Upping the ante in the fight for free speech

Why spiked wants to make freedom of speech the great cause of 2014. 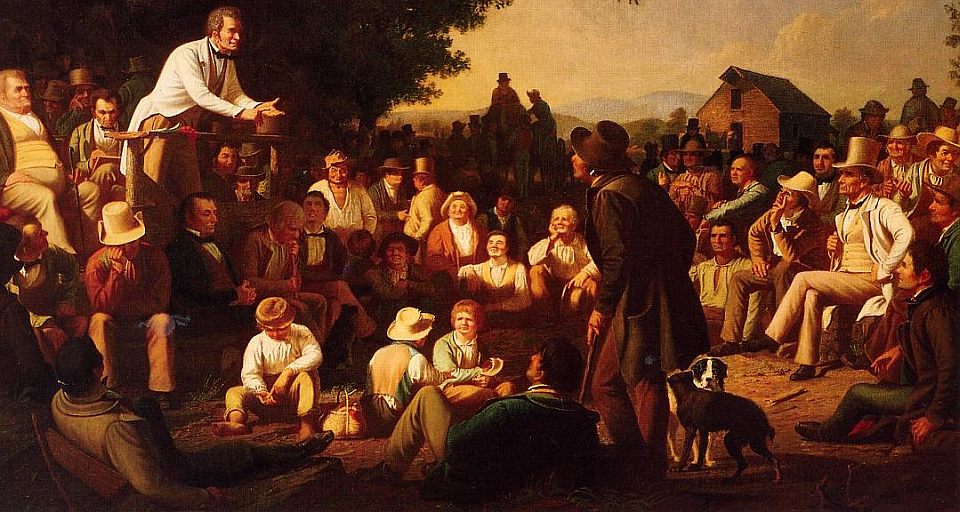 Spiked plans to make 2014 the year when freedom of speech comes back into fashion. We want to make the right to think, say, believe, write, publish, depict and argue whatever we choose into the great cause of the coming year.

For too long, that right, once considered the bedrock of any society claiming to be democratic, has been stymied, even suffocated. It’s been done in, not only by state-enforced laws restricting everything from offensive jokes to the ‘glorification of terrorism’, but also by more informal campaigns designed to make people conform to the ‘right’ way of thinking about the burning issues of our time.

In recent years, too many in the Western world, which advertises itself as free and open-minded, have watched as tabloid hacks have been rounded up and thrown in jail; as Christian firebrands have been arrested for preaching about ‘sexual sin’; as the questioning of historical conflicts has been rebranded ‘genocide denial’ and made a punishable offence; as students have burned newspapers containing articles that offend them; as comedians have been banned on the basis that they ‘incite hatred’; as unfashionable opinions on everything from the environment to the EU have been labelled ‘denial’ or ‘phobias’ and cast out of polite society; as football fans have been arrested for singing offensive songs or making crude chants…

Western society, even as it occasionally hectors foreign nations for failing to be free and democratic, has become alarmingly cavalier about freedom of speech. We now treat it less as an absolute freedom that must, by definition, extend to all, and more as a negotiable commodity that will be given to some (the good) and withheld from others (the bad and the ugly). Free speech now comes with far too many buts, ifs and restrictions attached. ‘I believe in free speech, but not for racists…’; ‘You can have free speech if you promise to use it responsibly…’; or consider the biggest but of all, in the European Convention on Human Rights, which says ‘Everyone has the right to freedom of expression’ and then in the next breath says this right ‘may be subject to such formalities, conditions, restrictions or penalties as are prescribed by law’. So actually, everyone doesn’t have the right to freedom of expression.

This watering down of freedom of speech is bad news, because freedom of speech is the freedom upon which every other right we enjoy is built. The right to vote, the right to protest, the right to political organisation, artistic rights, press freedom… none of those rights is safe if their father, freedom of speech, is not kept in good condition. The freedom to speak our minds, express our beliefs and publish our thoughts is the foundational freedom that allows us to be properly autonomous, engaged, enlightened citizens. Without it, we are reduced to charges of the state and expert cliques, who take it upon themselves to decide what we may know and, by extension, what we may think.

This is why spiked wants to reverse freedom of speech’s fortunes, and transform it from the negotiable commodity it has sadly become into the absolute and unfettered right for all that it must be. We plan to campaign, both online and offline, for full freedom of speech for everyone – for writers, thinkers, radicals, religious folk, rappers, football fans, tweeters and anyone else who thinks something and wants to express it. For too long, freedom of speech has been treated, particularly by prestigious liberal campaign groups that rally under its banner, as a right that only the right-on should enjoy, as something you should only fight for if the speaker in question has something of great moral worth to say. spiked, by contrast, recognises that unless freedom of speech is extended to everyone, including those whose speech we find offensive and disturbing, then it isn’t worth the European Court of Human Rights headed paper it is written on.

Our fight for freedom of speech won’t only be about defending the right of people to speak but also the right of the rest of us to listen and to decide for ourselves what is right, what is wrong, what is true, and what is bollocks. Because today’s myriad assaults on freedom of speech do not only mess with the rights of those who want to express themselves – they also undermine the liberty of everyone else to use what John Stuart Mill called their ‘mental and moral muscles’ and to make a judgement about which ideas are good and which are bad. Those who would chip away at freedom of speech always deliver a double-whammy assault – most immediately they dent the rights of people who have something to say, and over the longer term they land a blow on the moral autonomy of individuals across society, who are deprived of the right to hear and see things and to make a self-willed, independent decision as to whether those things have any value.

spiked will be demanding freedom of speech for all, with no ifs, buts, erming, ahhing, restrictions, restraints or delay. If you want to find out more, get involved or tell us about attacks on free speech in your area of interest or sphere of work, get in contact today. Email Viv Regan at viv.regan@spiked-online.com.