A Major problem with state schools 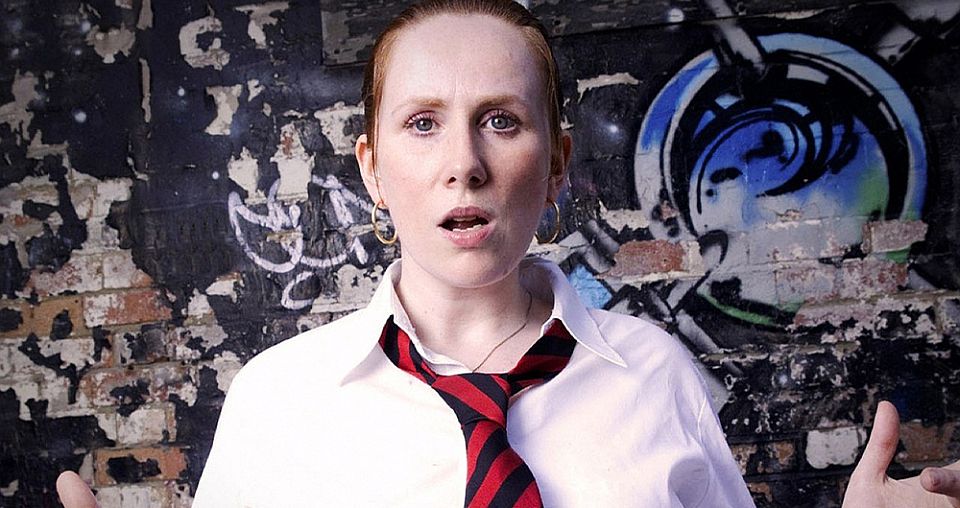 How on earth has ex-Tory prime minister John Major, a man hitherto associated with a back-of-the-throat monotone, rumours of grey pants, and a political vision encapsulated by the cones hotline, suddenly become the talk of the Westminster town? Simple: he made a speech that seemed to chime with the mainstream commentariat prejudices about politicians, particularly Conservative ones.

That wasn’t all he did last Friday, when confronted by the amassed ranks of the Norfolk Conservative Association. He also had a go at greedy bankers, and their collapsing banks; he even had a go at those who have spent more than they earn, and stored up debt for future generations, calling it ‘immoral’. But none of this quite hit the mark. After all, which mainstream politician today doesn’t spruce up his tired attacks on the opposition with naughty-banker sentiments, and a bit of ‘won’t someone think of the children’ grandstanding. He needed to say something with the taint of controversy. And then it happened. ‘In every single sphere of British influence’, he monotoned, ‘the upper echelons of power in 2013 are held overwhelmingly by the privately educated or the affluent middle class. To me from my background, I find that truly shocking.’

By Sunday, when the speech had been taken up by the media, its meaning was assumed. Major was attacking today’s government of the posh, with prime minister David Cameron and chancellor George Osborne firmly in his sights; he was waging war on the privately educated cabal running the country and keeping the poor and impoverished in their place; and, for many broadsheet commentators, this now made him ‘one of us’.

There has been no shortage of class warriors willing to join Major at the barricades. ‘Private schools… are symbolic of the wider link in this country between how much money your parents have and how much opportunity you’re given’, noted one commentator. ‘The problem is clear’, she concluded, ‘the question is whether we want to do anything about it’. Another pundit at the Guardian extended Major’s putative attack on the poshocracy: ‘[Health secretary] Jeremy Hunt is a stereotypical member of the modern elite… a head boy at Charterhouse (current annual boarding fees: £32,925) who went on to be a contemporary at Oxford of David Cameron and Boris Johnson. Hunt’s social tribe, needless to say, dominates the cabinet.’

Others, too, have been overly keen to agree with Major’s argument: Britain is a country ravaged by inequality, and the upper middle-class toffs now dominating politics and public life, and reinforcing this inequality, have been able to consolidate their position at the top by dint of the UK’s private school system. In short, they pay for the best education, therefore attend the best universities, and therefore get all the best jobs.

Yet something odd has happened here. The speech Major gave on Friday is not the speech that his new-found cheerleaders think he gave. In fact, the text itself suggests that Major wasn’t attacking private schools for fuelling so-called inequality (this remember is the man who, as prime minister, maintained a state subsidy for private schools, indeed, the man who sent his own kids to private schools). No, Major was in fact attacking (among other things) existing state education.

‘Our education system should help children out of the circumstances in which they were born, not lock them into the circumstances in which they were born’, he says right after noting the domination of public life by the privately educated. ‘We need [state-school pupils] to fly as high as their luck, their ability and their sheer hard graft can actually take them. And it isn’t going to happen magically’, he continues. ‘Everyone here is a parent, a grandparent or maybe one day will be a parent. Parents care about their children. They make huge sacrifices to achieve a good education for them. Those who can pay for it do so, others buy homes in good catchment areas so they can go to a good school. Not everyone can do that self-evidently. We need to extend choice in education and protect our children from the sink schools that are failing them in many parts of our country.’

What’s clear then is that Major was not indulging in some bien pensant rant against the posh and privileged. Rather, he was questioning why state schools, especially the ones that the middle classes avoid, namely the ‘sink schools’, fail to allow children ‘to fly as high as their luck, their ability and their sheer hard graft [could] actually take them’.

It is certainly dangerous to view education as a mechanism to change society. What schools ought to be doing is educating, not righting the wrongs of the class system, tackling inequality, growing the economy and so on. Sadly, too often in recent decades, much damage has been done to education by transforming it into a mere instrument for realising various social, political and economic objectives. Hence it has been the object of interminable policymaking, writ large in ex-Labour prime minister Tony Blair’s claim that the three most important issues of his then fledgling government were ‘education, education, education’. So one possible interpretation of Major’s speech – that state schools should be tackling social mobility – would only make the situation worse, generating forms of positive discrimination, ever-inflating grades, and little in the way of actual knowledge.

But there is something to Major’s attack. Kids being educated at state schools vastly outnumber the seven per cent of pupils who attend private schools. And yet, as everyone surely now knows, that seven per cent do indeed seem to dominate the upper echelons of society. For instance, 54 per cent of Tory MPs, 40 per cent of Lib Dem MPs and 15 per cent of Labour MPs were privately-schooled. Similar ratios prevail across law, finance and journalism.

Yet the problem is not the existence of private schools, where the expectations and demands are as high as the educational attainment. The problem is the existence of too many state schools, where the expectations and demands are as low as the educational attainment is massaged. Pupils at state schools are simply not expected to be capable of much. Their ignorance is patronised; their backgrounds held to be untranscendable. Shakespeare is too difficult, his language irrelevant; the sciences are too abstract and too hard; and history too date-and-fact oriented. And teachers besieged in the state sector, taking any criticism personally, play into the dampening down of aspiration and ambition by trying to dampen down parents’ expectations, too. So out come the mitigating circumstances; the social, economic and, increasingly, neurological factors that apparently explain why we should not expect too much of state-school kids.

While education can’t solve social problems, or magic up a culture of aspiration and striving, there is little doubt that as they stand state schools are failing children, especially working-class children. It is not a surprise that the upper echelons of society remain dominated by the articulate, erudite, super-confident products of private schools, when so little is expected of their counterparts in the state sector.