Harris’s scorched-earth anti-Trumpism is as mad as any religious cult. 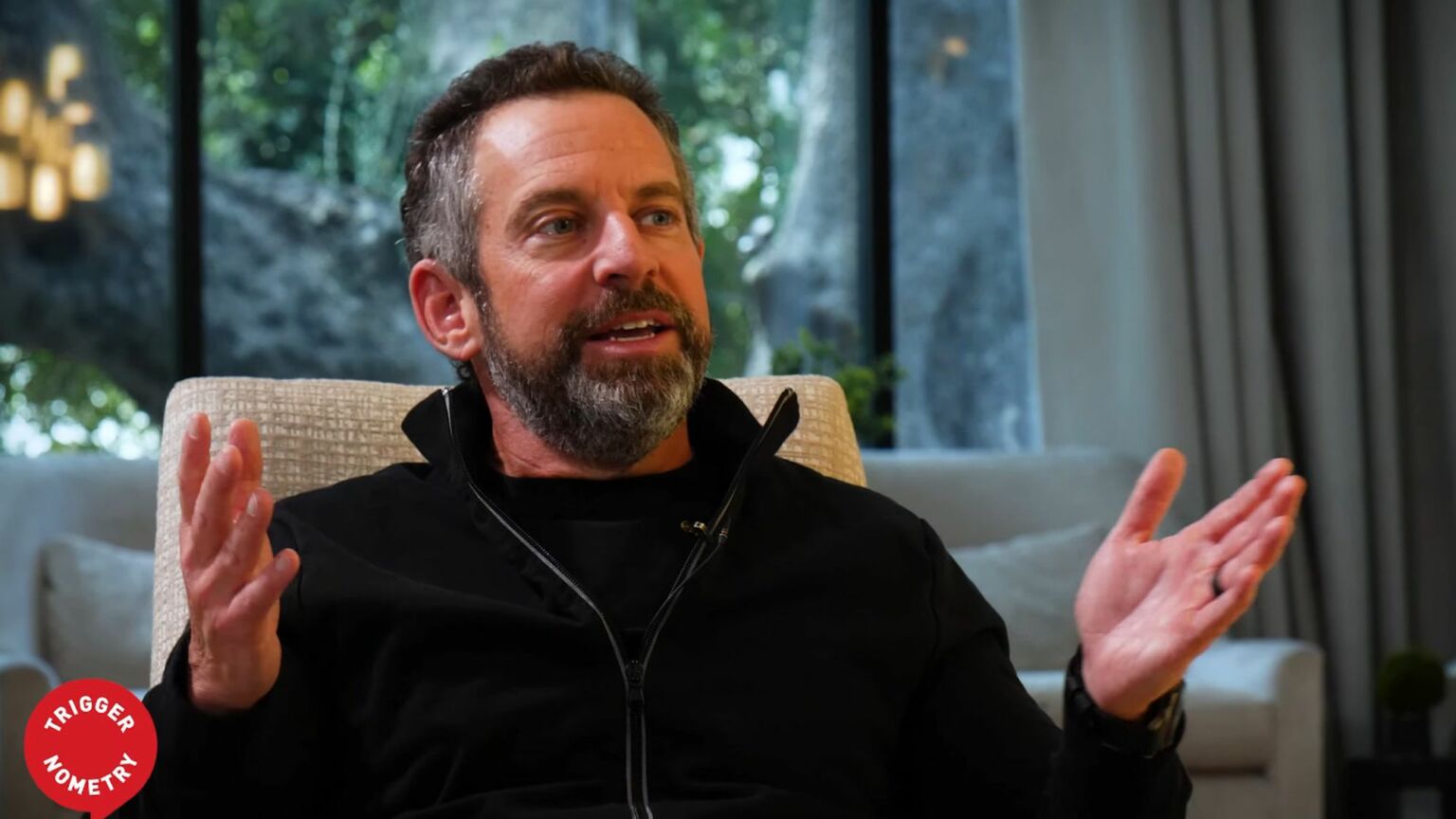 For years Sam Harris carved out an image of himself as a godless warrior for reason. He’s one of the West’s best-known atheists. He rarely misses an opportunity to diss religion and to insist that cool, rational, ideally scientific inquiry is alway preferable to dogmatic belief. Now he seems to have changed his mind. No, he hasn’t been baptised into the Christian faith or sworn allegiance to the Prophet Muhammad. But he has come out as a member of a modern-day cult that is every bit as cranky as any religious sect. Meet the new Sam Harris, devotee of the fundamentalist doctrine of all-out anti-Trumpism.

Harris has caused a stir with comments he made to spiked’s friends over at the Triggernometry podcast. He told a startled-looking Konstantin Kisin and Francis Foster that the media elite’s suppression of the story of Hunter Biden’s laptop was justified because everything had to be done to keep Trump from winning a second term. On Big Tech’s sinister shutdown of the New York Post’s story about the laptop in October 2020 – when social-media users were prevented from sharing the Post’s piece and the Post itself was locked out of its Twitter account – Harris acknowledges that many view this as a ‘left-wing conspiracy to deny the presidency to Donald Trump’. And it was, he says (‘absolutely it was’), but ‘I think it was warranted’. Why? Because Trump is ‘an existential threat to our democracy’, he says, and everything had to be done to kick him out of the White House.

So sometimes the dogmatic elimination of free inquiry is okay. Harris has slammed religion on the basis that it is ‘inimical to the norms of civil discourse’. And yet here he is, Mr New Atheist, Mr Rational Inquiry, being inimical to the norms of civil discourse. ‘True dialogue requires a willingness to have one’s beliefs about reality modified through conversation’, said Harris a few years ago. Such ‘inquiry’ is ‘the very antithesis of dogmatism’, he said. How he has shifted! Now he’s celebrating the top-down destruction of inquiry, the billionaire class’s prevention of ‘true dialogue’ about Hunter Biden’s laptop, in order to protect what amounts to a dogmatic belief: namely, that Trump is the devil of the democratic era.

Harris even seems to have abandoned his old love of proof. No disclosure, no revelation, no exposed truth from Hunter’s laptop would have been sufficient to shake him from his doctrinaire conviction that suppressing the laptop story was justifiable, he says. ‘I don’t care what’s in Hunter Biden’s laptop’, he tells Triggernometry. ‘There’s nothing’ Hunter could have done that would have changed his mind about using any means necessary to remove Trump from power, he insists. Even if the laptop contained truths about ‘the scope of Joe Biden’s corruption’, still he would not have altered his belief – in this case his belief that Trump had to be toppled to save American democracy. Harris seems to have become the very thing he hates: someone whose beliefs are immune to newfound truths. Even St Thomas was open to new information, to having his doubts allayed by the fleshy reality of the risen Christ’s wounds. Not Sam Harris. Certain Sam seems to have little of the openness of Doubting Thomas.

In a wonderful irony, Harris even says that ‘at that point, Hunter Biden literally could have had the corpses of children in his basement. I would not have cared.’ There’s something hilariously Old Testament about this, something almost Abrahamic. Hypothetically sacrificing children (or at least sacrificing an opportunity to recover children’s dead bodies) to a grand, all-consuming moral cause – truly has Harris undergone the most startling of conversions! From defending reason to submitting to Genesis-like blindness; from using discussion and science to uncover the truth to happily hiding truths – even hypothetically dark and criminal ones – in order to preserve his moral crusade. All that 2000s New Atheist yapping about the sanctity of inquiry and then they ditch it all in the name of toppling Bad Orange Man.

There are two really striking things about Harris’s admission that he supported the censorship and authoritarianism that was deployed against the Hunter laptop story. The first is the irony of anti-Trumpers claiming to be the defenders of democracy even as they go along with the increasingly anti-democratic crusade against Trump. Freedom of the press, freedom of speech and the right to know as much as possible about the people standing for election are essential to democracy. And yet Harris and other dogmatic loathers of Trump, including the partisan capitalists of Silicon Valley, were happy to see those things suspended in the run-up to the 2020 election. As Konstantin Kisin says to Harris, he is essentially supporting a plot to ‘destroy democracy in the process of protecting democracy’.

And the second thing is just how unhinged and destructive anti-Trumpism has become. Now, you can be pro-Trump or anti-Trump – both are fine; both are entirely legitimate positions in the to and fro of American public life. But there is clearly now a creed of elite anti-Trumpism that goes far beyond the normal position-taking and argument-making of the democratic process, and which instead has become a cultish obsession with the allegedly unprecedented threat that the Orange One poses to America and the world. Indeed, Harris likens a second Trump term to an ‘asteroid hurtling toward Earth’. That is, it would be a planet-destroying event, an apocalypse, an End of Days affair. Some religious fundamentalists anticipate floods and fire; this Trump-hating New Atheist frets over an asteroid-style cataclysmic event. Whether he’s being described as the New Hitler or the worst American president of all time or an asteroid made flesh, the more that Trump’s menace is talked up, and wildly exaggerated, the more that any measure can be justified to keep him out of office. Even illiberal, undemocratic, dogmatic measures, such as we saw in late 2020.

Here’s the truth (if Harris and Co can still handle a bit of truth): anti-Trump hysteria now poses a far greater threat to the American Republic than Trumpism does. From the deranged Russiagate conspiracy theory to the unprecedented raid of Trump’s Mar-a-Lago home, from the open use of censorship to defend Hunter and Joe Biden to the seeming abandonment of the principles of democratic inquiry by Trump-haters like Sam Harris, Trump-phobia is upending liberal values and open political debate. Everyone needs to calm down. Democracy must not be sacrificed, Isaac-style, to the dogmatic fears of irritated liberals.