Robb Elementary and the cowardice of the elites

Why did it take cops more than an hour to storm the classroom and kill the gunman? 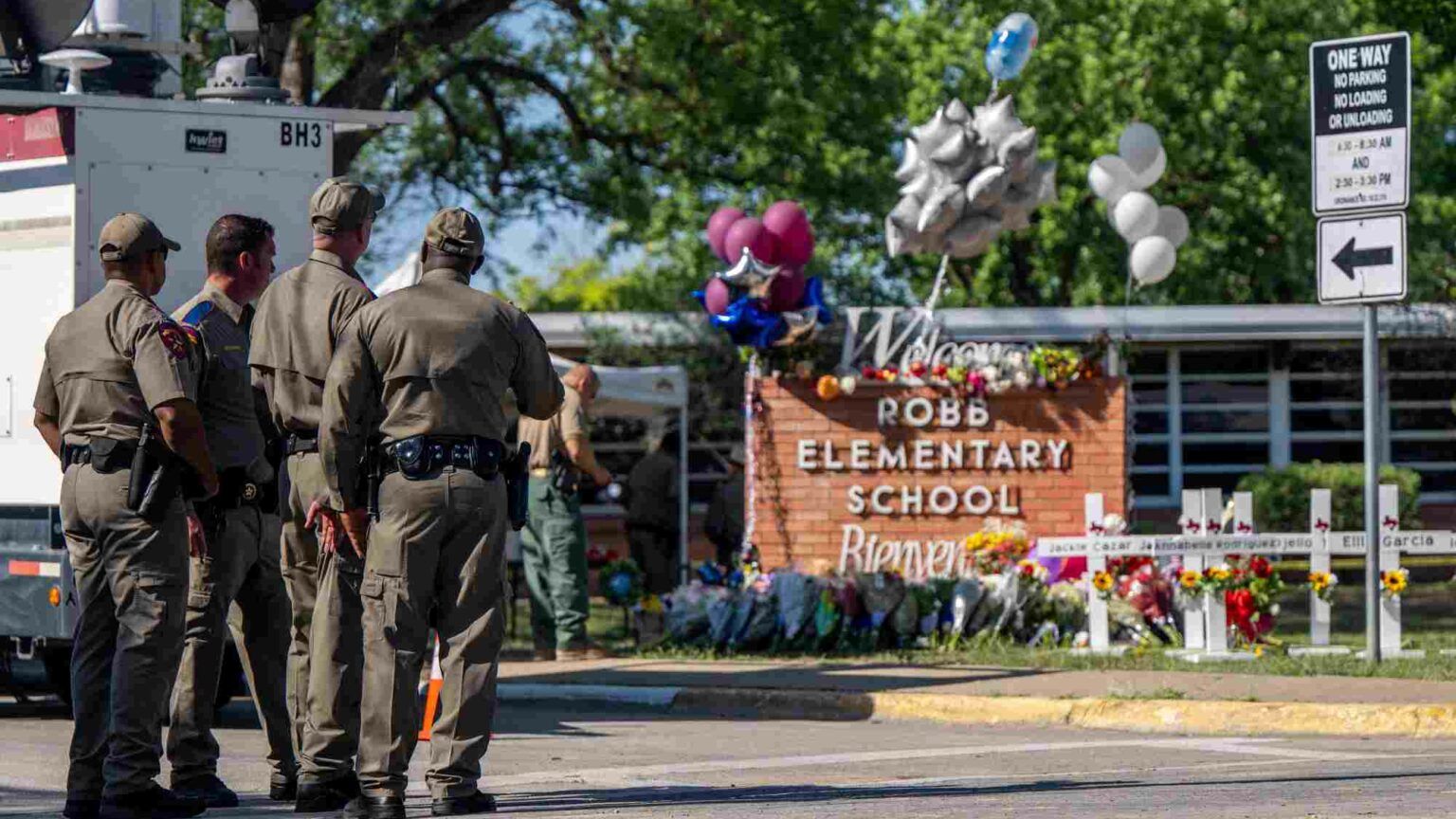 Everything about the Robb Elementary school massacre is grim. Nineteen children and two teachers shot dead. The husband of one of the teachers dying from a heart attack two days later. Then there are the bone-chilling stories of how the kids who were targeted in this barbaric assault, mostly aged 10 and 11, tried to avoid being killed. One reportedly smeared herself with some of her friend’s blood and then played dead. This was a truly hellish event.

Incredibly, there is another layer to this terrible act – the alarming failures of the authorities. On top of the moral vacuum in which the shooter was operating, there was the bureaucratic disarray of those charged with protecting citizens from such wicked individuals. Children were stuck in the classroom with the killer, with the mass murderer of their friends, for more than an hour before police entered and shot the gunman dead. This is one of the most extraordinary facts from that dreadful day in Uvalde. It is difficult to make sense of it.

Last Tuesday in Texas, the first 911 call about the shooter was made at 11.30am. This was around the time that the shooter was barricading himself into two connected classrooms full of fourth-grade kids. It wasn’t until 12.50pm that cops breached the barricade and shot the shooter dead. What happened between 11.30am and 12.50pm? Something nightmarish. This will go down, surely, as one of the most shameful hours of recent times in the United States.

From around 12pm, police received numerous calls from children inside the classrooms that were being terrorised by the shooter. One, a girl, called at 12.03pm, whispering. She told the police her name. She called back at 12.10 and told the police that there were multiple dead. She called again at 12.13. And at 12.26. She told police she could see eight or nine dead students. Just try to compute the horror of being a child surrounded by dead friends whispering to a 911 operator while the murderer is close by.

Another student, also a girl, called 911 at 12.19. A fellow student whispered to her to hang up, so she did. She called again at 12.21 and – in possibly the most chilling detail from that day – gunshots could be heard in the background to her call. There were three shots. Presumably this was the killer finishing off some of his targets. The girl called back at 12.43 and 12.47, and on both occasions she asked 911 to send the police. She begged, as one report put it, to ‘please send the police now’.

At 12.50pm, during one of the calls, numerous shots and loud shouting could be heard in the background. This, finally, was the noise of officers breaking into the classrooms, where they killed the gunman and evacuated the surviving children. That was one hour and 20 minutes after the first 911 call about a shooter on the school premises had been received.

What happened? Where were the cops? Incredibly, they were inside the school. They were in the hallway. Nineteen law-enforcement officers waited in the hallway in the mistaken belief that no lives were at risk. Even though 911 was receiving numerous calls that made it clear that children were dead or dying and that the gunman was still alive and still active. The 19 officers were told by the commander on the scene – the school district’s chief of police – to wait until a tactical team arrived to take care of the situation. Eventually a Border Control tactical team turned up, entered the classroom, and killed the killer.

Grimmer still is the fact that cops outside the school prevented distressed parents and other adults from going in to find out what was going on. To find out if their kids were safe. So there was the appalling situation where, in essence, the killer was given the space to carry out his dreadful act; where officers stayed away from him and other adults were prevented from reaching him. Instead he was left alone with the children he wanted to kill for what will no doubt be recorded as one of the longest hours in recent American history. Cops ‘let our babies get slaughtered’, said the father of one of the victims.

Clearly there will need to be some kind of inquiry into these catastrophic failures of policing. The residents of Uvalde will make sure of it. Already local police colonel Steven McGraw has said cops made the ‘wrong decision’ in failing to storm the classroom at the earliest opportunity. It remains to be seen whether it was miscommunication or misinformation that led to a situation where 19 officers waited in a hallway around the time that 19 schoolchildren were being shot to death. Or was it something else? Could it be that this appalling failure speaks to a deeper institutional and moral rot in US society, and in Western society more broadly?

The question many people will be asking themselves is why none of the 19 officers in the hallway felt compelled to break into the classroom. Even if their orders were to stay put. Even if they had been told that no one was at risk. They knew there was an armed man in there, with children. So where was that instinct we hope we all would feel in such a situation to smash the doors down and make sure the kids were safe?

That people whose very vocation is to protect and serve failed to protect and serve raises some serious questions about the temper of our times. It suggests that the virtues that make civilised life possible – courage, bravery, the taking of risks in the name of a greater good – are in a pretty parlous state right now. We live in a time in which teachers shirked their duty to educate the next generation because they didn’t want to catch a virus. In which vast swathes of the Western bourgeoisie are refusing to return to work because they prefer the comforts of WFH. In which the UK Foreign Office seriously messed up the evacuation of British passport-holders from Afghanistan because they weren’t in the office, doing the hard work. In which police officers in the US and here in the UK seem increasingly reluctant to take big risks to save life and limb. So not only did 19 officers stand in a hallway while a gunman terrorised kids in Texas, but also police and ambulance services took nearly an hour to arrive on the scene of the 2017 Manchester Arena bombing apparently because they were not sure if it was safe.

It is thought that two of Manchester’s 22 victims could have been saved if emergency services had arrived sooner. No one wants to ask this question, I know, but is it possible that some of the children of Robb Elementary bled to death because of the long, long wait before the intervention of the authorities? We need to know.

The bottom line is this: a society in which adults will not risk everything to save children, to protect the most vulnerable from harm, is a society that has lost its moral bearings. We seem to be witnessing a great retreat of elites in Anglo-American society. They’re retreating from the workplace, retreating from the vocation of education, and retreating from the necessity of sometimes putting one’s own life on the line in order to protect the lives of those who are younger and weaker. The Robb Elementary horror reminded us of something we all know – that there are evil individuals in our society. It may also have revealed that some sections of our society increasingly lack the valour and selflessness required to confront such evil.