After Uvalde: can America pull together?

Mass shootings are now just another weapon in the culture war. 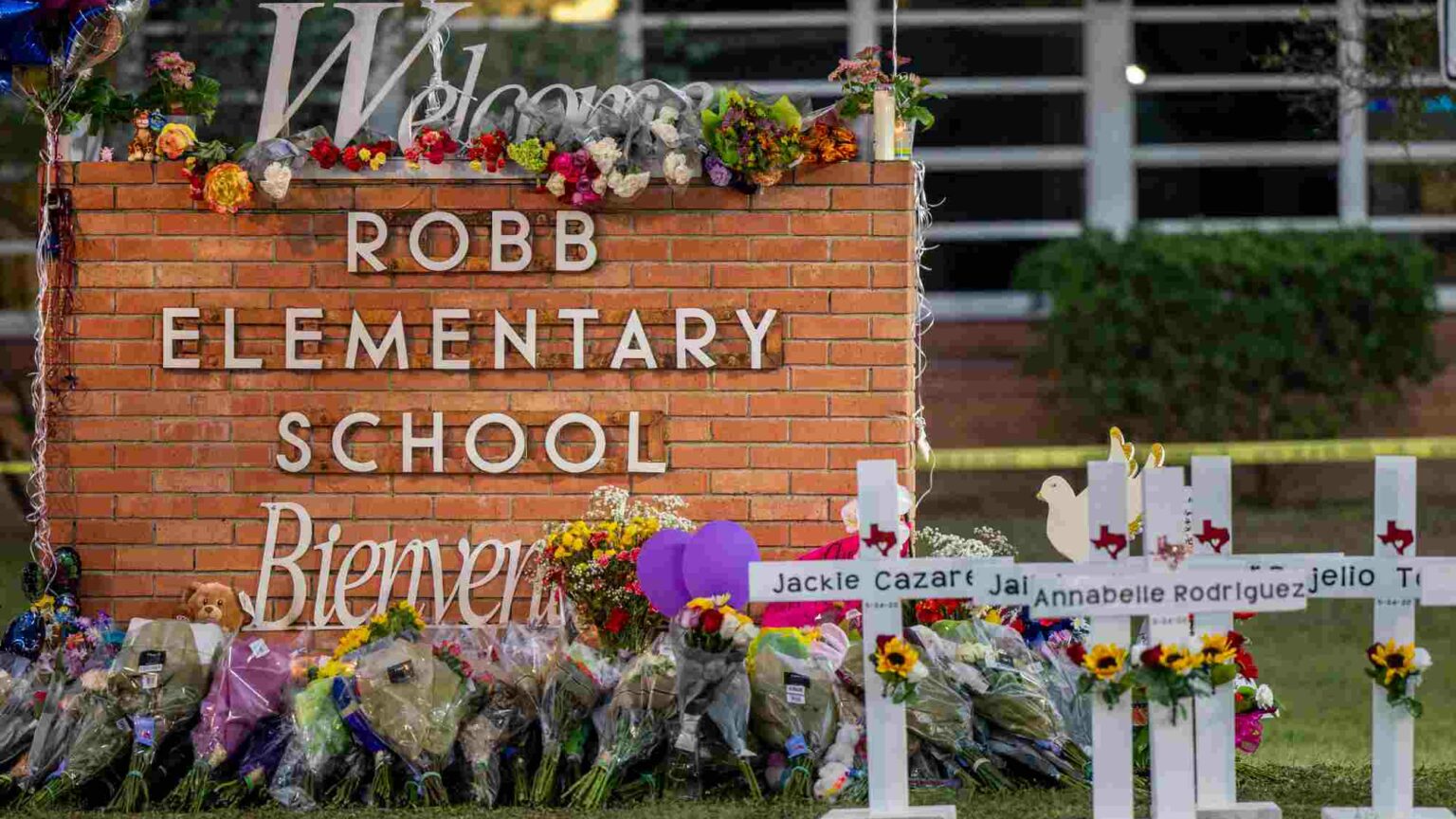 It is difficult to comprehend this week’s events in Uvalde, Texas. Twenty-one people, including 19 young children and two teachers, died by gunfire – as did the suspect, Salvador Ramos. With it coming so soon after the mass shooting in Buffalo, New York, which killed 10 people earlier this month, Americans are understandably shaken.

Pictures of the young victims who lived in this rural Texas town are starting to emerge. As is more information about the suspect. In the coming days and weeks, we will no doubt learn more about these awful murders, though we may never know exactly why they occurred. There is little one can say at a time like this other than to express condolences to the bereft families and friends of the victims. ‘I’m so sorry for the victims and their families. I really don’t know what to say’, said one woman on Instagram, who received cryptic messages from Ramos before the shooting.

Sadly, too many seemed to know exactly what to say – even before many facts had been established. These murders were quickly weaponised in the culture wars as a way to attack Republicans and others who aren’t calling for immediate, tougher gun controls.

Texas Democrat Beto O’Rourke interrupted a press conference to tell sitting governor Greg Abbot, ‘This is on you’. A blue-tick academic and popular pundit tweeted: ‘At this point, opposing gun control is enabling mass murder. Period.’ Tristan Snell, a lawyer and pundit with hundreds of thousands of followers, tweeted: ‘BREAKING: Uvalde killer did not act alone. He was helped by one governor, dozens of state legislators, hundreds of federal legislators, and various federal judges, who are still at large – and in office.’

President Biden piled in, too. ‘It’s just sick’, he said. ‘The idea that an 18-year-old kid can walk into a gun store and buy two assault weapons is just wrong… Where in God’s name is our backbone, the courage to do more and then stand up to the lobbies? It’s time to turn this pain into action.’

We are in danger of losing sight of what happened in Uvalde – and of who is really responsible for the murders. We know the 18-year-old suspect crashed his truck outside of a school and that, after entering, he shot 19 young children and two teachers. We are learning that police at the scene were hesitant to move into the building. Still, there is no evidence that anyone other than Ramos is responsible.

Feeling under fire, Republicans have issued a number of off-the-cuff policy proposals. Some have called for more people to be armed – and trained – to respond to mass-shooting events. ‘People who are shooting people, who are killing kids, are not following murder laws. They’re not going to follow gun laws’, said Texas’ attorney general during an interview with Newsmax. ‘I’d much rather have law-abiding citizens armed and trained so that they can respond when something like this happens because it’s not going to be the last time.’

Some Republicans say we need to do more to resolve mental-health issues. Others have called for a ‘return to God’.

Arguably, the Republicans’ most wrongheaded proposal is that of arming school employees. A school-resource officer fired at the shooter as he arrived at the school, but it did not stop him from entering the school building. According to bystanders, the police, despite being armed, did not initially enter the building, even as onlookers urged them to do so. The police shot the suspect dead after about 60 minutes. There are certainly questions to be asked about this case. But having more armed teachers or school employees is clearly not the answer.

So what is the answer? Frustratingly, there may not be one. There are an estimated 400million guns in the United States – four for every three Americans. There is no rational way to seize all of them, register them or prevent them from getting into the hands of the ‘wrong’ people. No doubt, with the benefit of hindsight, we will see that there were signs of the killer’s troubles that were missed, or specific actions that weren’t taken that might have prevented this particular mass shooting. But there is little that can be done to prevent a determined individual from taking the lives of children.

Though cold statistics offer little comfort after such a tragedy, it is worth looking at the actual risks of such events occurring. School shootings of this kind are incredibly rare. While the media make hyperbolic claims, such as that firearms kill more children than car crashes and cancer, schools in the US are generally very safe places. In 2019, five pupils were killed by guns in schools, out of the 50million pupils who attend most days.

Could the authorities prevent people like Ramos from getting hold of the weapons he did? He had no criminal record and no known mental-health red flags that might have prevented him from buying the rifle he likely used in the attack. There is little evidence that background checks prevent violence, in any case.

Nor would banning the type of weapon that Ramos allegedly used make much difference. The object of many Americans’ ire – ‘assault weapons’ – are used in very few homicides each year, despite the hysteria surrounding them. An estimated 20million assault rifles – which are semi-automatic rifles that are made to look like military weapons – are already in the hands of Americans. Ideas such as a ‘buyback’ programme, put forward by liberal Democratic senator Dianne Feinstein, are unfeasible. Given that assault weapons were used in about 2.6 per cent of homicides in 2019 – fewer than feet and fists – it seems a fatuous task.

Proponents of gun control complain that nothing has changed since the Sandy Hook shooting of 2012 – arguably the most comparable school shooting to the Uvalde tragedy. But much has changed in our response. Unlike in the aftermath of Sandy Hook, there have been no attempts to find common ground between gun-owning Americans and those calling for gun control. After Uvalde, we only have a maelstrom of hate directed at anyone who does not agree we need immediate gun controls. This emotive breast-beating helps no one.

There is also an increasing tendency to medicalise gun violence. By referring to gun ownership as an ‘epidemic’, as if guns were an infection, authorities hope to override the Second Amendment rights guaranteed by the US Constitution. Gun violence – like the shooting in Uvalde – does not stem from a gun behaving erratically, as if infected by a virus. It is the result of conscious human actions.

If there is an answer, it must be arrived at democratically and by bringing Americans together. The highest rate of gun violence for two decades – and record gun sales – occurred in 2020, the year of the pandemic and the BLM riots, where people became isolated from each other and fearful authorities withdrew from some of the neediest areas. Arguably, we need to understand this far deadlier trend even more than we need to understand why Ramos killed nine- and 10-year-old children in his neighbourhood school. But we will understand little if the discussion descends into a bitter blame game.