Hungary has revealed the EU’s contempt for democracy

Euro elites pose as defenders of freedom – until an election doesn’t go their way. 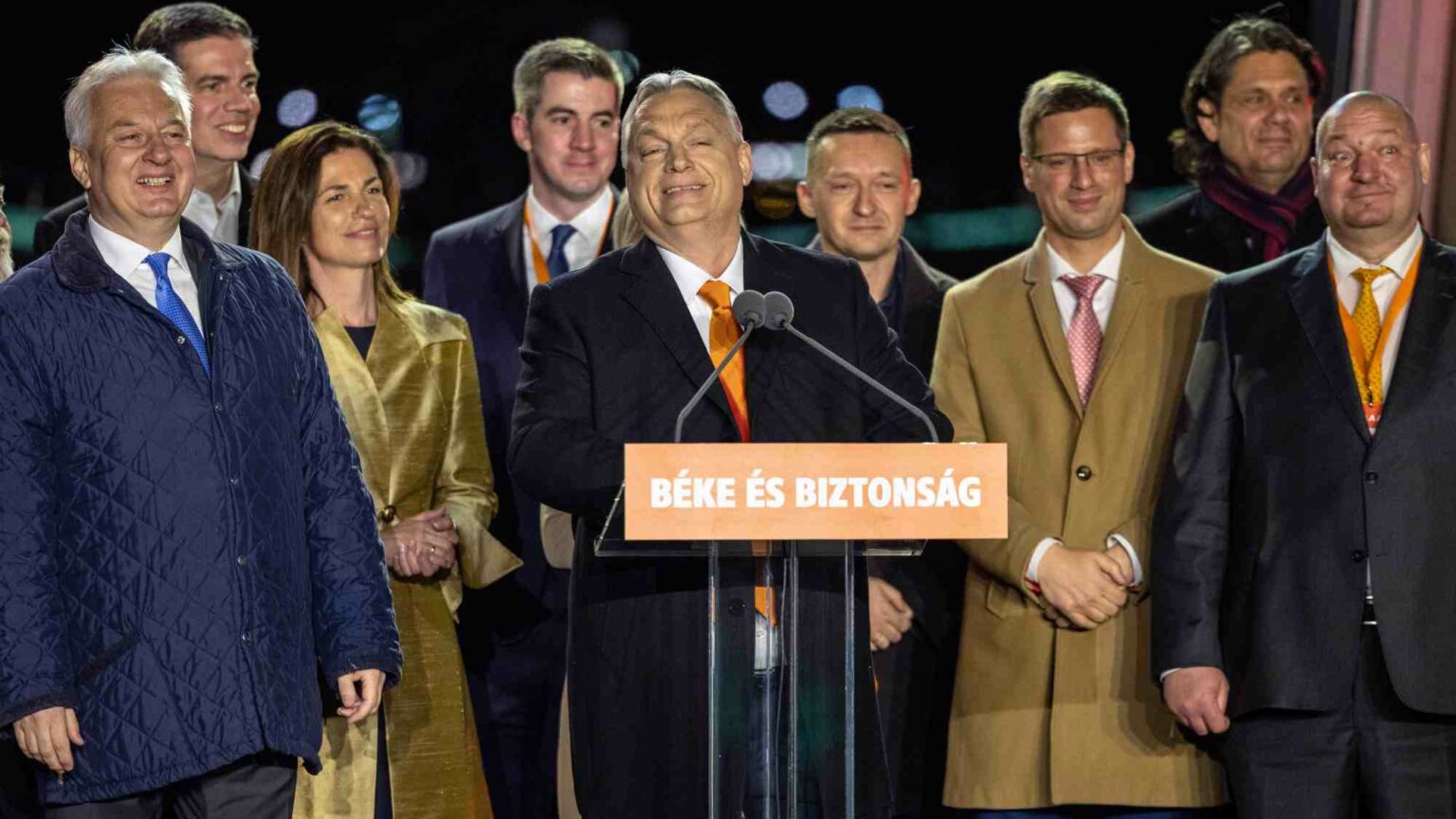 Remember the other day when the European Union was pretending to care about sovereignty and democracy? When Russia’s imperialist invasion of Ukraine had supposedly united European elites in their staunch, unflinching belief in a people’s right to determine their own destiny and shape their nation? You’ll be shocked to learn that they didn’t really mean it, at least if their reaction to the Hungarian election is anything to go by.

On Sunday, Viktor Orbán and his ruling Fidesz party won a landslide victory. Already the longest-serving EU leader, Orbán is now heading into a fourth consecutive term, with a two-thirds majority in parliament and an increased mandate. United for Hungary – an opposition coalition stretching from ex-communists to ex-fascists – defied the raised expectations of Euro elites and put in a dreadful showing, capped by gaffe-prone leader Péter Márki-Zay failing to win his own constituency race.

In the election, Orbán presented himself as a doughty defender of Hungarian national identity and interests against a meddlesome European Union and international set. Budapest and Brussels have been locked in a years-long battle over alleged ‘rule of law’ breaches and LGBT rights. The EU is currently withholding €7 billion of coronavirus recovery funds from Hungary as part of a bitter legal standoff. In this, Márki-Zay was an all-too-willing foil, arguing that his government would be a ‘grand prize’ for the EU.

In February, the European Court of Justice rejected a challenge by Hungary and Poland, upholding the legality of withholding funds from member states if they fail to adhere to ‘core values’. It sent a clear message to the Hungarian electorate in the run-up to the election: reject – or at least humble – this troublesome government or else. Now that Hungarians have politely refused to be pushed around, the European Commission has said it will press ahead with the formal mechanism that will deprive Hungary of the funds indefinitely.

Meanwhile, the European liberal media took a break from piously intoning about the defence of democracy in Ukraine to decry the election result in Hungary. Timothy Garton Ash even linked the ballot-box revolt to the barbarism in Bucha. ‘The Ukrainian horrors are clearly far worse than the Hungarian miseries, but the two are fatefully connected’, he wrote in the Guardian, accusing Orbán of being a Putin stooge. ‘Europe should now get tough on both the Russian enemy without and the Hungarian enemy within.’ A Guardian editorial similarly called for swift EU action against this pesky central European state.

This caricature of a Budapest government taking Hungary down a Putinist path is constantly invoked. But these fever dreams simply do not match up to the reality. The Hungarian government definitely has questions to answer over corruption, its sway over sections of the media, and its use of its super-majority to reshape institutions in its interests. In the election campaign, there was reportedly a blurring of the lines between government announcements and campaigning. But Orbán’s Hungary is not teetering on the brink of dictatorship.

Indeed, that this election happened at all must have been surprising to Orbán’s more hysterical critics. In March 2020, they dubbed Hungary ‘the first dictatorship in the EU’ after the government passed a law empowering it to rule by decree during the pandemic. The law was horrifying and anti-democratic, of course, but then so were all the other similar laws passed across the EU and the UK during the pandemic. If anything, the Hungarian government was somewhat unusual in that it handed back its new powers just a few months later.

The idea that Orbán is in Putin’s pocket is also a smear. Hungary has refused to send weapons to Ukraine and is against further oil and gas sanctions, but it has condemned the invasion and taken in thousands of refugees. Orbán says he backs the Ukrainians in their fight for sovereignty, but wants to make sure that Hungarian lives or living standards aren’t further imperilled by a war that isn’t theirs. He has made himself unpopular among erstwhile allies for doing so, but he has hardly sided with the aggressor here.

The Hungarian opposition undoubtedly faced some serious disadvantages at the election. But the scale of its defeat cannot be explained away by a warped media and campaigning environment. Márki-Zay – who was decrying the vote as rigged even before it took place – was his own worst enemy. As were his EU cheerleaders, whose thinly veiled support played directly into Orbán’s hands. The fact that Fidesz’s vote share and number of seats increased suggests that, whatever else his government is, it is popular with the electorate.

The primary threat to democracy in Hungary does not come from its elected government. It comes from an EU elite that is intent on punishing Hungarian voters for daring to go their own way. None of this should surprise us. The European Union exists to limit democracy, to place technocrats over the heads of national leaders and the people who elect them. The lesson from Greece to Brexit to Budapest is that Euro elites love democracy, until a democratic vote goes the ‘wrong’ way.

But to see this scene play out again is particularly sickening against the backdrop of the Ukrainian war. The Ukrainians’ impossibly brave fight to defend their sovereignty and self-rule raises awkward questions for a European Union that has been undermining those principles in practice for decades – only using edicts and austerity, rather than tanks and bombs.