Why shouldn’t Keir Starmer write for the Sun?

The Labour left thinks that Sun readers aren’t worth engaging with. 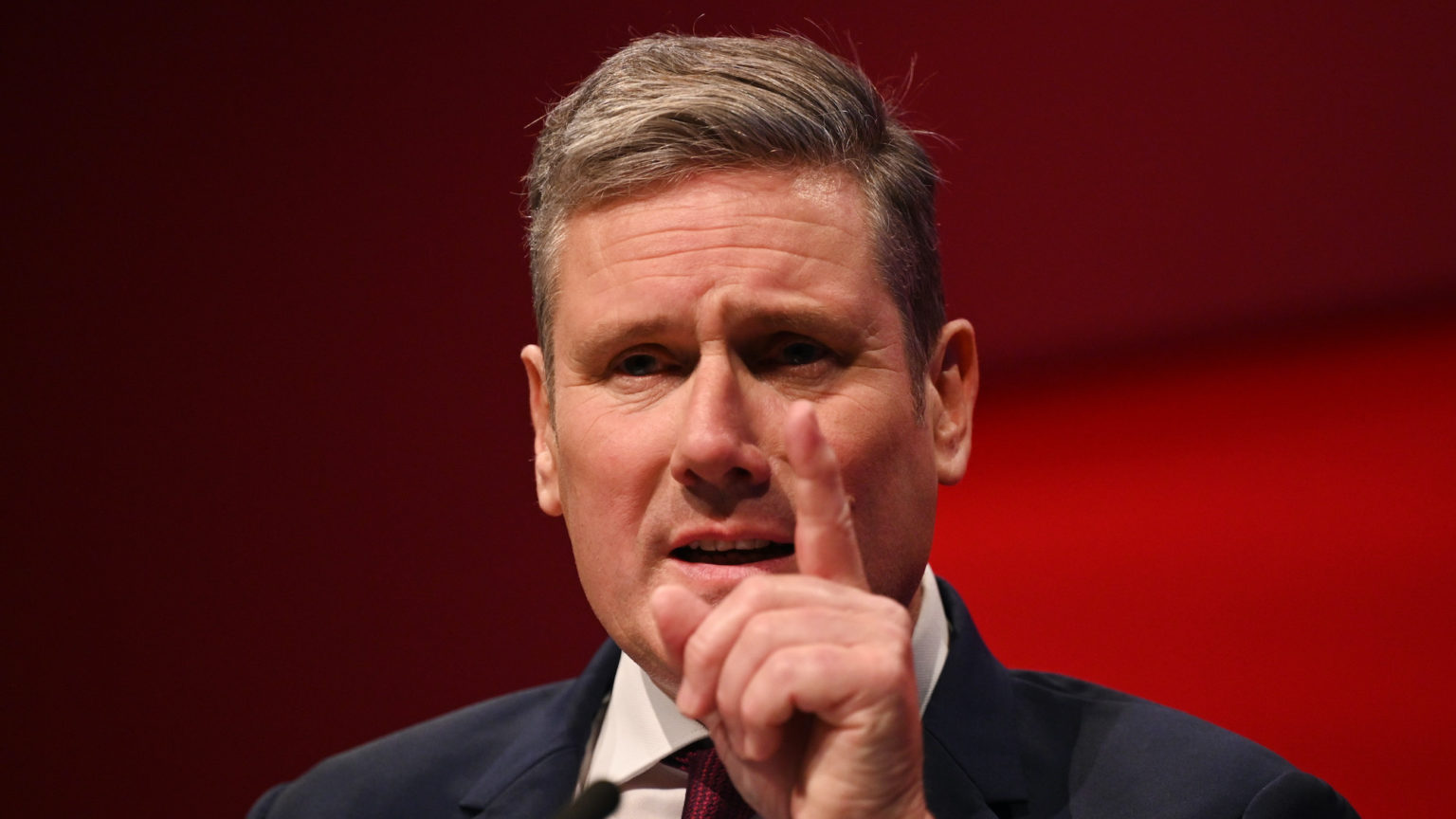 A Keir Starmer opinion piece on supermarket shortages isn’t something that should inspire strong feelings from anyone. Lines like ‘Britain deserves better than this incompetence and total lack of leadership’ really shouldn’t provoke strong disagreement, especially from the Labour benches. But there is a group of Labour MPs who are up in arms about Starmer’s article, which was published over the weekend. They’re not upset about the content of his bland musings, but at where he chose to publish them. Namely, the Sun – or the S*n, as some on the left insist on styling it.

These days fraternising with the dreaded Sun newspaper is a big no-no for many Labour activists and MPs. Starmer is well aware of this. This is why he promised last year that he would not give an interview to the Sun – at least while he was campaigning for the Labour leadership. It was a sneaky technicality that didn’t escape anyone’s notice.

Labour’s Merseyside MPs, Liverpool city region mayor Steve Rotherham and Liverpool mayor Joanne Anderson were united in condemning Starmer’s Sun piece over the weekend. ‘How dare he write for the S*n’, chimed in fellow scouser Len McCluskey. Liverpool’s hatred of the Sun stems from the infamous 1989 front page, ‘The Truth’, which spread vicious lies about those who died in the Hillsborough tragedy. Ever since, shops across Merseyside have refused to stock the paper.

But it wasn’t just Liverpool MPs and activists who condemned Starmer’s supposed treachery. The Corbynista wing of the party was also furious, though their anger is far less convincing. Zarah Sultana proclaimed Starmer’s op-ed an ‘insult to Liverpool’ and ‘to the football community’. She accused him of ‘alienating a group of core working-class supporters’. Which, to be fair, is something the Corbynistas have some expertise in.

The most notable intervention came from former shadow home secretary Diane Abbott, who tweeted twice in opposition to Starmer’s Sun outing. Though as the Sun handily reminded her, Abbott has herself written for the paper. Back in 2010, she argued in the Sun’s pages that Gordon Brown’s Labour had lost touch with Sun readers and needed to do more to reconnect with them. Now it seems she would prefer her party leadership to ignore Sun readers entirely.

Of course, Labour has always had a love-hate relationship with Britain’s biggest tabloid. In the 1980s and 1990s, Labour activists blamed the Sun for wrecking the party’s chances at the ballot box – particularly in 1992 when John Major won a surprise victory against Neil Kinnock. The Sun endorsed Major and mercilessly trolled Kinnock. But when Blair, Brown and Mandelson took over the Labour Party, they obsessively courted the Sun. And funnily enough, during that decade or so of Labour government, denunciations of the Sun’s Hillsborough coverage were few and far between.

But that cosiness soured towards the end of Labour’s term. For the 2010 election, the Sun switched its support to David Cameron’s Tories, and Labourites started seeing red at the red top again. Ever since then, the Sun has given lukewarm support to the Conservatives, and has made great hay out of the haplessness of Brown, Miliband and Corbyn. This is surely what has really riled up the Labour faithful.

And now, Sir Keir, as part of his tuneless New Labour tribute act, wants to try to rekindle that good relationship with the tabloids. In the absence of any serious vision for the country, the medium (or the media) has taken on an elevated importance over the message. No doubt the Starmerites think that, if they can just place their focus-grouped utterances in the right places, they can reconnect with working-class voters.

Both the Corbynistas and the Starmerites, for all their squabbling, seem to agree that public opinion slavishly follows the tabloids. The Starmerites want to use this alleged power to help them get elected. But for the Corbynistas, working-class Sun readers are not worth talking to. They are part of that section of the working classes that can apparently be written off as ‘gammon’. They voted for Brexit, they don’t like political correctness and they don’t think men can become women. Presumably because the Sun told them what to think.

The Corbynista turn against the Sun goes much further than Labour’s usual tabloid-bashing. It speaks to how even under a ‘left-wing’ leadership, Labour drifted even further from its working-class base than it did under Blairism. Culturally, the Labour Party is now much more in tune with university-educated Guardian readers than with allegedly gruff, gammony Sun readers. It no longer looks to these voters for support.

As with nearly every attack on the press, it is the readers who are the real targets of this Corbynista fury. They are railing against working-class voters’ refusal to support Labour and the Corbyn project – not the Sun’s dodgy journalism in the 1980s.

By attacking the press, those on the Labour left can avoid asking hard questions about why their party keeps failing – and why the very people the party was set up to represent have turned their backs on it.