Stop this culture war against the working class

‘Taking the knee’ has become the latest weapon in the woke elites’ war on the plebs. 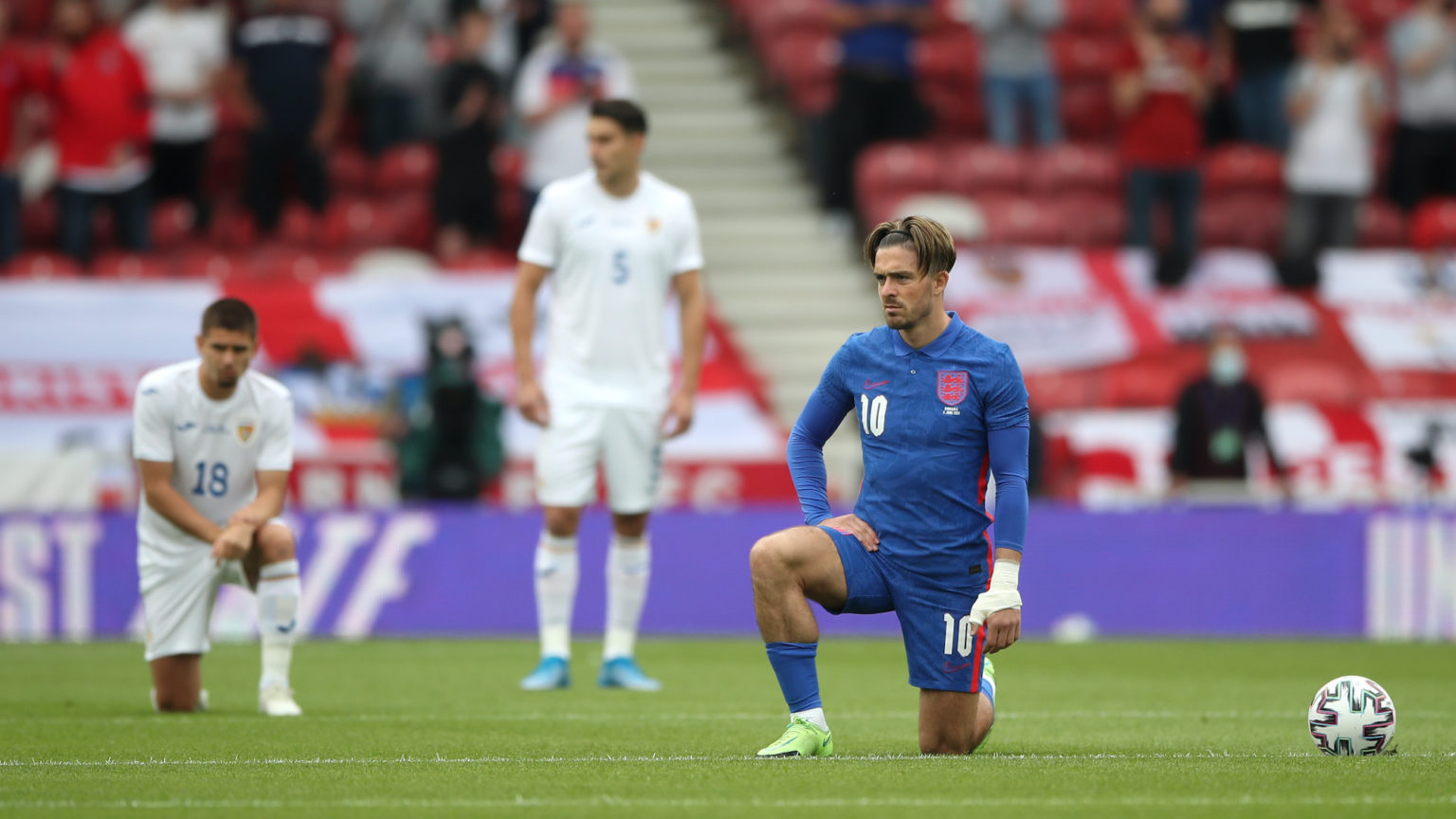 So now we know what ‘taking the knee’ is all about. Now we know why footballers in the UK – 4,000 miles from the site of George Floyd’s murder last year – are still bending down in silence at the start of every game. It isn’t about Floyd. It isn’t about racism. It isn’t about raising awareness of the fact that some lowlifes on Twitter think it’s funny to racially abuse black footballers. No, taking the knee is now little more than an elitist provocation. It has become a way of goading working-class football fans. This is the footballing elites – cheered on by the media class, the political establishment and the Twitterati – reprimanding the masses in the stands for their presumed prejudices and idiocies. The bent knee is yet another weapon in the never-ending culture war on the oiks.

This is why the recent storm over the taking of the knee, the noisy booing of it by irate fans, has not led to a rethink of this increasingly bizarre pre-match ritual. On the contrary, there’s been a doubling down, a stubborn insistence on the part of everyone from England manager Gareth Southgate to all those turbo-smug NuFootball scribes on the broadsheets that this showy genuflection to the politics of identity must continue. To teach the Neanderthals a lesson, you see. That some fans have booed the taking of the knee shows why the taking of the knee is so necessary, everyone is saying. And there it is. The truth about this patronising spectacle. It isn’t about Derek Chauvin, or police brutality, or the mercifully small number of wankers who say racist things on social media. It’s about you, the prole in the terraces, the oaf watching on TV – it’s about reminding you of your moral inferiority. That’s why it must continue.

Southgate has rather given the game away. After England fans booed the taking of the knee at the Austria game last week and at the Romania game yesterday, he made it clear the kneeling will go on. With added oomph. ‘We feel more than ever that we are determined to take the knee throughout this tournament’, he said (my emphasis). And the fans who have loudly registered their disapproval of this infiltration of football by virtue-signalling? Screw ’em. ‘We’re going to ignore that and move forward’, said Southgate. This is unusual behaviour. People who run institutions or organisations might normally be expected to engage with displeasure in their ranks. Not in this case, though. The displeasure of fans over the politicisation of the beautiful game must simply be ignored, or mocked, or agitated against with ever-more determined knee-bending. Because that’s what the kneeling is increasingly all about – it’s a knee on the metaphorical neck of the gruff, unenlightened little people who make up football’s fanbase.

Football pundit and Remainiac anti-democrat Gary Lineker has also indicated that the kneeling is now primarily aimed at the oiks. ‘If you boo England players for taking the knee, you’re part of the reason why players are taking the knee’, he declared. For those football commentators who love football but fear its strange, loudmouthed fans, the booing is proof of what hotbeds of hate the stands have become. The booing is a ‘shameful, hurtful act’, says the Guardian’s Barney Ronay. It confirms there are ‘racists, boneheads and people without compassion’ in football stadiums, which have now virtually become ‘theatre[s] of hate’. May I politely suggest that if your dainty ears cannot handle a few boos – or rude chants, or swear words, or explosions of passion – then perhaps you should find another sport to follow. Bowls?

More and more, the knee-taking at games will become an act of moral distinction. As the controversy over this gesture intensifies, footballers will be taking the knee essentially to distinguish themselves against ‘problematic’ fans, to make a public statement of their own puffed-up virtue against the presumed prejudices of the jeering fanbase. And they will be egged on by both the footballing establishment and the middle-class media, much of which has always looked upon football fans as a suspect swarm, as hooligans in waiting, as an insufficiently enlightened mob requiring re-education through everything from rainbow laces (to remind them that homosexuality is fine) to incessant BLM-style sloganeering (to remind them not to be such racist scumbags). ‘Kneel down, stick it to those insufferable proles’ – that’s really what the identitarian elites are saying now.

The great tragedy here is that it means fear and loathing of football fans is now coming from within football itself. In the past it was the snobs of the political sphere and the chatterati who had sleepless nights over the chants and antics of the football crowd. Now, thanks to the cult of the knee, this disdain for fans is being institutionalised in the game itself. It is now the England manager and top players who consider it their solemn weekly duty to hector the fans, and imply that they are stupid, and ‘send them a message’. At least in the past football fans could avoid those Guardian editorials calling them hooligans and switch off the TV when a politician started droning on about the threat lurking in the terraces. Now they’re confronted by a similar hateful haughtiness on the pitch. No wonder they’re booing. Southgate has shown he is as out of touch with fans as any inhabitant of the Westminster bubble is, and football will suffer as a result.

The tension in the stadiums shows how the culture war works. For years now, the elites have waged a culture war against football fans, and against the working class more broadly. They have lectured the little people on everything from their eating habits to their un-PC language, from their off-colour chanting to their backing of Brexit. They have sanitised stadiums, banning standing, banning bad language, banning drink, and effectively trying to ban passion. And yet when some fans turn around and say ‘Enough!’ – in this case by booing the patronising spectacle of taking the knee – they are accused of trying to turn football into a culture war. No, these fans want to stop the culture war. To stop the culture war against their sport, their lifestyles and their language. They have had the temerity to call into question the moral authority of the woke elites, and that’s the real reason they are being subjected to so much hateful denunciation.