Why critical race theory must not be banned

To defeat this divisive ideology, we need to offer a positive post-racial alternative. 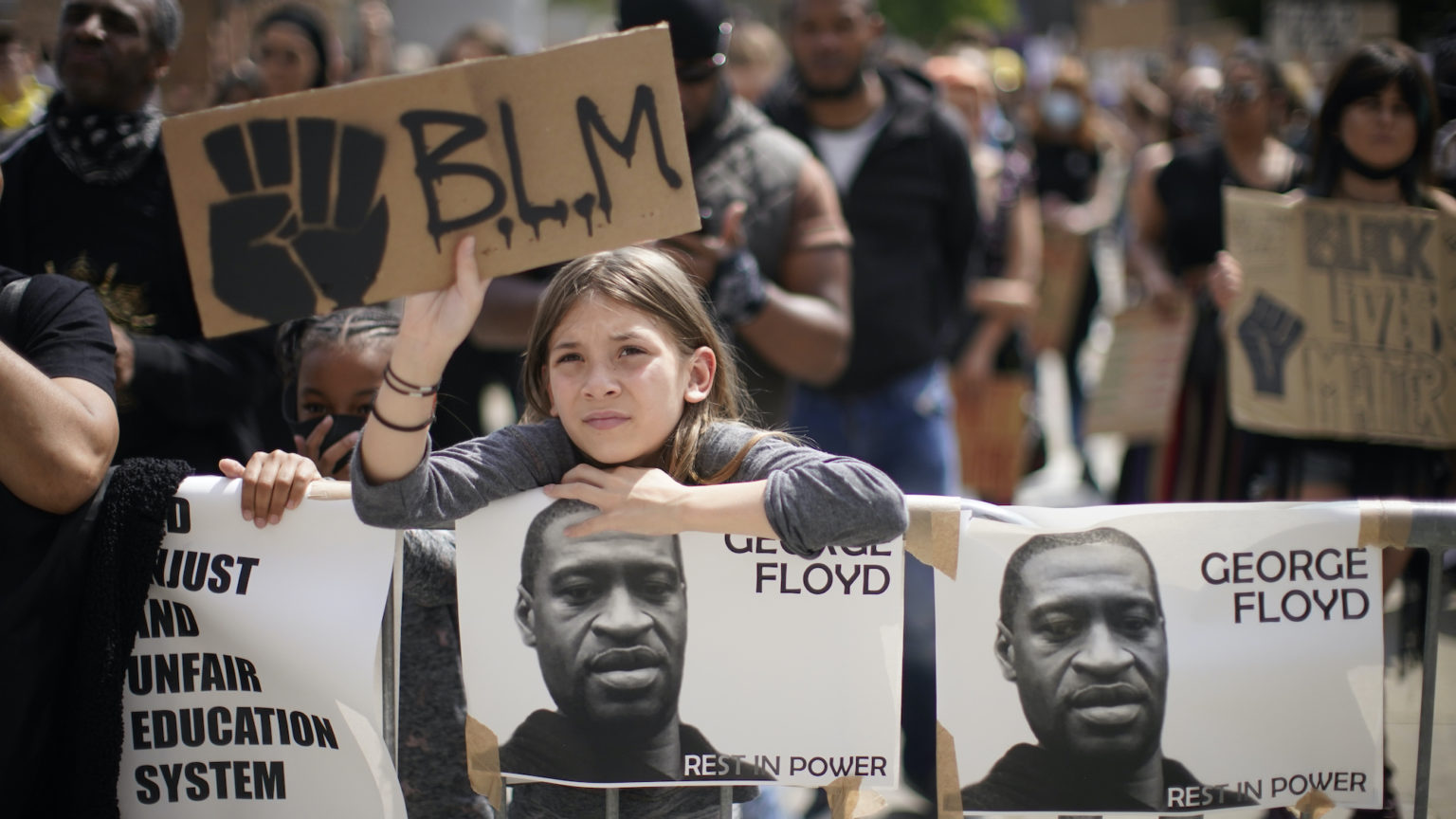 Suddenly everyone is talking about critical race theory (CRT). Its advocates demand that CRT inform the culture of higher education and the pedagogy practised in schools. CRT, they claim, illuminates virtually every area of life. Opponents of CRT, on the other hand, regard it as a threat to democratic life. And many of them are demanding that it be banned in public institutions.

Just before he lost the presidency, Donald Trump issued an executive order banning government-sponsored programmes that train ‘government workers to believe divisive, anti-American propaganda’. An official statement asserted that the ‘divisive, false and demeaning propaganda of the critical race theory movement is contrary to all we stand for as Americans and should have no place in the federal government’.

In March this year, Senator Tom Cotton of Arkansas introduced a bill in the US Senate to ban the teaching of CRT in the military on the grounds that it is racist. In the same month, Florida governor Ron DeSantis announced the banning of CRT from Florida’s schools in order to prevent the ‘teaching of kids to hate their country and to hate each other’. Earlier this month, the governor of Idaho signed a bill that bans the teaching of CRT in public schools and universities. Other Republican lawmakers are joining the campaign to ban CRT.

Many conservatives in the United States, and throughout the Anglo-American world, believe that banning CRT is essential for the preservation of public life. Christopher Rufo, a contributing editor at City Journal, writes that Senator Cotton’s bill is ‘desperately needed’. In the UK, Conservative politicians have gone on record as being ‘unequivocally against’ CRT. Numerous commentators in the British conservative media have warned about the ‘insidious march’ of CRT in schools.

The hostility provoked by CRT is not surprising. Although it masquerades as a form of anti-racism, CRT actually expands racial thinking into new domains of everyday life – associating ‘whiteness’ with fragility and privilege. This endows white people with the status of moral inferiority. In some schools white children are being made to feel ashamed about who they are. In one school in Evanston, Illinois, administrators instructed teachers to treat students differently based on race and publicly humiliated white pupils. According to one report in the Atlantic, parents felt terrified to speak out about this.

But while the backlash to CRT is understandable, we should not ban it. It is wrong to ban any theory or ideology on the grounds that its content is objectionable. A tolerant society does not criminalise thought and beliefs even when they are utterly misguided and corrosive of the public good. The ideal of tolerance allows for the free expression of such ideas, while demanding that they be ferociously fought with enlightened, democratic views.

What’s more, banning CRT would be a huge tactical error. CRT supporters are at the forefront of promoting cancel culture and calling for the censorship of their opponents. Their adversaries should not play the same game. Otherwise they surrender the moral high ground on free speech. They would be better off trying to get to grips with what CRT is, so that they can more effectively challenge it.

Critical race theory isn’t a theory at all

If CRT’s opponents looked into this ideology properly, they would be surprised to discover that it isn’t a theory at all. A theory is where abstract knowledge and principles are used to try to illuminate or interpret a particular phenomenon. But CRT claims to know in advance what needs to be said about the world. The use of the term ‘theory’ is an attempt to provide an ideological doctrine with a sense of academic respectability. CRT is far less about explaining the world than it is about promoting a particular worldview.

CRT developed as a reaction to the longstanding view that racial oppression was a system of discrimination, reinforced and legitimated by unequal treatment by the law. Supporters of CRT were strongly influenced by the ascending cultural politics of identity. They presented the experience of racial oppression as something that endowed its victims with identity and meaning. One of the obstacles that stands in the way of this project is that racism has a far more modest role in public life than in the past. And so its proponents set out to claim that racism still pervades society, just in new, covert ways.

Take one of its foundational texts, Richard Delgado and Jean Stefancic’s Critical Race Theory: An Introduction. Delgado and Stefancic note that ‘many modern-day readers believe that racism is declining’ and that ‘many Euro-Americans consider themselves to have black, Latino, or Asian friends’. They claim that, despite appearances, the problem is far worse than it seems. They assert that racism is ‘difficult to cure or address because it is not acknowledged’. They complain that ‘colour-blind, or “formal”, conceptions of equality, expressed in rules that insist only on treatment that is the same across the board, can thus remedy only the most blatant forms of discrimination’. Colour-blindness, from this perspective, is an obstacle to people recognising the omnipresence of racism.

Classical ideas about anti-racism, associated with the writings of WEB DuBois, Frederick Douglass, Oliver Cox and Frantz Fanon, drew attention to the differential experiences of black and white people. But they did not see colour-blindness as a problem. Indeed, until the explosion of the cultural politics of identity, indifference to colour or people’s racial or ethnic attributes was seen as integral to an enlightened outlook on the world.

Arguably, the most significant target of the CRT movement is the colour-blind conception of equality. As Kendall Thomas, co-editor of Critical Race Theory: The Key Writings that Formed the Movement, explains: ‘CRT challenges us to see that racial injustice in America is not, and has never been, just a problem of isolated instances of individual bias and private prejudice which we can solve by enacting “colour-blind” laws and policies.’ He adds that ‘CRT tracks the ways in which the “colour-blind racism” of today’s post-civil-rights era entrenches racial disparities, discrimination and disadvantage among black, brown and Native American communities without ever explicitly using the language of “race”’.

Thomas’s use of the term ‘colour-blind racism’ is instructive. It implicitly bemoans the absence of colour consciousness. CRT activists attach huge importance to challenging ‘colour-blind racism’; their mission is to redefine the problem of racism through this narrative.

The demand that white people acknowledge their privilege and come to terms with their unconscious biases is legitimated on the grounds that being colour-blind does not exempt white people from the charge of racism. On the contrary, those who insist that they are colour-blind are, from this perspective, arguably a greater problem than out-and-out racists, because they cover up and perpetuate the scourge of an invisible form of racism. In this way, CRT attempts to transform racism into a kind of psychological disease.

For CRT crusaders, the solution to colour-blind racism is what they call the ‘unique voice of colour’. As Delgado and Stefancic explain, the ‘voice-of-colour thesis holds that because of their different histories and experiences with oppression, black, American Indian, Asian and Latino writers and thinkers may be able to communicate to their white counterparts matters that the whites are unlikely to know’. In other words, those possessing the ‘unique voice of colour’ get to decide who is and who is not a racist. Through diversity training programmes and CRT education, they can provide the therapy required to get white folk to acknowledge their sins.

CRT is explicitly hostile to ‘the very foundations of the liberal order, including equality theory, legal reasoning, Enlightenment rationalism, and neutral principles of constitutional law’. In place of equality, it favours diversity and difference. And instead of the neutral application of the law, it supports differential treatment based on race. These sentiments are essential to maintaining the privileged moral status of the victim identity and the notion that racism is omnipresent.

Bans won’t make this go away

The success of CRT is intimately bound up with the rise and institutionalisation of the politics of identity. This is why it cannot simply be banned through political or administrative means. CRT feeds off much deeper cultural trends – such as the sacralisation of victimhood, the turn to therapy culture, the idealisation of diversity, and the loss of the cultural authority of the Enlightenment. These attitudes inform the outlook of those working in schools, colleges, cultural institutions and corporations. Even if CRT was banned in schools, many teachers would still transmit its sentiments in the classroom.

Focusing our fire on CRT distracts from the scale of the problem. Instead of looking for the illusory quick fix of censorship, those who are serious about engaging with the problems this movement represents had better learn to become effective and intellectually equipped cultural warriors. Instead of lashing out against CRT, they should elaborate and provide a coherent theory – a real theory! – of what racism means and how it works in the 21st century. Instead of reacting to the latest demands of CRT crusaders to decolonise this or that institution, they should provide a positive and future-oriented account of how we can build a truly just and free society.