Now the police are breaking up Good Friday services

The cops’ invasion of a Polish Catholic mass in South London is genuinely chilling. 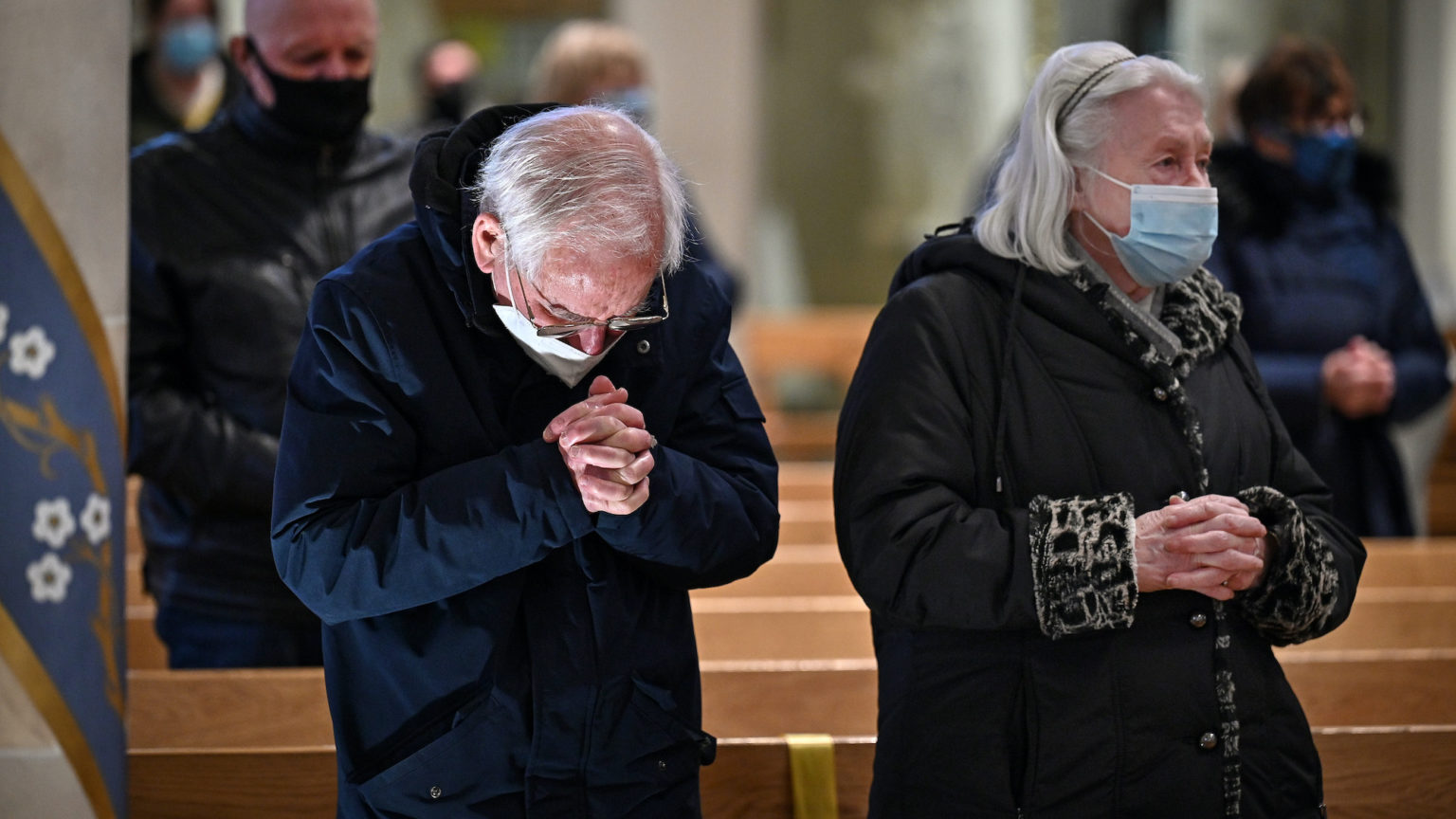 There have been many shocking and even despicable acts of authoritarianism over this past year of lockdown. And right up there are the events that took place at a Polish Catholic church in south London yesterday. On Good Friday, the most solemn day in the Catholic calendar, police officers walked into the church, proceeded to the altar and instructed the congregation to go home or face arrest. It captures, better than anything I’ve seen, how thoroughly Britain has lost its way as a result of the hysteria and illiberalism of the Covid crisis.

It looks like something out of a tinpot tyranny. The church service was being livestreamed online. Halfway through, two cops appear and arrogantly walk to the sanctuary itself, the area around the altar. They then take over the lectern from the priest and issue a dire warning to the people who had gathered to commemorate the darkest day in the Christian faith – the trial and execution of Christ. ‘You need to go home’, an officer says. ‘Failure to comply with this direction to leave… could lead you to be fined £200 or, if you fail to give your details, to you being arrested.’

It feels chilling to hear such a bureaucratic threat being issued to people who are exercising their freedom of religion. There are so many disturbing things about this assault on a religious gathering. First, it is being reported that the church had taken the necessary measures to make itself Covid-secure. But even if it hadn’t, couldn’t the police have waited until the service was over before having a word with the priest, perhaps? Secondly, who grassed on these Catholics? Who phoned the police to tell them a group of people was marking the death of Christ? What kind of curtain-twitching, ratting-out country have we become?

What’s more, Covid cases and deaths in London have plummeted in recent weeks. Last week there was a day when not a single person in London, this teeming city of millions, died from Covid-19. Are the police, is officialdom itself, now so lacking in the skill of discretion, and so oblivious to the importance of freedom, that they cannot agree to allow an incredibly important spiritual gathering to take place at a time when Covid in the capital is fast disappearing? If so, then the year of lockdown has changed us, has warped reason, even more than I feared.

To see British police officers forbidding Polish Catholics from marking Good Friday feels like a betrayal of what Britain is meant to stand for. Polish Catholics have faced harassment and persecution many times in recent decades. In Poland under the Soviets, life was often hard for Catholics (though the sheer size and influence of the Polish church meant the Communists had a harder time repressing religion there than they did in other Eastern Bloc countries). That Poles in the UK, some of whom will remember life under Stalinism, now face police threats for the ‘crime’ of Easter worship brings shame upon this country. Polish immigrants have contributed an enormous amount to the UK in recent years, including in terms of revitalising the Christian ethos, and this is the thanks they get?

Maybe we need priest holes again, those 16th-century hiding places for Catholics who dared to celebrate mass when it was forbidden by law. Or maybe the government and others will finally get a grip and realise we have gone too far. Because, seriously, when Catholics cannot gather in peace on the most solemn day of their faith in a week when Covid deaths in London have continued to fall dramatically, then we really have gone too far. The police need to be reined in, the government needs to restore our liberty, and the rest of us must raise the pressure for the return of the freedoms of association, protest and worship.