Another headache for the EU

Germany’s constitutional court has blocked the EU’s grand plans for the post-Covid recovery. 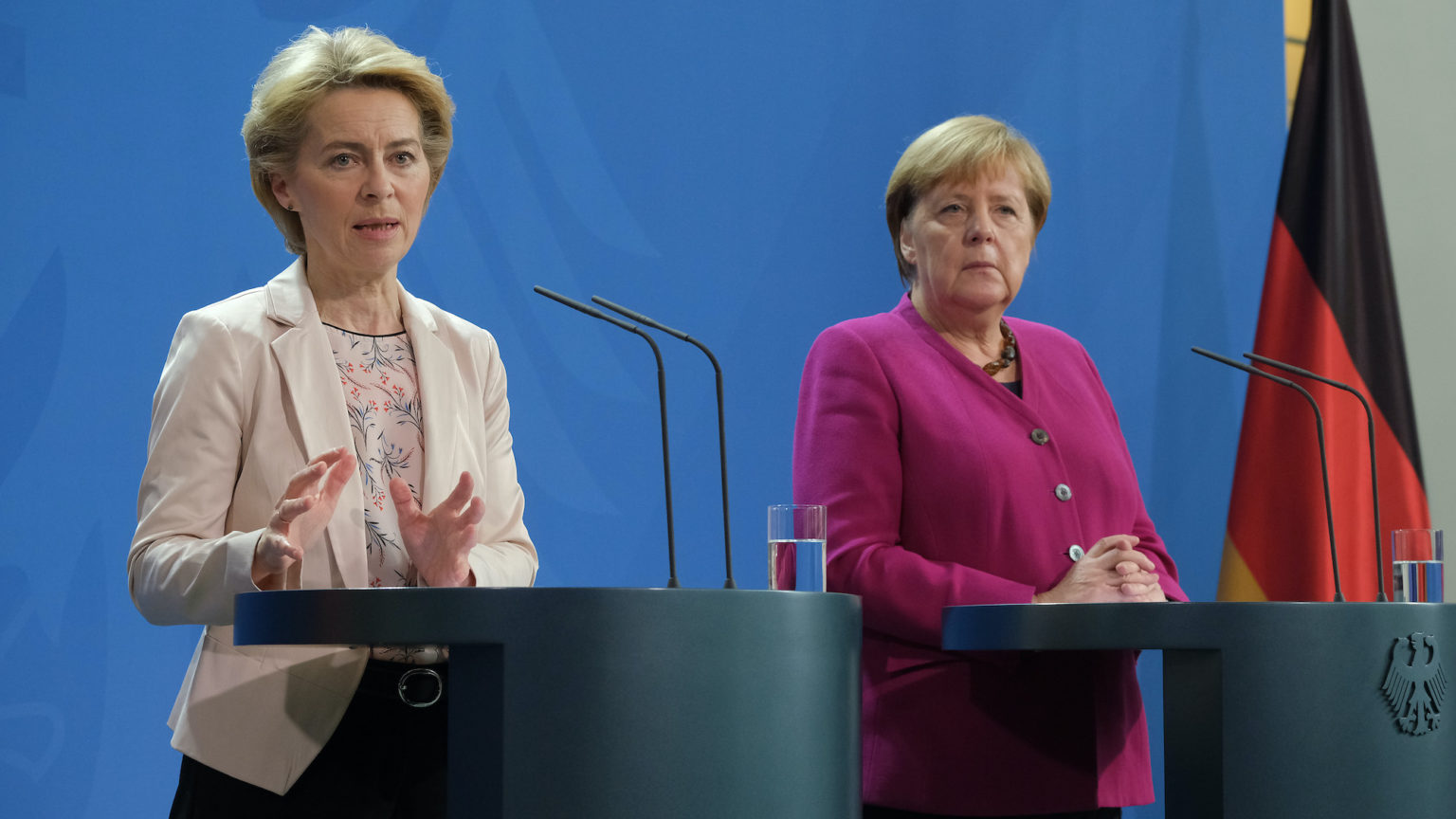 As if the vaccination debacle wasn’t enough, the EU now faces another problem. This time, it’s on the legal and financial fronts. It could have been foreseen, as it is partly a reprise of events from last year.

Germany’s constitutional court, the Bundesverfassungsgericht in Karlsruhe, tossed a monkey-wrench into the EU’s sensitive legal and financial machinery in May 2020. It decided that an EU plan to shore up the bloc’s financial system was illegal under European law. This plan was a massive exercise in buying up the bonds of bankrupt member states like Greece. The court went on to say that if the plan was indeed illegal, then the German government – on whose largesse it depended – could not lawfully fund it. The episode badly rattled the EU’s governing class, because the German court made its own mind up about the legality of the scheme, refusing to give the European Court of Justice the last word.

After some political horse-trading, the EU and the German government resolved the legal difficulty a month later. The monkey-wrench was gingerly extricated, and the scheme went ahead. Last Friday, however, Karlsruhe intervened again. This time, the problem was the EU’s plan to issue long-term bonds to the tune of €750 billion, maturing in 2058. The plan aims to bankroll a combination of loans and grants to member states for the post-Covid economic recovery and other projects, such as the fight against climate change and the digitisation of the economy. This requires agreement from all member states. The German government obligingly supported it, as did both houses of the German parliament. But then, just before the president signed it into law, the court issued a temporary injunction halting the whole process.

Behind this move is an organisation called Bündnis Bürgerwille, or the Citizens’ Will Alliance. It is backed by, among others, the Alternative for Germany (AfD). Its legal arguments are tedious, but amount to two core points. One is that, under European law, the EU cannot lawfully issue bonds at all. That is probably hogwash.

However, things are less certain on the Alliance’s second point. This is that European law only allows central subsidies for the purpose of picking up the pieces after natural disasters and the like. Since the bond proceeds would be used for all sorts of other purposes beyond the pandemic, the bonds are, the Alliance says, illegal. And the German government cannot lawfully agree to a scheme that would potentially leave the German taxpayer on the hook for the bonds’ repayment, since this would infringe the constitutional position of the Bundesbank as final arbiter of what German public money can be spent on.

The judgment is only temporary, and has already polarised opinion. The left rightly points out that the court has nullified the decision of a democratic parliament. On the other hand, the AfD has a potentially stronger point: if the scheme is indeed illegal under European law, then the EU should not be allowed to use it to subvert the Bundesbank. After all, the latter is the guardian of the German people’s right to decide what happens to their taxes.

We will have to see what the German court ultimately concludes, which may take some time. The EU is confident that it will overcome the block. But informed legal opinion suggests its confidence may be misplaced: the court could well side with the Citizens’ Will Alliance on its second point.

Whatever happens, this episode has not been good news for the EU. For one thing, it shows that however much the EU presents itself as a generous source of assistance and solidarity, all it is really doing is promising to spend someone else’s money – in this case, that of its paymaster, Germany. And it really is dependent on Germany. Brussels, which has long boasted of its strict adherence to the rule of law, will now have to wait for a decision from a mere member state’s court before it knows whether it can carry out its grand federal plans. At best, the would-be all-powerful central authority will see its schemes seriously delayed. This cannot be good for the blood pressure of arch federalists like Ursula von der Leyen, who looks less and less like a dignified elder stateswoman and more and more like a child plaintively asking her uncle for a couple of euros to put in the charity box.

But this affair also reveals another structural weakness of the EU. Last year, Karlsruhe made no bones about its view that, whatever the EU might say about euro-law prevailing over that of any member state, the court’s first loyalty was to the German constitution and its Basic Law (Grundgesetz). In Germany, the EU had only such powers as the German constitution allowed it and Karlsruhe would decide for itself whether the EU was acting within the limits of its delegated powers. Despite the scandalised reaction of the ECJ to that assertion, there is no reason to think that the court will be any less trenchant this time.

Remember, this is Germany – the most Europhile of all member states. As the old joke has it, if you meet someone on holiday and he says he is a European citizen, you can bet your bottom dollar he is German. But if Germany now thinks differently, who knows what ideas it might give to other states like Poland, Hungary or Bulgaria, whose electorates are already fed up with being ordered around by Brussels. It is a fair bet that the disorder in the EU playroom will increase considerably in the next few years. And people from Britain will say to themselves that the spectacle is much better viewed from a comfortable position on the sidelines.