Germany has dealt a blow to the EU

A judgement in Germany’s constitutional court will have huge ramifications for the future of the EU. 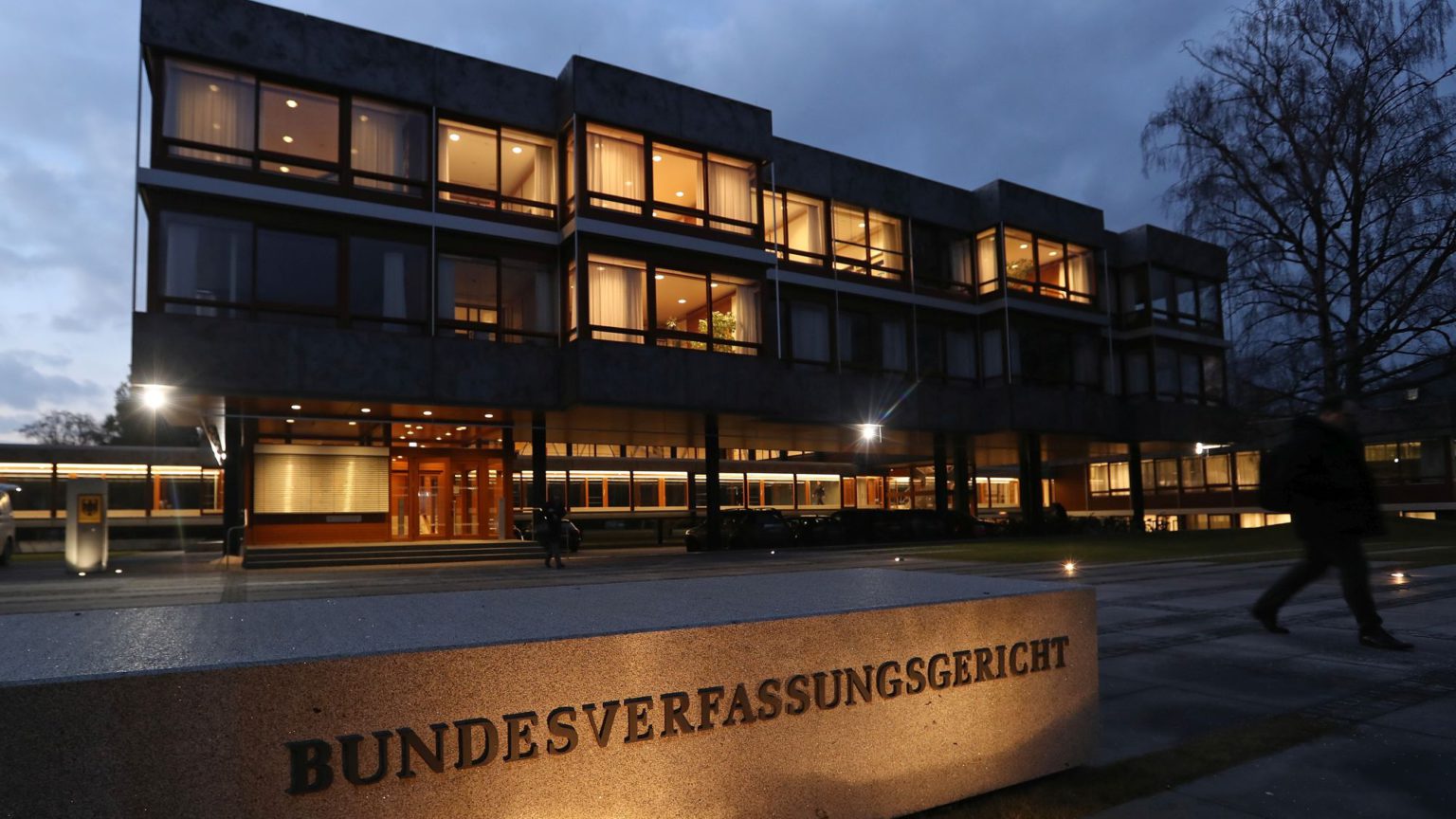 If you ever visit Karlsruhe, you could easily mistake the building housing the Bundesverfassungsgericht (BverfG), the highest German constitutional court, for the refectory block of some dreary new university. Dreary or not, on Tuesday that court took a major decision which trenchantly and welcomely upheld national democratic principles, and thereby tossed an enormous potential spanner into the EU machine.

At stake was the European Central Bank’s (ECB) purchasing of national bonds to inject liquidity into the EU economy, essentially taking over the bad debts of states like Greece. Such a scheme, while of course promoted as a magnanimous and statesmanlike EU gesture, relied heavily on the support of German taxpayers and Germany’s central bank, the Bundesbank. Some 1,700 taxpayers had sued in the German courts to prevent this from happening. The German courts, following a well-established EU procedure, then asked the EU Court of Justice (the CJEU) whether the plan was EU-compliant. That court, in a dense and at times opaque judgment, said it was.

That would normally have been the end of it. But on Tuesday, the BverfG surprised everyone and determined that whatever the CJEU said, the Bundesbank still could not lawfully back the scheme as presented. To the consternation of the German and EU establishments, the court made up its own mind on whether the ECB had acted lawfully under EU law, and decided it had not.

In the German court’s view, EU institutions like the ECB should only exercise powers specifically granted by member states. Article 20 of the German Basic Law (Grundgesetz), which is unalterable, placed sovereignty in the German people. It followed that German courts could not be deprived of their power to refuse to give effect to measures outside the competences transferred. The court then twisted the knife by pointing out that, whatever its pretensions, the EU had not ‘morphed into a federal state’, but rather remains a confederation of sovereign countries, each with their own constitution and legal system.

To the argument that the CJEU’s decision pre-empted the matter, its answer was even starker. While EU law required CJEU judgments to be respected, this assumed these decisions were properly reasoned, which this was not. The BverfG did not mince its words, describing the CJEU’s judgement as ‘completely incomprehensible’. Therefore, the decision could be ignored.

It is not difficult to see why the Euro-elites are badly rattled by this judgement. Two EU members, Poland and Hungary, have already defied the central EU bureaucratic machine pretty openly. Poland has also questioned EU court rulings, and has unashamedly dragged its feet in obeying them. But Hungary and Poland are seen as mavericks. For Germany, possibly the most Europhile of all the member states, to kick over the traces is distinctly unsettling for them, for three reasons.

One is money. It is all very well for the EU to insist on the supremacy of EU law. But the EU could not function, and certainly could not act as the kind of grand operator in the financial markets that it wishes to be, without the resources of the Bundesbank, which it now risks not being able to use for its own integrationist and political ends.

Secondly, Germany’s view is pretty convincing, both in terms of democracy and what the EU treaties say. Democracy and logic dictate that if states only give up a limited power to the EU, then they must retain the power to determine whether an EU body has acted outside that power (a point made by the BVerfG, incidentally, some 11 years ago in a decision approving the Lisbon Treaty, which one suspects many Eurocrats would rather forget).

What will happen now? The German court, itself politically astute, gave an opportunity for a reconciliation: it said that if the ECB produced convincing reasons for its decisions, then it might be prepared to reconsider. One suspects that the ultimate result will be on these lines. Reasons will come, the BVerfG will do its utmost to uphold them, and the ECB will get its way.

But life will never be the same again. It is bad enough for the EU that the German courts have been prepared to stand up to it, as where Germany has gone others can obviously follow. Slowly but surely, the cracks in the Euro-monolith are appearing. The betting must be that they will quickly widen.