Through the looking glass with Ursula in EUland

EU technocrats have put stopping the spread of populism before vaccinating Europeans. 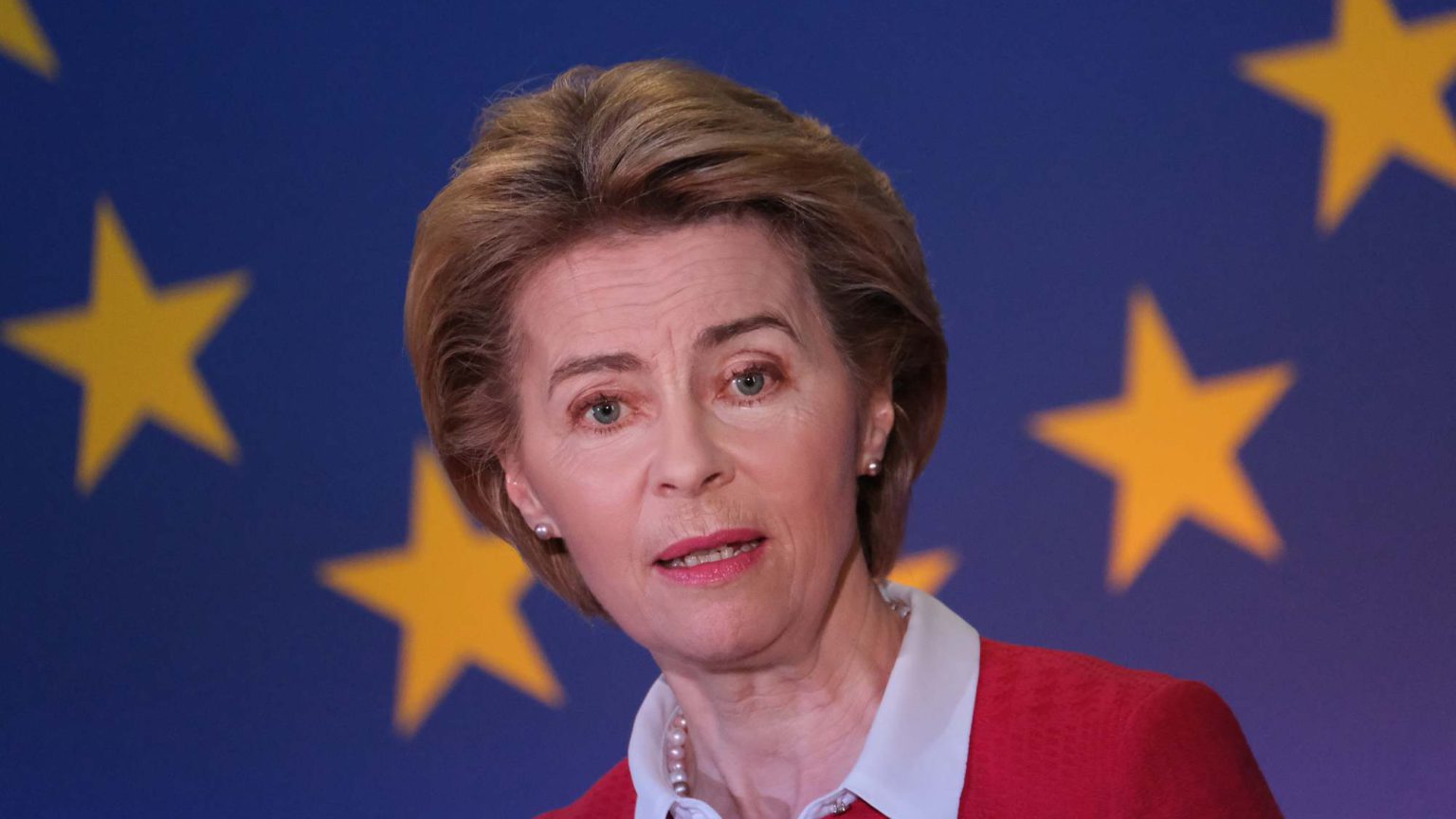 All right, Ms von der Leyen may not have used those exact words. The quote is actually from Alice, of Lewis Carroll’s in Wonderland and Through the Looking Glass fame. But Ursula in EUland might as well have said it during the vaccination debacle, given the way that the European Union has, time and again, gone through the looking glass and made ‘nothing be what it is’ in its political crusade against the ‘virus’ of Brexit and populism.

It seems as if everything that the EU’s technocratic elites (and their UK supporters) have claimed during the Covid-19 vaccines debate has turned reality on its head and turned out not to be true.

Those of us with slighter longer memories than Ursula, sorry, Alice (who can’t remember who she is from one day to the next), might recall how, last summer, there was hell to pay when Britain declined an invite to join the EU’s vaccination procurement scheme. Remainer Labour and Liberal Democrat MPs accused Boris Johnson’s Conservative government of ‘favouring Brexit over vaccines’ and ‘putting ideology before lives’. Leading Remainer luvvies were all over social media, screaming about the British government ‘killing your citizens to own the EU’, a move which apparently proved that Brexit is ‘a death cult’.

Really, Alice? In the months since then, of course, we have witnessed the UK rolling out Covid-19 vaccines to millions of people and leaving the EU’s hopelessly bureaucratic system trailing so far behind that member states have broken ranks and looked for vaccines elsewhere.

But none of that was the EU’s fault, of course. According to Alice and Co, it was all about the UK. Brexit Britain had apparently been involved in the development of an unreliable drug, the Oxford-AstraZeneca coronavirus vaccine. Worse, Brexit Britain had then allegedly conspired to prevent this, err, dodgy vaccine from being supplied to EU member states. Those who might spot some contradiction in these two simultaneously held Brussels positions have not quite grasped the ‘contrary wise’ mindset of Ursula in EUland and her minions.

All more ‘nonsense’, of course. It turns out that it is the EU that has been ‘putting ideology before lives’, by pursuing its political war against Brexit Britain even at the cost of life-saving vaccinations. We recall how Ms Von der Leyen even tried to impose a ‘hard border’ across Ireland to stop the North receiving vaccines. The European Council’s (unelected) president Charles Michel might claim with a straight face that ‘Europe will not use vaccines for propaganda purposes’. But the reality is that, despite Brussels’ empty claims to be putting people first, it has been bravely prepared to sacrifice Europe’s health on the altar of the EU supra-state.

This has come to a head in the latest sordid rows over the AstraZeneca vaccine. The EU leadership seized on reports that a few people had suffered blood clots after receiving it as another excuse to stop using the vaccine. By Tuesday, 17 countries were reported to have halted AstraZeneca vaccinations.

Why? Health authorities worldwide appeared at pains to say that there is no real evidence that the vaccine causes serious side effects, and to put the case for continued use of the AstraZeneca vaccine. Even Europe’s own regulator, the European Medicines Agency, said it was ‘firmly convinced’ that the ‘benefits outweighed any risks’. But it seemed none of that mattered as the anti-AstraZeneca bandwagon gathered pace across the EU.

Because in the world of Ursula Through the Looking Glass, the important thing is to score points against Brexit and try to vaccinate the continent against the further dangerous spread of ‘populism’ – aka democracy. As the head of Italy’s medicines agency admitted, the decision to suspend use of the AstraZeneca vaccine was ‘a political one’, imposed ‘because other European countries, including Germany and France, preferred to interrupt’. There is one Eurocrat at least who does not always talk nonsense.

With the European Medicines Agency due to formally clear the AstraZeneca vaccine, EU leaders and officials are now trying to backpedal and downplay their political stunt. No, no, they say, it was just a sensible precaution to suspend the vaccination programme for a short time while we waited for clarification. As one Irish expert put it, if no link between the vaccine and blood clots is found, ‘then we have lost four or five days, but that’s all’.

They will have lost a lot more than that. They will have baselessly undermined the already-shaky confidence of millions of people across Europe in the safety and efficacy of all Covid-19 vaccinations. As the coronavirus crisis has confirmed, once the fear factor takes hold, it is hard to find a cure.

This is yet another way that the EU has reversed reality. The elites claimed that vaccine scepticism would be spread by populist demagogues stirring up the allegedly ignorant masses. In fact it has been encouraged from the top of the system down, by those using their expertise and authority to warn the peoples of Europe against a vaccine. And then, when all else fails, resorting to barefaced lies to deny what they have done and pretend that Brexit Britain is now blocking vaccine exports to the EU. It is the EU elites who are to blame for the fact that, as The Times reports, of the 15million AstraZeneca vaccines exported to the EU, less than half have been used.

The entire vaccines fiasco should stand as an indictment of the EU’s technocratic elite, weighed down by a system that moves with glacial speed, shackled by the ‘precautionary principle’, and twisted by a bitter political mission to take revenge on Brexit Britain and stop the spread of the virus of popular democracy.

Listening to the truth-twisting language of Ursula Through the Looking Glass and her allies, I am often reminded of the exchange between Alice and Humpty Dumpty:

‘ “When I use a word”, Humpty Dumpty said, in rather a scornful tone, “it means just what I choose it to mean – neither more nor less”.

“The question is”, said Alice, “whether you can make words mean so many different things”.

“The question is”, said Humpty Dumpty, “which is to be master – that’s all”.’