The new culture war on guns has nothing to do with saving lives. 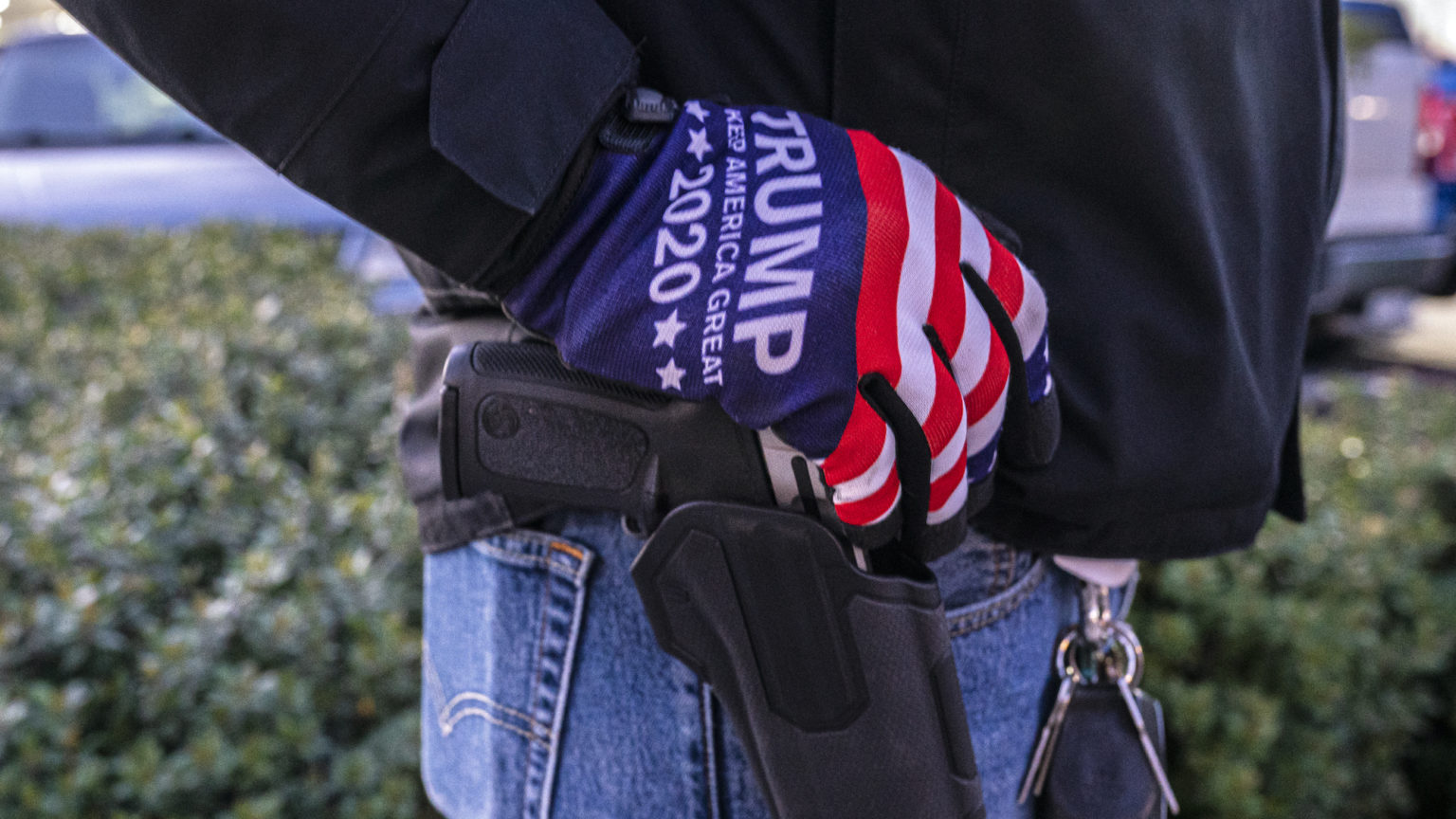 In racially segregated Monroe, North Carolina, in 1961, a crowd of some 2,000 people gathered to prevent a picket by the local National Association for the Advancement of Colored People (NAACP) chapter, which aimed to desegregate the local swimming pool. Robert F Williams, the head of the chapter, was forced off the road as he neared the pool, as another car backed into his. As the crowd advanced on his car, Williams pulled out a pistol and pointed it at a man moving towards him with a baseball bat. Williams then stepped out of the car and waved a carbine before the crowd, which went silent. Williams recalled:

‘There was a very old man, an old white man out in the crowd, and he started screaming and crying like a baby, and he kept crying, and he said, “God damn, God damn, what is this God damn country coming to that the niggers have got guns, the niggers are armed and the police can’t even arrest them!” He kept crying and somebody led him away through the crowd.’

Nothing frightened Southern segregationists as much as the sight of armed African Americans. It was a powerful symbol as well as an actual threat to the Ku Klux Klan and others bent on frustrating the aspirations of black Americans.

But today, much of the media appear to be just as disturbed at the prospect of white guys with guns. The ‘assault weapon’ has become the avatar for the white militia man, just like the ‘Saturday night special’ (a cheap, small-calibre handgun) used to symbolise African-American rioters.

Open season on ‘white extremists’ has been declared. ‘White extremists’ means any person who appears in public with an assault weapon (essentially, a semi-automatic rifle with a pistol grip or other military-style parts). The disturbing scenes at the Capitol building in January have provoked a new phase in the battle against what Joe Biden has called ‘weapons of war’ – even though none of the Capitol invaders carried assault weapons. Now anyone defending gun rights – and even guns themselves – is branded a danger to democracy, and a racist.

‘More than ever, assault weapons are an undeniable threat to representative government’, charged the Chicago Sun Times earlier this month. Last week, a writer in the Washington Post wrote of the ‘extremism of the gun imperialists [which] is directed against democracy itself’ (my italics).

In the New York Times, in January, another writer spelt out what he saw as the connection between guns and the threat to democracy, saying people use ‘the implicit threat of [toting a gun] as a means of asserting the privilege of walking away from the table of representative democracy when the outcome doesn’t suit you. Possessing a gun doesn’t protect free speech, as gun-rights activists often claim. The gun is the speech.’ Commenting on a pro-Trump rally in 2020, the same writer also noted that the ‘military-style rifles paraded alongside banners for Donald Trump… suggested that one of America’s two major parties was, in effect, acquiring an armed adjunct, like Hezbollah or the old Sinn Fein’.

In the Atlantic last month, one writer said that ‘men with assault rifles slung over camouflaged shoulders are the avatar of lawlessness’. He continued: ‘We must ban assault rifles and open carry. Their legality is premised on ideas that are inimical to democracy itself.’ And this month, an article in the Boston Globe claimed ‘white identity politics’ is ‘at the heart of the gun-rights movement’.

Do they have a point? Certainly, the 6 January riot targeted a legitimate election result. But it had no connection with assault weapons. And assault weapons are no more deadly than are ordinary rifles. According to Statista, the number of people murdered with any rifle in 2019 – including assault weapons – was 364, which is far smaller than the number of Americans who drown in swimming pools or baths annually. Rifle deaths have remained at the same rate year on year, despite a constant increase in the supply of guns. This war on guns is not about saving lives.

As for the charges of racism, if anything it is the gun-control laws that these pundits call for that are racist. Racial disparities in convictions for existing gun laws are even more shocking than in other elements of criminal justice. In 2016, black people accounted for more than half of offenders convicted of firearms offences carrying mandatory minimum sentences.

Given that nearly half of all Americans live in a home with guns, and that most Americans deplored the violence at the Capitol, it is unfair to call gun owners hostile to democracy. They may be worried about it after last year’s Black Lives Matter riots. According to the Small Arms Survey, Americans rapidly increased their purchases of guns last year to 393million. Sales to black Americans – who were also frightened by the widespread rioting – rose by 58 per cent last year.

The majority of Americans do not want further gun controls. Instead, this is a dispute over an emblem and over the history of the country. The gun is a symbol of power, self-reliance and equality in the USA, which is why black leaders from Frederick Douglass to WEB DuBois to the Black Panthers praised black gun ownership. Those who attack guns and gun-owners indict this American tradition along with the American Constitution and the American Revolution. This is a country that formed itself and remained free because of widespread possession of guns.

The battle over gun controls looks set to become a major part of the culture war. Sixty years ago, segregationists hated the idea that blacks had some access to power – votes and weapons – and did their best to take them away in the name of defending democracy. Today’s elite wants to disarm the deplorables.