The Corbynite dream is in tatters

Supposedly radical leftists rejected Brexit and embraced the lockdown – no wonder they have failed. 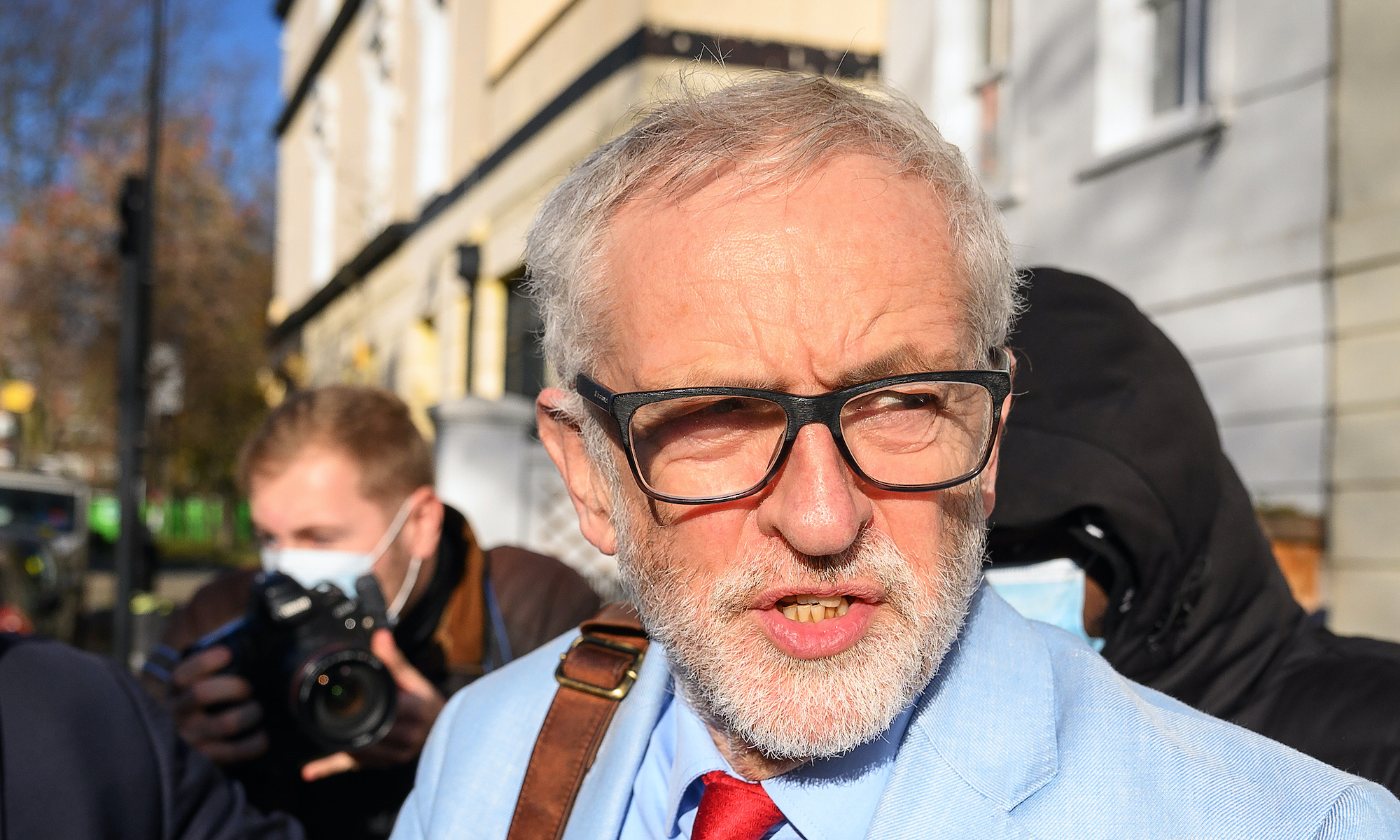 Labour’s infighting seems to be worse than ever as the new soft-left leader, Keir Starmer, tries to assert control over the left that was in charge of the party under Jeremy Corbyn. Starmer has thrown his predecessor out of the party, only for the party’s National Executive to readmit him. But then Starmer insisted that even if Corbyn is a member of the Labour Party, he cannot be a Labour MP, and so Corbyn has not had ‘the whip’ restored to him.

Further to this, edicts from Labour’s central office have instructed Constituency Labour Parties (CLP) that they may not consider resolutions in support of letting Corbyn back into the Parliamentary Labour Party. That came after 36 CLPs passed motions in support of Corbyn. ‘Where is our freedom of speech?’, the Corbynites now demand. Reports say that large numbers of Corbyn supporters have left the party since the former leader was suspended.

How the positions have been reversed. Just a year ago the Corbynites were in charge of the party and telling everyone that with Jeremy at the helm, and with one more push, a radical agenda for change would come. Corbyn’s supporters drew on a left that had suffered in resentful silence throughout the Tony Blair years. Some of the thirtysomething activists had returned to Labour after years in the Green Party, the Stop the War movement, or the Socialist Workers Party. In 2015, their chance had arrived. Under Corbyn, Labour gave Theresa May a run for her money in 2017, but in 2019 it suffered its worst defeat since 1935.

As things turned out, the left’s radical programme was not as radical as its activists thought. The key features of the 2019 manifesto were drafted to emphasise Labour’s distinct offer to the British people. But it failed to land. The things that Labourites thought were their own in 2019 were in large part taken on board by the Conservatives. Though Labour set out to spend a lot more in government, so did the Tories. In particular, the Conservatives promised much greater investment in the NHS. After the election, policy wonk Dominic Cummings was telling anyone who would listen that the government was going to shift hard to the left – to institute ‘a socialist economic policy that gives a priority to the working class’, he has reportedly even said.

Since the election, the coronavirus pandemic has led the Conservative government to spend an extraordinary additional £280 billion. Spending on the NHS has obviously been at the forefront, with the government massively increasing the health budget. It has spent £43 billion on the job-retention scheme, subsidising workers’ incomes while they were furloughed. Even though Labour considers its special appeal to be about ‘protecting the NHS’ and state support for incomes, Boris Johnson’s government is the one that is protecting the NHS and even paying people to stay at home. (To compare, the big spending New Labour government spent less than £100 billion each year on health.)

The Labour left’s disarray is made worse by the fact that most people blame that wing of the party for losing the 2019 General Election. As the people in charge at the time, this is quite hard to avoid. For some hardcore left-wingers, who are not prepared to reflect on what they might have got wrong, the reasons have to be found elsewhere. They blame the ‘Tory press’ for unfairly hounding their leader. They blame the Parliamentary Labour Party for dragging its feet and undermining Corbyn’s team. They still even blame the old party officials for undermining the party in 2017, even though they had replaced the key officers for the 2019 election. In their more bitter moments, they blame the voters for their backwardness.

What is harder to accept is that the Labour Party under left-wing leadership failed for clear reasons. The first is that those on the left set their faces against the Brexit vote. It ought to have been clear that the Leave voters – having won the referendum – had the moral high ground, and a Remain position would always be an affront to democracy.

The Labour left has dishonestly tried to rewrite history and claim that it was always Eurosceptic, but the party’s ‘centrist’ MPs imposed a Remain position on the party. It is true that current leader Keir Starmer insisted on the second-referendum policy at the party’s conference in the autumn of 2019. But the left worked harder than anyone to undermine the argument for Brexit. After all, it was the Corbynistas who most aggressively denounced Leave voters as right-wing ‘gammon’. The left-wing Momentum organisation polled its members and they were overwhelmingly ‘Remainers’. Both wings of the Labour Party must own that failure.

The problem for the Labour left in particular is that it is made up of the very same people who perfected the manipulative interpretation of rival viewpoints as ‘racism’. The Corbynites have been genuinely wrong-footed to find themselves the victims of this kind of misrepresentation. ‘How can people not see that these allegations of anti-Semitism are being used to outlaw us?’, they ask. Too late. That kind of manipulation of allegations of racism was embedded in the Labour Party years ago, thanks largely to the left.

Labour’s left-wingers have nowhere left to go. The idea of leaving Labour to strike out on their own is unattractive. They only had the authority they did because they had briefly captured the leadership of the party. Many party members were so disappointed with the results that they elected Starmer as leader.

To stay would mean to put up with whatever humiliation the party leadership drops on them. Though some want to fight back and contest the leadership, most are trying to avoid an all-out showdown. New MPs like Lloyd Russell-Moyle and Nadia Whittome want to find a way back to unite with Starmer. Their new grouping ‘Love Socialism’ (I know) hopes to sidestep the conflict.

Throughout the party’s schisms the substantial problem is that neither the left of the party nor the party leadership has put forward any real opposition to the government. On the main issues – the lockdown, the furlough scheme, and protecting the NHS – there are no real differences. Some on the left have been hoping that the pandemic will create a crisis that will call for a ‘more radical’ solution. But this is a failing strategy. It means in effect that they want the country to suffer so that they can get influence.

Worse, as everyone can see, the Labour Party and the left are as implicated in the country’s economic woes as anyone in government is. Both wings of the Labour Party demanded a lockdown of the economy as or more stringent than the government’s. That means any attempt to blame the government for the recession is bound to draw the response: this is the policy you supported.

Looking for that weakness in the government’s economic case, some left-wingers, like Grace Blakeley, have leapt on chancellor Rishi Sunak’s policy of a public-sector pay freeze to pay for the deficit. Fair enough – except that Labour’s own shadow chancellor, Anneliese Dodds, looking to find something to criticise Sunak for, was the first to raise the question of fiscal responsibility.

Like the Labour front bench, the Labour left has failed to set out a distinctive platform from which it could set out an alternative to the government, making itself instead simply the more radical champion of lockdown and repression. The dream of a radical Corbynite alternative is in tatters. The future for the radical left is not going to be in government. The Corbynistas’ pastime in the years to come will be promoting the kind of regulation of individual behaviour that Corbyn himself fell foul of.