Would those who made the ultimate sacrifice for our liberties look kindly on Britain today? 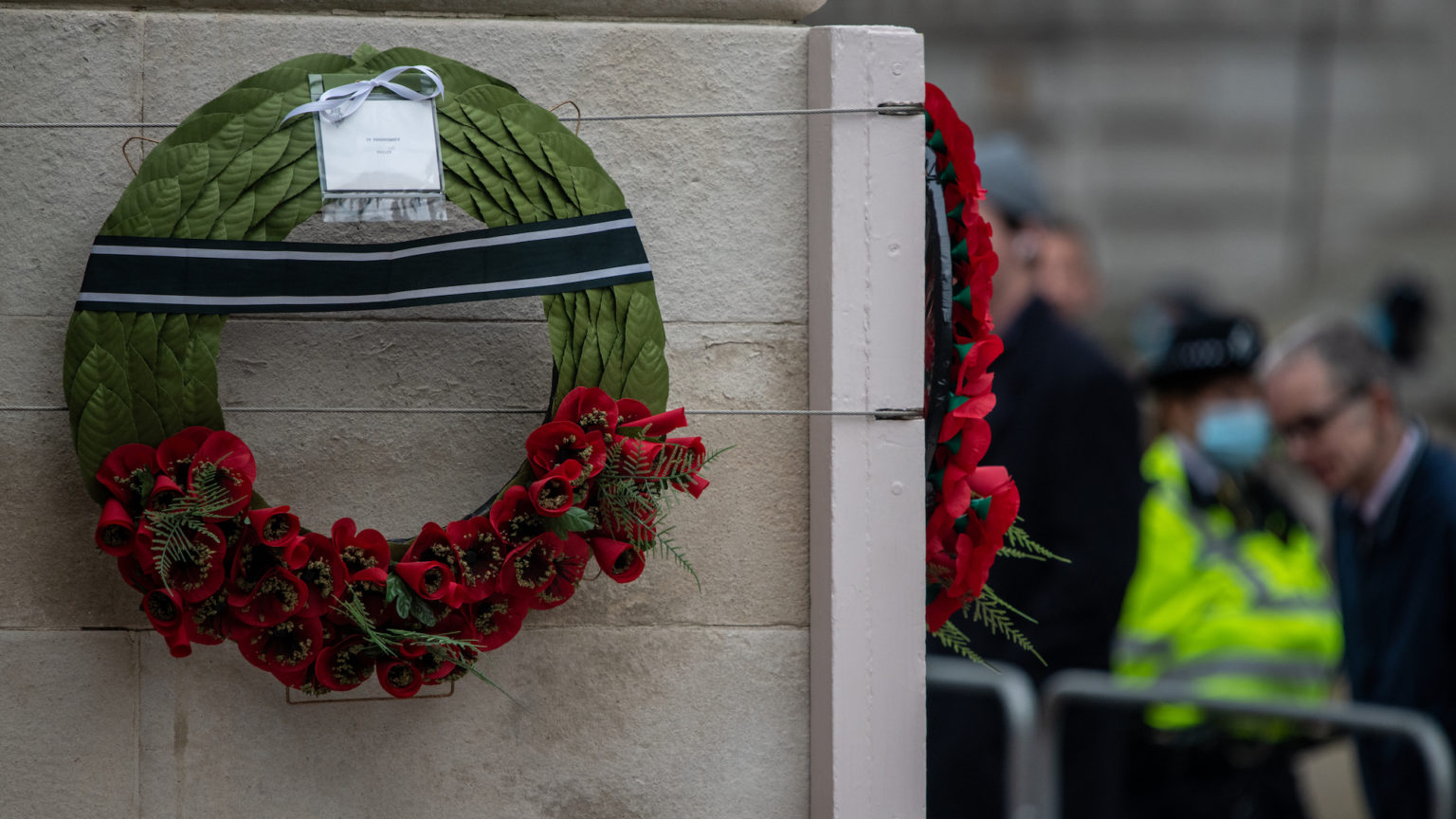 Of all the loss of our liberties during Lockdown 2, the most ironic is the ban on publicly acknowledging the debt of gratitude we owe to those who fought and died for our freedom.

On Armistice Day 1918 at 11 o’clock, the guns of the Great War fell silent. Remembrance Sunday, which has just passed, is the most solemn day in the national calendar. Up and down the land, members of the public usually gather at their local war memorials for short services and the Two Minutes Silence to honour those servicemen and women who made the ultimate sacrifice in the two world wars and in other conflicts.

Lest we forget, there are fewer than 20 villages in England and Wales that can claim to be ‘doubly thankful’, where all of the men who went off to fight in the First and Second World Wars came home.

In 1920, the ceremony of Remembrance centred not only on the Cenotaph, but also on the tomb of the Unknown Warrior in Westminster Abbey. He was one of the thousands of unidentified soldiers who had fallen in France. In the first week, more than one million people filed past the Tomb, described by the Illustrated London News as ‘a nameless grave in Britain’s Valhalla – symbol of the supreme sacrifice.’

Over the next few years, the ritual evolved at the Cenotaph around the commemoration of the Great War and its loss and sacrifice. Since 1927, when it was first broadcast by the BBC and brought to a mass audience, the ceremony, with its combination of the religious and military elements, has remained more or less unchanged: prayers, a gun salute, the ‘Last Post’ and the national anthem.

The Royal British Legion’s annual Poppy Appeal has been integral to Remembrance. In any normal year, by early November, there is usually a media-manufactured row about wearing the poppy, invariably involving someone on Channel 4 taken to task for denouncing ‘poppy fascism’. This takes place alongside an unseemly scramble among MPs to be the first to be seen to be wearing one.

The Royal Hospital in Chelsea, home to the venerated scarlet-coated Chelsea Pensioners, symbolises the duty of care that the nation owes to those who have served in its armed forces. Any volunteer poppy-seller in the neighbourhood knows that people cross the street and queue to contribute to the collection tin. Donating to the Legion and to other forces’ charities is tangible evidence of most civilians’ support and gratitude to its service personnel, present and past.

Stealing valour is a criminal offence in the United States. In 2016, a private member’s bill attempted to criminalise Britain’s own medal-wearing military imposters. It gave many of those MPs taking part in the debate an opportunity to grandstand about the heroism of forces’ personnel. Many politicians are content to bask in reflected military glory, it seems.

Last week, more than 500 MPs voted for Lockdown 2, the government’s latest egregious assault on our liberties. Before the vote, Sir Charles Walker, MP for Broxbourne, warned against the drift towards ‘an authoritarian, coercive state’.

Since March, the government has tried and failed to appease Covid-19. Despite the lockdowns, ‘firebreaks’ and ‘circuit breakers’ – euphemisms for putting people under house arrest and destroying the economy – nothing has worked so far. This particular coronavirus is still with us. In mid-1915, Britain’s new minister of munitions, David Lloyd-George, grasped that the Great War was going to be won by ‘chemists and manufacturers’. Similarly, the threat of Covid-19 will be vanquished by the chemists and drug companies who produce a vaccine.

On Remembrance Sunday this year, local councils urged the public to stay away from war memorials and observe the Two Minute Silence at home. And on government instruction, places of worship have closed.

Instead of publicly saluting the courage of men and women, both uniformed and civilian, who twice last century endured total war, even the youngest and healthiest have been expected to cower indoors this Remembrance-tide.

The Two Minute Silence at 11am this Armistice Day gave MPs the chance to reflect. They might want to consider the sort of Britain they have created since the start of the first lockdown in March. They might wonder whether those who made the ultimate sacrifice to defend our freedoms and liberties would think that sacrifice worthwhile if they saw what we had become.

Dr Sarah Ingham is author of The Military Covenant.