What the lockdown lobby gets wrong

The arguments against a herd-immunity approach to Covid are questionable at best. 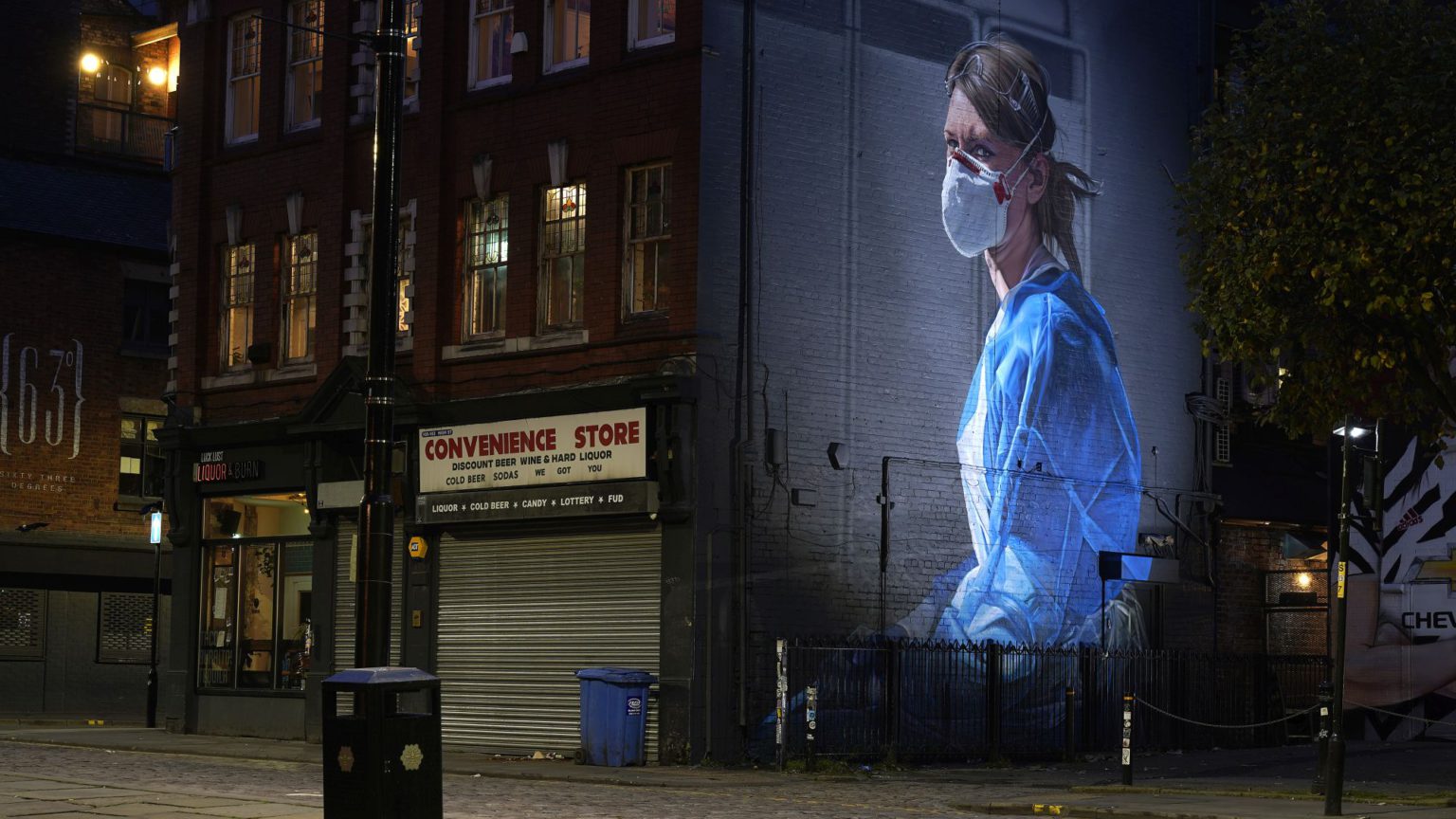 There has been uproar over the past week or so over the Great Barrington Declaration, an initiative that puts the case for an alternative and less destructive approach to dealing with Covid-19 than the current cycle of lockdowns. In response, a group of academics, medics and policy wonks has put forward a response – the John Snow Memorandum. Though the memorandum claims the veneer of scientific authority, the arguments are dubious.

The memorandum begins with some relatively uncontroversial statements. ‘SARS-CoV-2 spreads through contact (via larger droplets and aerosols) and longer-range transmission via aerosols, especially in conditions where ventilation is poor. Its high infectivity, combined with the susceptibility of unexposed populations to a new virus, creates conditions for rapid community spread.’ Certainly, this is a serious and nasty disease that kills a significantly higher proportion of those infected than seasonal influenza. Unpleasant, even debilitating symptoms can continue for months after, even among the young and relatively healthy.

The authors argue that it is ‘unclear’ how long post-infection immunity lasts for and that there appear to be cases of reinfection, as with other coronaviruses. They say the spread of the virus is slowed down by measures of social distancing, face coverings, avoiding crowds and poorly ventilated spaces, plus good hand and respiratory hygiene.

Ongoing debates about masks aside (I think they may be useful where distancing is difficult or for people with symptoms, as the World Health Organisation suggests), there would be few disagreements so far from those who want to take a different approach.

But one clear difference would be over the assumption that lockdowns were ‘essential to reduce mortality, prevent healthcare services from being overwhelmed and buy time to set up pandemic-response systems to suppress transmission following lockdown’.

We seem now to be at a point with cases rising again where we need to make policy choices that could have hugely damaging impacts if we get it wrong. One, suggested in the original Imperial College modelling report back in March, led by Professor Neil Ferguson, would be to have a cycle of lockdown and release to keep a lid on case numbers and to protect healthcare.

The authors of the John Snow Memorandum clearly believe that this cycle may not be necessary:

‘Continuing restrictions will probably be required in the short term to reduce transmission and fix ineffective pandemic-response systems in order to prevent future lockdowns. The purpose of these restrictions is to effectively suppress SARS-CoV-2 infections to low levels that allow rapid detection of localised outbreaks and rapid response through efficient and comprehensive find, test, trace, isolate and support systems so life can return to near-normal without the need for generalised restrictions.’

This all sounds very reasonable, apart from the fact that in many countries (including the UK), attempts to implement test, trace and isolate (TTI) systems have been a failure, despite enormous investment. Suggesting that continued generalised restrictions, or one more ‘circuit breaker’ lockdown, could buy enough time to fix the problems with TTI seems very optimistic. Realistically, we will likely end up going back into lockdown and kicking the can down the road in the hope of a vaccine arriving sooner rather than later.

The alternative, epitomised in the Great Barrington Declaration, but a view that is by no means exclusive to its promoters, is to protect the most vulnerable members of society while allowing the virus to spread. There seems to be a fairly strong correlation between advancing age and the risk of severe illness. Children seem to get serious illness very rarely while the vast majority of deaths are in older people, with risks rising for every additional year of life.

By isolating only those sections of the population at greatest risk, the damage from Covid-19 could be greatly reduced even while allowing the majority of society to return to something like normality. At some point, when most of the less-vulnerable population has been infected, the spread of the virus will decline to a trickle. This is how epidemics throughout history have ended, even if infections continue at a much lower rate as populations change.

But the memorandum authors simply dismiss the idea. ‘Proponents suggest this would lead to the development of infection-acquired population immunity in the low-risk population, which will eventually protect the vulnerable. This is a dangerous fallacy unsupported by scientific evidence.’ This is a bizarre claim. This is exactly the approach suggested by the government’s scientific advisers until mid-March, when lockdown fever took over.

Their first argument is that there would be ‘widespread’ morbidity and mortality among younger people. These risks are real, but the memorandum exaggerates them. The vast majority of younger people suffer at most a mild illness.

As of 14 October, the UK government coronavirus dashboard states that 153,163 people have been hospitalised with Covid-19 – or 0.23 per cent of the population. One study examining the period up to 18 April, based on figures from 166 UK hospitals, suggested that the median age of hospital admission was 72. Of the 16,749 patients covered, over half had an existing comorbidity. The median age of death was 80. If we can protect both older people and those with existing chronic illness, the risks to the rest of the population are relatively small.

Another argument put forward in the memorandum is that ‘there is no evidence for lasting protective immunity to SARS-CoV-2 following natural infection, and the endemic transmission that would be the consequence of waning immunity would present a risk to vulnerable populations for the indefinite future’.

This is just silly. Naturally acquired immunity has always been the way that epidemics have ended. The idea of turning around a vaccine in just a year or so, on the other hand, is entirely new. Achieving durable herd immunity will probably require a vaccine, but we need to act now and we don’t have a vaccine that has been proven to be safe and effective as yet. Indeed, continuing to impose harsh restrictions only adds to the pressure to rush out a vaccine without going through the necessary trials.

Indeed, naturally acquired immunity could result in a lower herd-immunity threshold than could be achieved through a vaccine. The most connected people are also the ones most likely to get the disease earliest. They are the ones most likely to pass it on to a higher-than-average group of contacts. When these people achieve immunity, they break more potential chains of transmission than others who have fewer contacts. A vaccine programme, on the other hand, would (rightly) prioritise the most vulnerable people, with less impact on transmission. As for people being reinfected, this still seems to be very unusual. It is hardly cause to reject a herd-immunity approach.

The third argument in the memorandum is about practicalities and ethics:

‘Prolonged isolation of large swathes of the population is practically impossible and highly unethical. Empirical evidence from many countries shows that it is not feasible to restrict uncontrolled outbreaks to particular sections of society. Such an approach also risks further exacerbating the socioeconomic inequities and structural discriminations already laid bare by the pandemic. Special efforts to protect the most vulnerable are essential but must go hand-in-hand with multi-pronged population-level strategies.’

Threatening vulnerable people who do not abide by isolation rules would clearly be unethical. But that is exactly what ‘population-level’ strategies are doing to everyone. So narrowing those measures to specific sections of society would seem to be better.

Nonetheless, compulsion must be avoided. We must allow everyone to decide for themselves what measure of risk they are willing to accept, with ample support and advice for vulnerable groups to enable them to avoid social contact if they choose to do so. The memorandum authors are right to point out that there are practical difficulties. They are wrong to dismiss the possibility. We need to apply thought and resources to the issue, not simply wave it away.

In any event, how is it ethical to cause businesses to close, students to be imprisoned in halls of residence, free movement to be restricted and basic rights like free association and the freedom to protest to be junked? The authors’ understanding of ethics is very one-sided.

What about the ethics of the smear operation in progress against those who are putting forward a herd-immunity strategy? The fact that the Great Barrington Declaration was coordinated by an American libertarian think tank has been used to dismiss it with feeble ‘who funds you?’ arguments, claiming it is simply a callous attempt to put profit before lives. If we are to make progress, the first step must be a more sophisticated level of debate, conducted in good faith.

John Snow, whose early epidemiological work pointed to the true means by which cholera was spreading in Victorian London, contradicting the scientific consensus of his time, would surely have been appalled at this approach to scientific debate. The authors of the John Snow Memorandum are taking his name in vain.