So now you care about the economy?

Lockdown fanatics are refusing to take responsibility for the destruction they have caused. 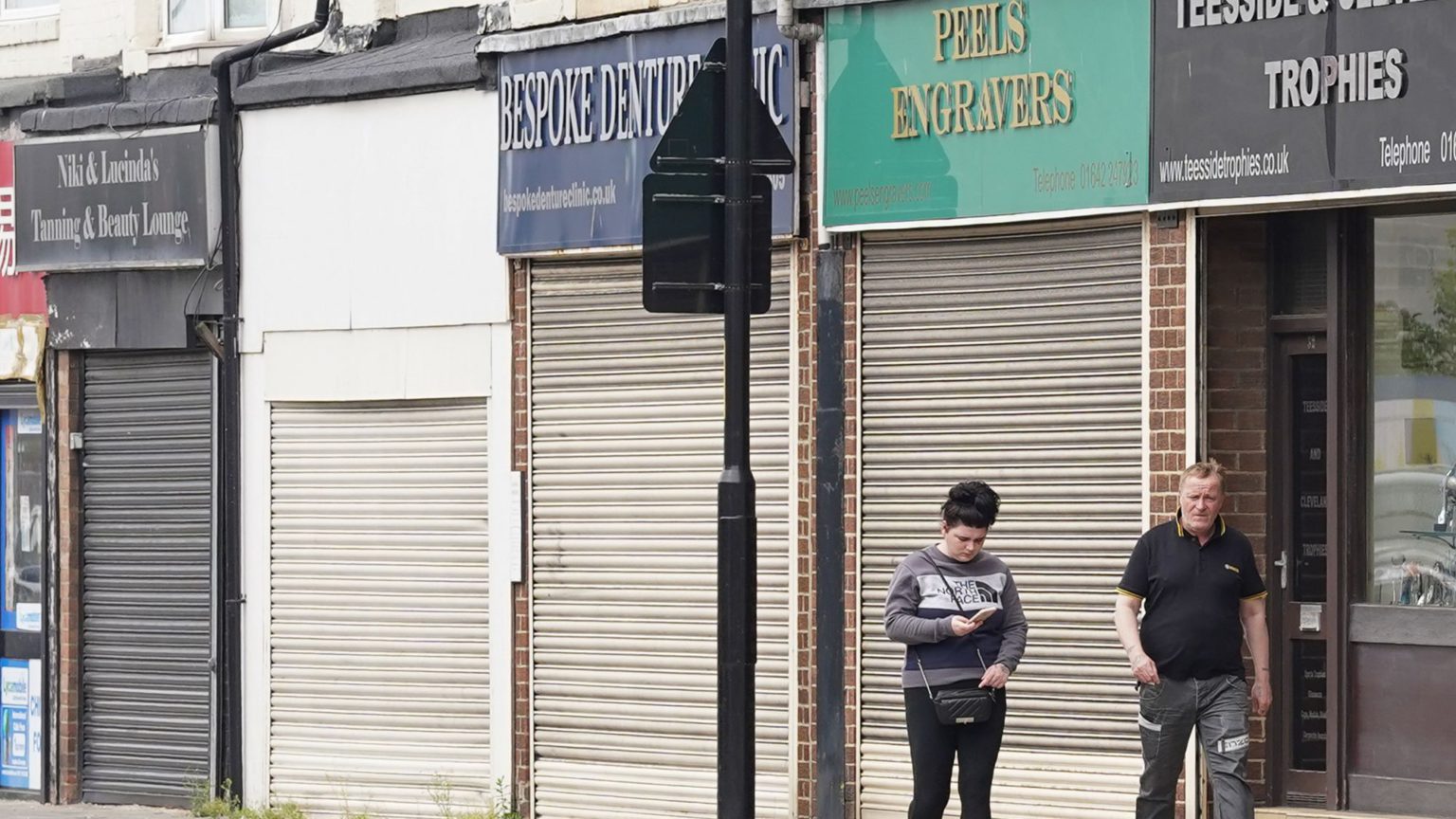 The brass neck is astonishing. The very same people who demanded lockdown are now complaining that lockdown has hurt the economy. Not only did they demand lockdown, they wanted a stricter lockdown, a longer lockdown – forever lockdown.

The blow to the economy has been devastating. The UK has experienced the worst recession of any major nation. The drop in output dwarfs the Great Recession of 2008 and the Great Depression of the 1930s (though hopefully, the Covid depression won’t last as long). You have to go back to 1709, before the Industrial Revolution, to the Great Frost – the coldest winter of the past half-millenium – to find an event which has so devastated economic life.

But this is fine, isn’t it? Time and again we were told it was selfish, reckless, callous to so much as raise a peep about the economy. Who cares about money when we should care about saving lives?

Unsurprisingly, the brassiest neck of them all belongs to Piers Morgan, who has banged the drum for turning Britain into a Covid concentration camp practically since the first Chinese person caught a cough in Wuhan. Now he is bemoaning ‘the worst recession in Europe’. Whenever the lockdown was tentatively eased, Morgan was on hand to scream about the government ‘putting economic interests above lives’.

Twitter went ballistic with every easing, too. When Boris Johnson announced the first loosening of the lockdown – allowing for unlimited exercise outside the home – some of the top trends included #KeepTheLockdown, #BorisTheButcher and #ToryGenocide. Labour MP Diane Abbott said it was ‘time to end the government’s devastating experiment’ and lock back down again. Week after week, we heard shrill complaints from the tabloids and Twitter that someone, somewhere might be out there enjoying themselves and in the process killing others.

This Covid puritanism wasn’t confined to stuffy politicians and commentators. Even i-D, a fashion magazine owned by Vice, campaigned against the minor loosening of restrictions. The fact that cases continued to fall as the country opened up was steadfastly ignored by everyone.

The question of the economy was framed in two ways: either as lives vs money, or – even more cynically – as poor people’s lives vs rich people’s money. Novara Media, for instance, produced a graphic to satirise the government’s position: ‘Back to work / Catch the virus / Save the billionaires.’ In reality, of course, it is the poor who will suffer most from the explosion of joblessness, whereas the rich have grown fat on government bailouts and the spoils of people working from home. Big Tech is doing better than ever and Amazon’s Jeff Bezos is on track to become the world’s first trillionaire.

The economy and lives cannot be separated. The economy is people’s lives. When the economy gets worse, and people become unemployed, people’s health deteriorates. The government’s research estimates that deprivation caused by the lockdown could lead to an additional 15,000 to 17,000 deaths in the long run.

Lockdown fanatics have found a way to get around this. Their argument is that an earlier, shorter lockdown would have avoided the economic pain. ‘If you allow coronavirus to spread, your economy suffers’, opined the FT’s economics editor. Back in May, in a severely botched attempt to justify this point, the FT produced a graph showing an almost-too-perfect association between early lockdown and lower deaths. But in the words of the fact-checkers at FullFact, all the graph really showed was that ‘big countries are big and small countries are small’. To this date, the country with the highest number of Covid deaths per capita is Belgium. Not only did Belgium have a much stricter lockdown than many countries in Europe, it also started much earlier, on 17 March – nearly a week before the UK.

Another reason this argument doesn’t wash is that the people who say they wanted a short lockdown also happened to oppose every easing of the lockdown. Take James Meadway, former adviser to John McDonnell, who this week claimed that lockdown was ‘essential’ while complaining about the damage it had caused. Had the government ‘done its job sooner and locked down earlier, the economic damage today would have been reduced’, he tweeted. But back in March, three days before the lockdown, Meadway argued that we ‘need to demobilise the economy for as long as public health demands’. In the same piece, he accepted the Imperial College modelling which assumed the UK needed five months of strict lockdown from April until September. Nothing short and sharp about that.

But what they also ignore is the control group in this deranged lockdown experiment: Sweden. Sweden did not have a lockdown and has fared better than the UK both in terms of deaths from the virus and the economy. Certainly, Sweden still took an economic hit – there were restrictions and social-distancing guidance. But economically, Sweden has been hit less hard than other countries in Europe. Sweden has suffered its largest fall in GDP since the 1980s, rather than the 1700s.

The Great Frost of that decade was a natural disaster, whereas the Covid lockdown and the catastrophe that has ensued were largely manmade. Yes, there has been a serious pandemic of a novel virus, but no previous pandemic (including those more serious than today’s) provoked this lockdown response, which will cause far more damage in the long run than the disease itself. It’s time for those who made shrill demands for the shutdown of society to face up to the consequences.