They can’t cancel all of us

Cancel culture is out of control. Here’s how to fight back. 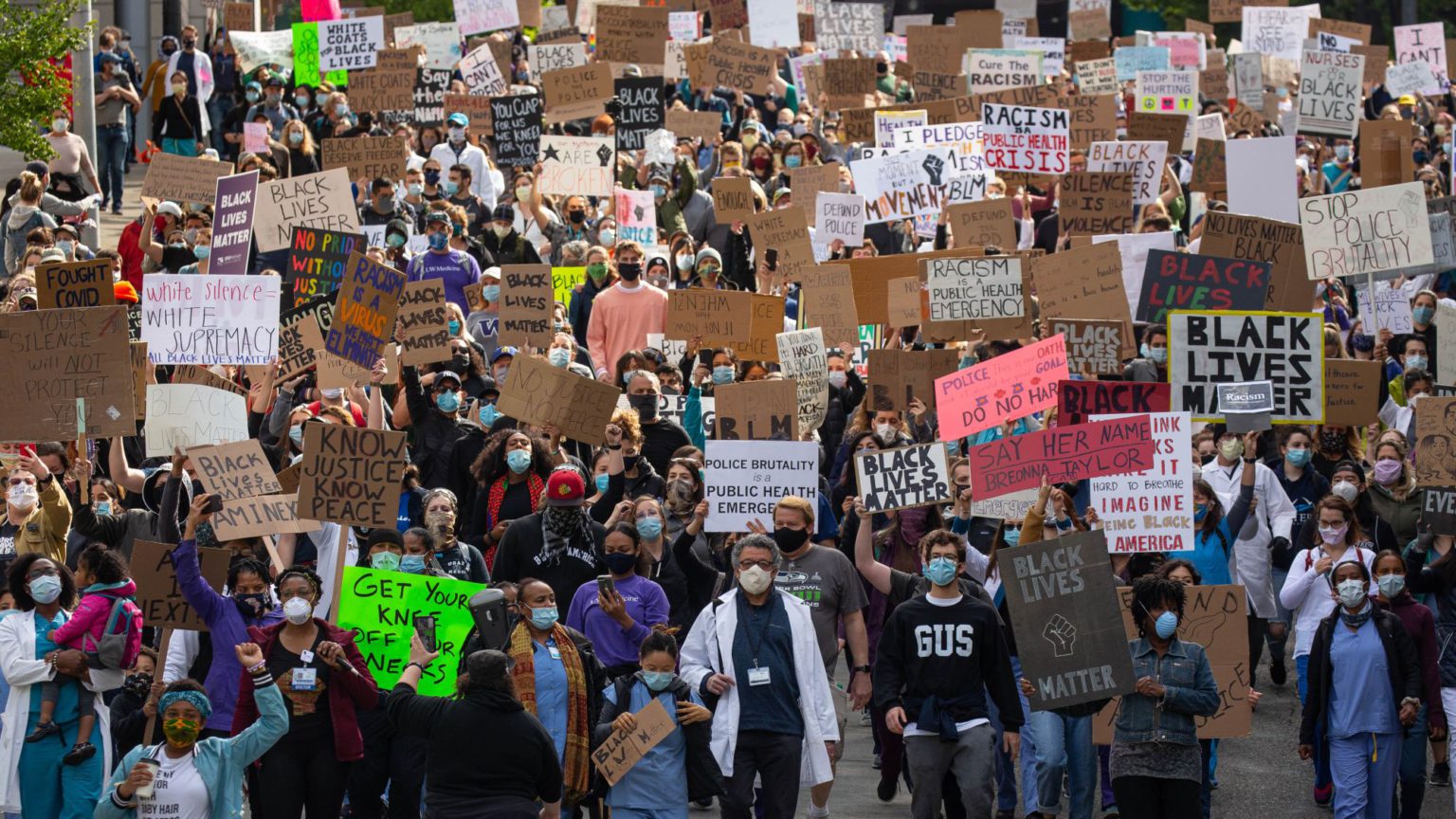 And then they came for JK Rowling.

On 6 June, Rowling attracted global opprobrium for expressing the apparently controversial view that there are two primary human sexes. While noting on Twitter that she ‘knows and loves trans people’, and implicitly indicating that she views changes of gender identity as possible, Rowling pointed out what would long have been thought obvious: biological sex is real and ‘If sex isn’t real, there’s no same-sex attraction’. The response to this gaucherie was rapid and ruthless: Rowling was nearly mobbed off the platform; West Sussex’s Weald School dropped plans to name one of its student houses after her; and Harry Potter himself – actor Daniel Radcliffe – stepped forward to announce that: ‘Transgender women are women.’ Stunning and brave.

Although perhaps the most high-profile, Rowling was only one of many past-week-or-so targets of the formerly campus-bound phenomenon of extreme cancel culture, which has flared to unprecedented heights following the George Floyd protests in the US. Back in the States, popular UCLA professor Gordon Klein was suspended from his university and placed under armed guard at home after refusing to offer special final exam accommodations to potentially ‘traumatised’ black students following the death of Floyd. Away from the hallowed halls and ivy-covered walls of academe, the long-time play-by-play man for the Sacramento Kings basketball team was fired for tweeting out the phrase ‘All Lives Matter’, and the opinion editor for the New York Times was made to resign after publishing a tough-on-crime op-ed from sitting Republican senator Tom Cotton.

Perhaps most remarkably, a US soccer star was fired because of un-PC social-media posts from his wife. After his spouse, Tea, posted in Serbian on Instagram, calling all protesters ‘disgusting cattle’ and suggesting that at least looters be ‘killed’, LA Galaxy winger Aleksandar Katai was called on the carpet by his club and almost immediately issued a social-media apology. Katai pledged that not merely he but his whole family would ‘take the necessary actions to learn, understand, listen [to], and support the black community’. This did not suffice to save him: Katai was formally dropped from the squad via a one-sentence statement on 5 June. Going Full Maoist, at least a few Twitter and Facebook commentators argued that Katai – cut from a major-league professional sporting franchise because of someone else’s words – should have avoided punishment by formally denouncing his wife.

This sort of thing is, to put it mildly, not good. There are at least three major problems with cancel culture. First, almost anyone could be cancelled, on the basis of the (claimed) standards prevalent on the modern ‘social justice’ left. Secondly, cancellation tends in practice to be a non-random process targeted at political and ideological opponents, rather than a genuine attempt at a new moral standard. Finally, and most importantly, the declaration by wokesters that many conversations are now simply off-limits prevents the communication of important information that would make it possible for citizens better to judge the arguments of movements like Black Lives Matter.

While not the most important, the first of these points is the most relevant on a day-to-day basis. Without endorsing these behaviours, the plain fact is that the huge majority of people have probably at some point told an ethnic or regional joke, sent a pornographic or un-PC snap, had sex while intoxicated, used a slur tied to sexual orientation / race / gender online or in the lockerroom, worn a St Paddy’s Day or Cinco de Mayo outfit they would really prefer a mulligan on, or committed other Cardinal Sins against Wokeness. As a result of this, many young people are intently aware that Twitter and Facebook wars involving the unearthing of old content generally end with egg on the face of everyone involved. Caucasian NBA point guard Donte DeVincenzo was humiliated in late 2018 by the revelation that – at age 14 – he had described his hoops handle as ‘ballin’ on these nig*as like I’m Derrick Rose’. He ended up deleting his entire social-media presence. The point of monitoring this sort of thing, for the many people and organisations that do so, is not punishing the tiny minority of real racists and abusers out there so much as keeping normal citizens too terrified by the potential unearthing of past indiscretions to comment lustily on the issues of the day.

The fact that virtually anyone could in fact ‘legitimately’ be cancelled leads into extreme partisan hypocrisy. While anyone who attended church as a lad might correctly suspect that the hard right is capable of similar behaviour, cancellers today are overwhelmingly concentrated on the ‘social justice’ left – and they are, at least occasionally, reluctant to eat their own. This often results in remarkable and hilarious double standards. In February 2018, for example, liberal Virginia governor Ralph Northam – nicknamed ‘Coonman’ – escaped any serious censure after he was revealed to have apparently appeared in a mid-1980s high-school yearbook photo wearing shoe-polish blackface.

To be fully fair to Northam, the same photo included a student dressed in full white robes as a Ku Klux Klansman, and CNN has noted that Northam has never actually said ‘whether he was wearing the Ku Klux Klan outfit or [the] blackface’. Oh, fair enough. At any rate, he serves as governor of Virginia today. Not to be outdone by any of his neighbors to the south, Canadian prime minister Justin Trudeau was revealed that same year to have worn black- and brown-face several times, and as late as 2001, once apparently painting his entire body to appear in costume as Aladdin at an Arabian Nights revue! He, too, remains solidly entrenched in office today.

Humorous hypocrisy aside, however, the censorship of discussion of more serious issues has a real and profound effect on civil discourse. This is especially the case in the context of Black Lives Matter, where many endlessly repeated nostrums about the interactions between police and black communities that turn out to be almost nonsensically false. Despite the claim by power-players like American attorney Benjamin Crump that black Americans are currently experiencing a ‘genocide’ of police and civilian violence, the total number of unarmed black Americans killed by law enforcement officers in the most recent year on record was 15.

For that matter, the total number of unarmed persons of all races killed by US police was only 56. Barely more than 1,000 Americans – armed or not – were shot by law-enforcement officers in 2019, and exactly 229 were black. All of this information can be found quite easily just by pulling up the Washington Post’s professionally maintained database of police shootings or the equally solid resource available at Killedbypolice.net. Further, it should be noted that even the very slight gap between the 13 to 14 per cent black percentage of the US population and the 22 per cent representation of identified black Americans among police-shooting victims vanishes entirely when a simple adjustment is made for crime rate. The many mainstream media outlets that almost invariably refuse to report any of this undisputed information when discussing BLM, and which not infrequently censor those who dare to do so, are contributing to an odd international hysteria.

An old rule in the business world is never to mention a problem without proposing a solution to it. So, what is to be done about poisonous cancel culture? Basically, citizens should make themselves difficult to cancel and absolutely refuse to participate in the cancellation of others. By the first point, speaking here to those who are not completely financially secure, I don’t mean ‘stay silent’, but keep your Twitter account anonymous and your Facebook account limited to real friends. Those with the security of tenure or an independent income should take a different tack: use this ‘privilege’ to calmly and politely tell the truth whenever needed.

Most importantly, adult free citizens should refuse as a moral rule to mob other citizens – at least in the absence of any actual evil, which is almost invariably the case online and in youth culture. When mobbing occurs in common forums, such as social-media platforms and comments sections, all those with the time to do so should vigorously defend the ritual victims being attacked, as openly and strategically as possible. It strikes me that 10,000 people posting classic anatomical drawings would be a rather effective rebuttal to a published claim that biological sexes do not exist. If done aggressively, consistently and only in response to unnecessary attacks, this ‘massive retaliation’ strategy really could end cancel culture.

When it comes to most of the core claims of wokeness, for good or ill, virtually everyone in fact shares the opinion that the emperor has no clothes. What we have to do now is stand upright together, and refuse to keep praising their weave.