A woke coup at the New York Times

The sacking of the opinion editor, over a controversial op-ed, confirms that the NYT is no longer a bastion of liberalism. 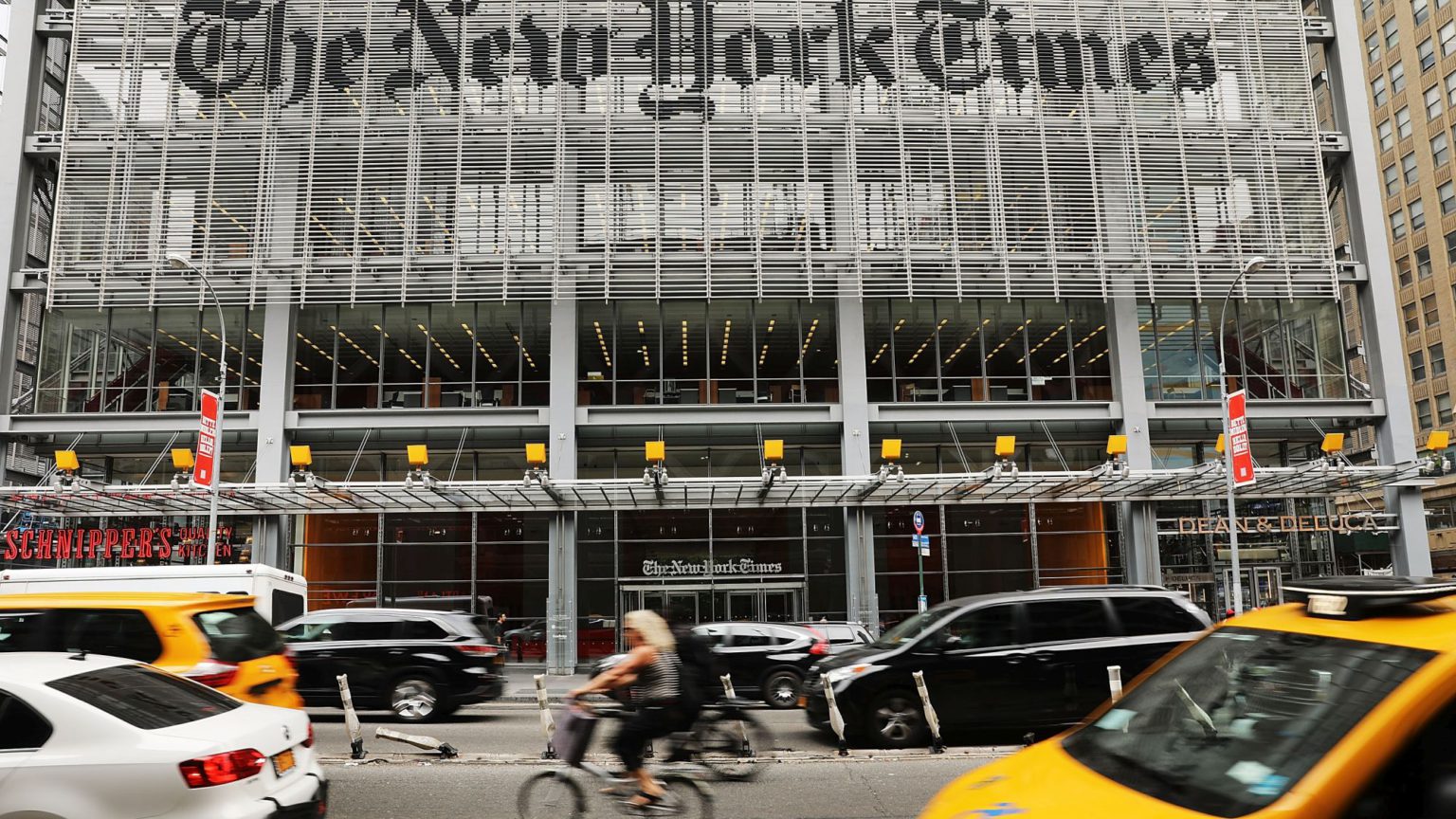 The New York Times is a legendary American cultural institution. Founded in 1851, its nickname is the ‘Gray Lady’, bestowed for its reputation as a sober and impartial ‘paper of record’. The breadth and openness of the Times’ traditional liberal vision is summed up by its slogan, ‘All the news that’s fit to print’, with the emphasis on ‘all’.

But the leaders of today’s Times have decided to throw some 170 years of liberalism in the dustbin of history. Bowing to a threatened ‘virtual walkout’ from its younger and woker staff, the Times’ publisher has sacked its opinion editor, James Bennet. What so offended these employees? An op-ed from a sitting senator that called for the military to back up the National Guard to control rioting in certain cities. This view had majority support among Americans at the time of publication, and was an issue debated in other media. But it was deemed too ‘dangerous’ for the pages of the New York Times by its sensitive staff.

The extraordinary campaign to denounce the opinion piece, written by Republican Senator Tom Cotton, began last Wednesday night, when Times employees began tweeting the same sentence en masse: ‘Running this puts Black @nytimes staff in danger.’ The News Guild (a union) called it ‘a clear threat to the health and safety of the journalists we represent’. To old-time journalists, the idea that an op-ed could be physically threatening might seem odd. But those who know woke politics would recognise the formulation: words can cause violence. At the same time, the Times’ staff who claim to fear for their own safety due to a senator’s words are the same ones who have declared violent rioting to be mere ‘protests’ and the exercise of free speech.

Initially, the powers-that-be at the Times defended the publication of Cotton’s piece, providing a standard liberal rationale. Bennet tweeted: ‘Times Opinion owes it to our readers to show them counter-arguments, particularly those made by people in a position to set policy. We understand that many readers find Senator Cotton’s argument painful, even dangerous. We believe that is one reason it requires public scrutiny and debate.’ The publisher, AG Sulzberger, said: ‘I believe in the principle of openness to a range of opinions, even those we may disagree with, and this piece was published in that spirit.’

These are admirable statements to those of a liberal persuasion. But after an internal staff meeting, Sulzberger abandoned any liberal principles he may have had and caved to the woke mob. The Times apologised for publishing the op-ed, saying ‘the essay fell short of our standards’, and blamed a ‘rushed and flawed’ editorial process. An ‘editors’ note’ was attached to the offending piece, claiming that Cotton made assertions that were uncorroborated, and used a tone that was ‘needlessly harsh’. But these were simply excuses to justify an embarrassing climbdown. Then, on Sunday, Sulzberger decided Bennet had to go. The woke coup was complete.

Watching this play out, it was hard to avoid hearing echoes of Evergreen State College and other uprisings of offended woke students. In both cases, adults, seemingly in charge, are humiliated in meetings reminiscent of Maoist struggle sessions. Having mouthed so many platitudes about diversity and psychological wellbeing themselves, these supposed authority figures find themselves defenceless when called on it by their more morally strident youth charges. And when the younger generation present a form of emotional blackmail – ‘do what I say or you will be blamed for harming me, a person of colour’ – the older generation is too scared to stand up for liberal values, and acquiesces to the mob.

But we have to pinch ourselves and remember – this is not Evergreen State College, this is the New York Times! It’s a bigger deal than a few campus radicals creating a fuss. The capture of such an august institution by the intolerant and illiberal woke set is a major milestone in the ongoing decline of liberalism.

This change, it should be noted, has not come suddenly to the Times. A Lexis-Nexis analysis, conducted by Zach Goldberg, found a very sharp rise in the Times’ use of phrases like ‘social justice’ and other woke terminology starting around 2014. More recently, it abandoned any pretence of objectivity and led the charge in accusing Trump of collusion with Russia. Last year, the Times launched its ‘1619 Project’, which argues that the US is founded on the principle of slavery and can never escape its legacy. Despite being ridiculed by leading historians for promoting multiple falsehoods, the Times has led a campaign to push ‘1619’ into schools, consolidating its shift from reporting to advocacy.

But, however long in development, the woke mutiny at the Times is a watershed moment for US society and culture generally. It seems that the protests over George Floyd’s death, and the rise of Black Lives Matter, are becoming a catalyst for a movement to purge old-think in the media. The top editor at the Philadelphia Inquirer was forced to resign on Saturday, after publishing a piece with the headline ‘Buildings Matter, Too’ (a piece that highlighted the negative consequences of the rioting for the black community). Stan Wischnowski was with the newspaper for 20 years, won Pulitzer prizes and increased the hiring of minority staff. But no matter, the article was too offensive – he had to go. Who, of the older generation of editors, is next?

Meanwhile, the Times looks headed towards taking a harder line against free thinking. In her first note to staff, Katie Kingsbury, the new acting head of opinion, said: ‘Anyone who sees any piece of Opinion journalism, headlines, social posts, photos – you name it – that gives you the slightest pause, please call or text me immediately.’ That’s right, all Times employees are now empowered to report on those who deviate from the new moral mission.

What’s even worse is the corruption of the news side of the business. Although I prefer a diversity of views, I’m fine if the opinion section of a newspaper ultimately expresses a political bias. But, as the latest purges at the Times now confirm, its news reporting is driven by a woke agenda, too – and that means it is hard to trust even the most basic new stories. Indeed, it was revealing that so many from the Times newsroom were leading the charge against their colleagues in the opinion department. Do not expect news stories that question anything about Black Lives Matter.

The Times is keeping its slogan, ‘All the news that’s fit to print’. But going forward, expect to see the paper emphasise the word ‘fit’, rather than the word ‘all’. Its staff will ensure that any thought that doesn’t ‘fit’ with the woke agenda will be expunged from its pages.

Over the decades, the New York Times didn’t always live up to its liberal ideals, but at least it had them. The paper, on the whole, had a positive impact on promoting a liberal outlook in American life. RIP.