The end of oil is not in sight

Environmentalists dreaming of a post-pandemic future free of fossil fuels need to wake up. 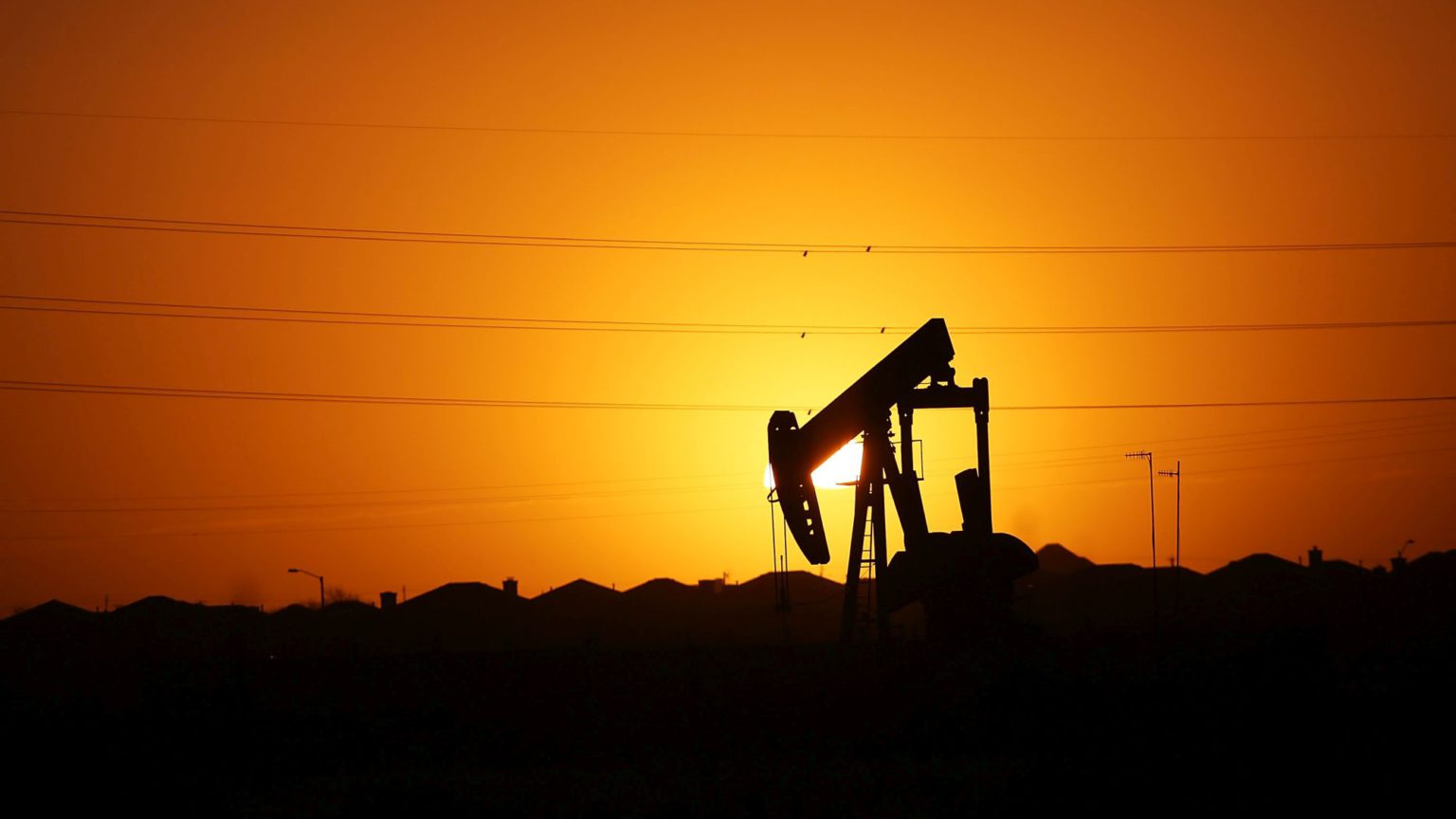 For once, the cliché ‘unprecedented’ really did apply. In April, the price of an American barrel of oil, delivered in May, briefly dropped from a low $20 to minus $40. Storage capacity for oil became so tight, producers paid people to take it off their hands, for fear that supply chains would clog up irreparably.

That has never happened in 150 years of processing oil.

Some believe that the world’s daily average supply of oil – about 100million barrels a day (mmb/d) – could drop by 20 per cent. After all, America’s lockdown has already made demand for oil there fall from 20 to 14 mmb/d. But it is the collapse of demand for it in transport that has attracted most attention. Indeed, in the OECD area (which includes Europe, the US and Central America), transport accounts for more than 60 per cent of overall demand for oil.

The green establishment, now complete with woke banks and investors, sees in ghost roads and empty skies the beginning of the end of oil. These are the ‘sunset years of the fossil-fuel era’, contends Sky News’ economics editor. The former head of BP, Lord Browne, now says ‘people who have spent months worrying about their lungs are more likely to want clean air’ than continued use of oil. The International Energy Agency’s chief energy modeller has proclaimed that renewables beat fossil fuels because they’re like children – immune from the effects of the virus. Overall, we’re told, the world faces peak demand for oil in just a decade or two.

These people need a reality check. They are convinced electric vehicles will supplant petrol and diesel ones, and that renewables will replace fossil fuels. But they’re fooling themselves.

Take electric transport, for example. It would take 14 years just to restock the entire fleet of cars on UK roads. And, even then, that would depend on: all new cars made being electric by law; the sales of these new cars remaining steady, at 2.3million per year, despite the coming depression; the eight million used, internal-combustion-engine cars sold every year being declared illegal; and the sunk costs of petrol stations and tankers being ignored in favour of new charging points everywhere. And that’s four very big ifs. In other words, it could take much, much longer than 14 years to replace the UK’s existing fleet of cars.

For decades, too, acquiring and transporting the materials for electric cars – as, indeed, for wind turbines and solar panels – will depend on oil much more than electricity. Remember, for example, that the cobalt in batteries isn’t mined in by far the world’s largest producer, the Democratic Republic of Congo, by electric robots and distributed by electric trucks. No, it’s mined using children and diesel.

Greens also expect far too much of China. I’m a big fan of China’s electric cars, but Asia’s rebound from Covid-19 will see demand there surge for cheap-to-buy-and-run conventional cars. Renault, for example, envisages electric vehicles taking just a quarter of the Chinese market by 2030. And it will not just be the Chinese in Asia who, with higher incomes, will want the freedoms provided by the conventional car.

Beyond oil and transport, what about heat and gas? In energy, the price of gas tends to follow trends in the price of oil; so right now, gas, like oil, is really cheap. Yet, obsessed with global ‘heating’, our electric fetishists nevertheless forget the role of heat in industrial processes – the production of steel, chemicals, fertiliser, food, drink, cement, pulp, paper, and plastics – and the centrality of gas within those processes. Even in advanced, electric-arc furnaces, for instance, only half the energy used to make steel comes from amps and volts. Similarly, it is just possible that, by 2050, all plastics production in the EU will be electricity-based, including that of PPE. But environmentalists themselves concede that, in such a case, costs would be two to three times higher than today. And the claims that we can replace ‘nearly all’ UK household gas boilers with electric heat pumps or other alternatives to gas by 2050 remain fanciful at best.

And what of power supply? Environmentalists again deceive themselves when they take the irresistible rise of ‘green electricity’ for granted.

The government’s Digest of UK Energy Statistics states that, in 2018, wind and solar provided just 63.5 per cent of the record 33 per cent of UK electricity produced by renewables. The rest was produced by biofuels, the use of which many greens criticise on the grounds that they emit CO2 and require excessive amounts of land to be grown.

In other words, what are generally understood to be ‘renewables’ amount to just 21 per cent of the UK’s annual electricity supply. Yes, breezy and sunny summers can famously generate higher quantities of UK renewable electricity. But wind and solar won’t dominate year-round UK power supply for ages.

Greens contend that renewables use will increase because wind and solar are always getting cheaper. Yet while wind and solar, like electric vehicles, will indeed benefit from improvements in production technology, so will oil and gas. Our electric fetishists ignore, for instance, how IT has raised the productivity of US shale oil and gas production.

Selective in their appreciation of technological advance, electric fetishists are downright dishonest about the work that goes into electric systems. As noted above, child labour, sweat and exploitation account for much of the production of cobalt for batteries. But for electric fetishists, such facts are inconvenient.

As, indeed, is the fact that nobody can really forecast oil prices. But one kind of forecasting we can do without is the sort that’s wishful, technocratic, and, above all, authoritarian. In the 1980s, the uber-Thatcherite minister Norman Tebbit famously told the unemployed: ‘On your bike!’ Now our wannabe electric rulers tell everyone: on your electric bike – or buy that £40,000 Tesla.