For all the optimism about wind and solar, renewables are nowhere near viable. 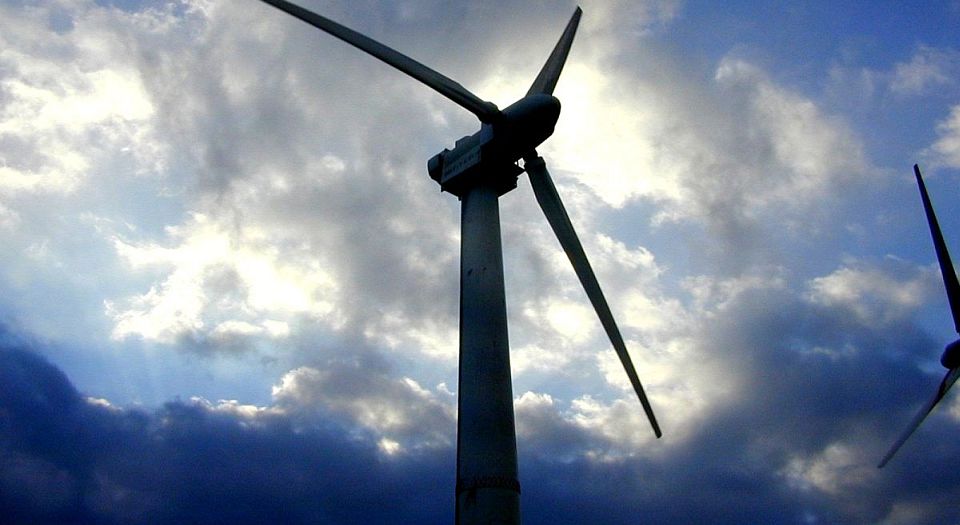 Among greens, technological innovation is the new black. After all, dissing the plebs for their ignorant and greedy, carbon-guzzling behaviour hasn’t proved very popular. Similarly, protesting coal-fired power stations in Asia has cut little ice. So now environmentalists have conveniently discovered that technological innovation in wind and solar power will rapidly supply much of the world’s electricity.

Since 2008, the US has wanted wind power to account for a fifth of its electricity generated by 2030, up from 4.5 per cent today. Likewise, presidential hopeful Hillary Clinton envisages America as the ‘clean-energy superpower’, one where renewables generate ‘at least a third’ of electricity as early as 2027. Now the Paris Agreement upholds what it calls ‘universal access to sustainable energy in developing countries, in particular in Africa, through the enhanced deployment of renewable energy’. Indeed, at the Paris talks, US secretary of state John Kerry proclaimed ‘clean’ energy to be ‘cheaper against today’s alternatives’.

Is any of this credible? No. We are in no shape to make renewable electricity supplant the conventional sort within the next 15 years.

The dishonesty of green tech

During COP21, the US, much of Europe, China, India and several other major nations launched Mission Innovation, aimed at doubling research and development (R&D) into renewables by 2020. Significantly, Bill Gates and 28 other billionaire investors joined the mission. For Gates, this intrepid group of ‘patient’ capitalists has a philanthropic goal: the investors’ aim is ‘as much to accelerate innovation as it is to turn a profit’. Gates hopes that, over at least a decade, photovoltaic panels might morph into ‘solar paint’; rechargeable electrolyte in batteries, or ‘flow batteries’, might beat the lithium-ion sort; and sunshine might help make hydrogen and hydrocarbons in a process he calls ‘solar-chemical’.

While Gates believes that renewables need big improvements in clout and cost, Kerry imagines they’re already profitable – even without the subsidies they bask in. As he told COP21, renewables today are ‘one of the greatest economic opportunities the world has ever known’, and investors can now ‘do well and do good at the same time’. To complete the euphoria at the Paris talks, solar power in developing countries enjoyed special support. Thus, on top of Mission Innovation, a second key initiative emerged alongside COP21. Launched by India and France, the International Solar Alliance brings together around 120 tropical nations to attract $1,000 billion of investment in solar by 2030. The aim: to cheapen existing solar technologies, but also develop new ones ‘tailored to the specific needs of members of the Alliance’.

What dishonesty surrounds green tech! Today, ‘tailoring’ solar to the reputed needs of developing countries won’t build them the kind of electricity capacity that can continuously power ‘factories, skyscrapers, and other large consumers of energy’, as Gates rightly observes is necessary. Drawn up by international elites and the United Nations, the official programme for developing countries in solar is paltry by comparison. It plans to give the rural poor ‘access’ to electricity that’s ‘decentralised whenever possible and based on clean energy’.

As ever, climate negotiations form a diplomatic charade that only reveals the West’s grimy conception of how the developing world should develop – with just enough low-tech, low-output green electricity-lite to power a village hut, no more.

The idea that solar panels have now reached ‘grid parity’, or price equivalence with fossil fuel-powered electricity, is another charade. According to the US Energy Information Administration, the efficiency of solar (12 per cent) and wind (26 per cent) remains way below the efficiency notched up by conventional power plants, such as gas (42.9 per cent).

Yes, solar efficiencies have improved, but it has taken decades – and strides have mostly been made in laboratories, not under the more arduous conditions of everyday use. The economies of scale and subsidies enjoyed by Chinese manufacturers of solar panels have bankrupted their rivals and lowered prices. Yet with improvements in efficiency so slow, panels will go on occupying a lot of land, or roof space, for years and years. That will keep their installed costs buoyant, as well as counteract the falling costs of installation, maintenance and financing that US solar-services firms have recently achieved.

As Gates’ proposal for solar paint suggests, buildings and especially homes, not expansive ‘farms’ of panels, remain the principal units of account for solar power. Yet how can household panels, still less those mounted atop blocks of flats, provide enough reliable energy to power fleets of computer servers and trains, still less the processes involving heat that are at the core of making steel and cement? Solar can never be an easily concentrated, continuous source of baseload power in the way that fossil-fuel-fired and nuclear-power stations can be. Every spurious exaggeration of solar power’s capabilities in developing countries consigns them to stunted development – to intermittent, weak electricity.

Perhaps better battery storage of energy – including flow batteries – offers hope. Yet here, too, illusions are enormous. Storage will add to the costs of wind and solar. Moreover, even the breakthrough lithium-air battery, just announced by Dr Clare Grey at Cambridge University, will require at least a decade to be commercialised.

Why we need R&D

One of the chief dangers emerging from COP21 is that the misconception that renewables are saving the planet, along the lines of Germany’s disastrous, nuclear-free ‘energy transformation’, will now be taken as given.

Now, of course, no silver bullet will solve the issues of energy supply; so, for all their depressing intermittency, wind and solar power deserve, in principle, the kind of large and long-term R&D budgets that fossil fuels and nuclear power ought to enjoy. But, in fact, R&D expenditures by the West on renewables are, like those on fossil fuels and nuclear, utterly negligible. In 2014, Europe spent just $1.52 billion on R&D for renewables, while the US and Canada spent $1.08 billion. As for R&D in fossil fuels, Europe spent a mere $0.57 billion; the US and Canada, just $0.8 billion.

Yes, on a good day wind turbines can now generate a lot of a country’s electricity; yes, the price of solar electricity is now going down; and yes, innovation always needs to think about the longterm. But in the case of renewables, reliably generating a quarter of the world’s electricity at prices that compare well with fossil fuels and nuclear will have to wait until 2040 or later, not 2030. Even then, renewables will still need a lot of fossil-fuel backup to ensure continuous electricity generation.

Governments, and now philanthropically minded capitalists, may stress the ‘creative’ side of the creative destruction of the fossil-fuel and nuclear industries. Yet the preference for renewables has up to now meant subsidising yesterday’s technologies more than spending on tomorrow’s R&D. So, despite all the self-loathing of the fossil-fuel and nuclear industries, and despite the relative lack of profitability of nuclear, renewables will not wreak destruction on them for a long time to come.

There is simply not enough investment being made in new industries to eradicate the old. Capitalism is barely interested in general investment and innovation – let alone investment in energy, where the installed base and sunk costs of fossil-fuel infrastructure will only be overcome over decades.

John Kerry can claim that ‘over the next 15 years, $17 trillion is expected to be invested in energy, and the vast majority of that is going to be in clean energy, thank heavens’. But such a flow of investment into renewables is about as likely as the widely ridiculed ‘flows’ of renewables promised to developing countries by developed ones.

The numbers say it all. Kerry promises trillions of investment, when, in fact, the amount of credit extended by the West to help companies sell wind and, to a much lesser extent, solar power to the richer developing economies (‘middle-income countries’) was just $1.6 billion in 2013-14. And North America and Europe’s R&D budgets for renewables, are, as we have seen, even less than that.

So, don’t buy the hype: for a quarter century or more, renewables won’t make much of a difference to the world’s electricity supply.