Central bankers should stay out of the climate debate

Politicians have handed over too much power to unelected technocrats. 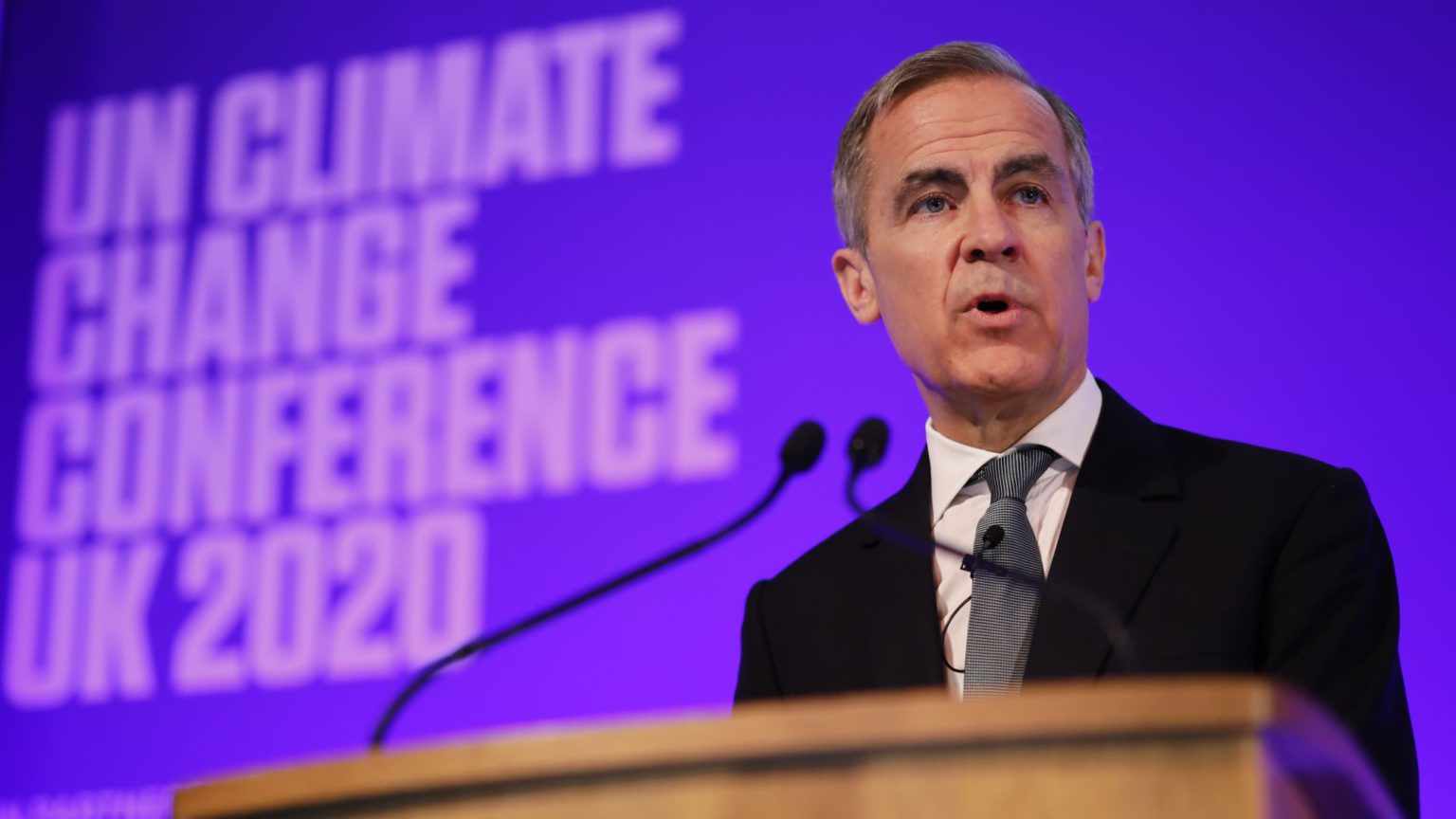 The claim that climate change is the most important issue facing humanity has become an article of faith for the political class. Yet at the same time, politicians seem strangely happy for unelected technocrats to make pronouncements and even to form policy in this area. Central bankers once did little more than act as behind-the-scenes advisers to governments on technical matters of monetary policy. So it is striking that they have now become prominent figures in the climate debate.

After almost seven years as governor of the Bank of England, Mark Carney is about to become the United Nations’ special envoy on climate action and finance. From the early days of his time at Britain’s central bank, he played a key role in making climate change an area for central-bank policy. More recently, his counterparts at other central banks, including the European Central Bank (ECB) and the US Federal Reserve, have followed his lead. Although their arguments are usually framed in terms of finance, they generally have far wider implications for policymaking.

Carney took up his role at the Bank of England in 2013 after occupying the equivalent position for five years at the Bank of Canada. In parallel with his two stints as a central bank governor, he was chair of the Financial Stability Board (FSB) – an international organisation set up by finance ministers and central-bank governors – from 2011 to 2018. He has been active in the policymaking debate on climate change for several years.

Carney’s interventions were low key at first, but not for long. Back in 2014, he got into a correspondence with the House of Commons environmental audit committee on the subject of ‘stranded assets’. The concept was introduced by the financial think-tank Carbon Tracker to warn about assets that would be unusable as a result of either climate change itself or of climate-change policy. In 2015, Carney warned publicly that investors could face ‘potentially huge’ losses due to climate change. The thrust of Carney’s argument was that tougher rules to curb climate change could make vast reserves of oil, coal and natural gas ‘literally unburnable’.

Carney’s statements are not detached observations. On the contrary, they are designed as a direct threat to energy companies in the here and now. They put pressure on investors, such as pension funds, to withdraw money from fossil-fuel firms or at least to threaten to do so. Carney’s threat had far-reaching economic consequences. And yet it was made by an unelected state functionary.

In 2015, Carney’s FSB was asked by finance ministers representing the world’s 20 largest economies to set up the Task Force on Climate-Related Disclosures (TFCD). The goal of the committee was to develop climate-related financial risk disclosures for use by companies. Michael Bloomberg, the billionaire US media mogul, was made its chair. Although its work was framed in technical terms, it was another initiative designed to pressure businesses to behave in particular ways.

Not long before the TFCD was officially established, the Bank of England governor outlined the role it could play. In a speech at Lloyds of London, Carney emphasised what he saw as a narrowing window of opportunity to tackle the threat of climate change. Again, this was coming from a technocrat with no democratic mandate.

As it happens, Carney has no scientific expertise in this area, either. Nevertheless, he returned to the theme several times during his time as governor. For example, in December 2019 he gave an interview to Radio 4’s Today programme in which he argued that the world will face irreversible heating unless companies shift their priorities soon. The episode was guest-edited by climate campaigner Greta Thunberg.

Carney now views climate change as an organising principle of finance. As a prelude to the United Nations Climate Change Conference in Glasgow in November (COP26), he made a speech declaring as a goal that ‘every financial decision takes climate change into account’. In practice, taking account of climate change will mostly mean curbs on economic activity, driving down living standards. Of course, politicians and campaigners should be free to argue for eco-austerity if they think it is necessary. But they should not be leaving it to technocrats to encourage cuts to investment without any public debate.

Where Carney leads, other central bankers are following. Christine Lagarde, the former IMF chief who now heads the ECB, has argued that climate change should be central to her new organisation’s role. Even the Federal Reserve, the US central bank, which has until recently shied away from the climate initiatives pushed by its peers, has accepted that it has a role to play in combating climate change. The chair, Jerome Powell, says it is only a matter of time before the Fed joins the Network for Greening the Financial System, an organisation of several central banks and financial supervisors dedicated to understanding climate change. The Federal Reserve Bank of San Francisco, one of the Fed’s 12 regional branches, held a major research conference on climate change in November last year.

Of course, climate change is not the only important area of public policy in which unelected central bankers have come to play an important role. Perhaps most notorious were Mark Carney’s claims around Brexit. In May 2016, before the referendum, he warned that a Leave vote could spark a recession. In 2019, he said a No Deal Brexit would result in an instant shock for the British economy. Carney would no doubt claim he was only giving his neutral view as a technical expert. But in both cases, whatever his intention, he was intervening in an important public debate.

In many respects, the growing role of central bankers in policymaking parallels developments with the judiciary. As spiked has argued elsewhere, judges have become increasingly involved in making the law rather than simply implementing it. In the case of central bankers, their role has moved beyond even economic policy. Until the 1990s, the key role of setting interest rates was the responsibility of the chancellor of the exchequer, with the Bank of England providing technical advice. Since then, the bank’s role has expanded beyond setting interest rates and economic policy to contentious topics like climate change and Brexit.

The broadening role of central banking and the judiciary can be seen as an extension of the phenomenon of ‘constrained’ or ‘insulated’ democracy. The defining characteristic of constrained democracy is that limits are placed on the decision-making power of elected representatives. Usually, as in the case of central banks, the main driving force is politicians who are happy to relinquish important areas of responsibility. The relinquishing of power even extends to climate change, despite the fact that politicians themselves define it as being of existential importance to the world.

For the sake of democracy, it is time to kick central bankers out of politics.

Daniel Ben-Ami is a writer. An expanded version of Ferraris for All: In Defence of Economic Progress is available in paperback. (Buy this book from Amazon (UK).)