The response to Covid-19 demands political judgement which goes way beyond the remit of epidemiologists. 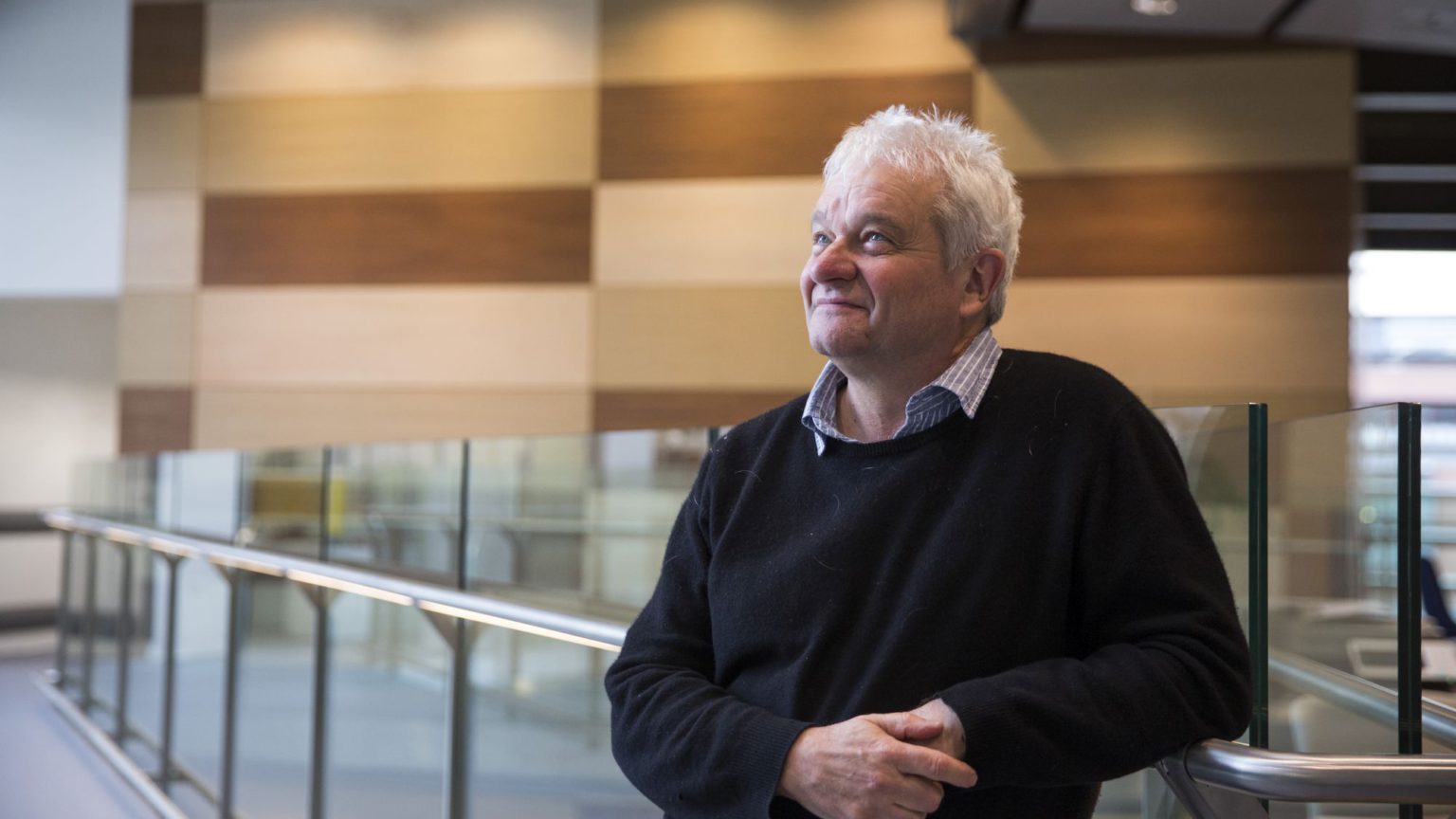 In our new age of social distancing, it has been almost impossible not to notice the self-important experts basking in the sunlight of public recognition. ‘We have been vindicated’, they smirk. ‘You plebeians who thought you could do without experts, look at you now’, they seem to say. Perhaps we should be grateful that the experts have been willing to put their bruised egos aside and have come to the rescue.

This was the point made by Nobel prize-winning geneticist Sir Paul Nurse in an interview in The Times. ‘Boris knows he is out of his depth. Suddenly experts are useful again’, read the headline.

We should recall that Nurse is one of the experts who attacked Michael Gove’s questioning of the poor track record of economic predictions during the 2016 referendum. Nurse castigated Gove on Newsnight for deriding experts and opening the floodgates of scepticism ‘into all sorts of other areas where experts have an enormous contribution to make to the proper running of society’. But Sir Paul Nurse’s criticism was wrong then and is in danger of being even more dangerously wrong today.

As spiked has frequently argued, the idea that people have given up on experts is a fiction. It was an elite invention of the Brexit era. The myth of the so-called post-truth society was peddled as a self-serving way of explaining why ordinary people turned their backs on elite values and followed their own instincts instead. The need for expertise in a technologically advanced society has never seriously been called into question – and nor is there any need for it to be.

What has been called into question is the elevation of the expert, particularly in relation to elected politicians or to public opinion. Those calling for rule by experts fail to understand that while experts’ views are critical in the fight against Covid-19, the decisions reached must be political ones which require judgement based not just on expert opinion or on scientific facts. The inherent danger of the elevation of the expert occurs when this expertise becomes a substitute or a crutch for the exercise of political judgement.

The example of Sir Paul Nurse is important to dwell on because it demonstrates the problem so clearly. As the director of the Francis Crick Institute – the largest biomedical laboratory in Europe – he, along with a team of researchers, is working flat out to increase the UK’s testing capabilities for Covid-19. The institute is also going to repurpose its London laboratory as a mass screening centre. This is a great effort which we should acknowledge and cheer. All power to their elbows.

The skills and expertise of Nurse and his researchers give weight to many of his insights. For instance, he has made damning criticisms of contemporary risk aversion and over-regulation, arguing that these have slowed down the introduction of new treatments and innovations, with dire consequences for the fight against Covid-19. These comments are poignant and powerful.

But Nurse is wrong to describe Boris Johnson as being uniquely ‘out of his depth’. Yes, the prime minister is not an epidemiologist. But the uncertainty and newness of Covid-19 mean that even epidemiologists are necessarily out of their depths, too.

We trust that they have the skills and experience to offer good advice on mitigating the spread of the disease, and, ultimately, to find a cure. This is precisely why Johnson needs people like Sir Paul Nurse. But we cannot forget that Johnson is an elected head of a government with responsibility to govern society as a whole, not just for sectional or specialised interests. For this, Johnson needs more than epidemiologists. He needs sound political judgement – and the input of experts ought to be only one element of the process through which political decisions are made.

If Sir Paul Nurse were to apply his own criticisms to himself, he might ask why a ‘yeast specialist’, as he rather humbly describes himself, is pontificating about politics with such confidence and certainty. Nurse has strong opinions on Brexit, which he vigorously opposed; he also thinks it will harm the fight against Covid-19. He warns about a coming ‘double whammy’ in the economy – ‘trashed by Covid and… by Brexit, so we’re going to be in some very difficult times’. Nurse says with absolute certainty that the Brexit transition period should be extended.

The problem here is not the views he is expressing and whether they are right or wrong. Everyone is free to sermonise on any subject they like. We can agree or disagree. No, the danger is the weight given to someone with the gravitas of Sir Paul Nurse, especially at a time when he is at the coalface of the Covid-19 crisis. We should certainly listen carefully to his ideas and approaches to Covid-19 testing. If he achieves what he has set out to do, we should shower him with plaudits. If he fails, we should salute his efforts and encourage him to return to the battlefield and hopefully get it right next time.

But on the economy or the EU, Nurse’s opinion is simply another view in a sea of differing opinions which we should judge like everyone else’s. Being a ‘yeast specialist’ does not mean his views on subjects outside of his specialist knowledge should be accorded any more authority than your local bookie or taxi driver.

What Sir Paul Nurse and many of his colleagues are guilty of is expertise slippage. There is a tendency of experts in one field to pass judgement on matters which fall outside their area of expertise. The authority they possess in their fields of expertise should not give their non-expert opinions authority, too. For instance, mathematicians seem to think that because they know about exponential curves, they can preach about social distancing. Some of the most vocal early proponents of a lockdown to combat Covid-19 had very little relevant expertise. Take the 229 ‘experts’ boosted by the BBC who urged tougher measures. This list of experts turned out to include specialists in a range of disciplines, from mathematics to genetics, but not a single expert in the science of the spread of diseases.

The title of ‘expert’ does not accord experts, or the governments relying on them, with untouchable superpowers. It does not mean they can talk authoritatively about anything outside of their specialist knowledge. Nor do they possess magical powers to dissolve criticism. ‘Shut up’, we are told, ‘they are experts, they know what is right’. A new tyrannical moral order of experts, socially distanced from ordinary people, has emerged, and it is fast becoming a foil behind which bad judgements are being insulated from public opinion.

It is important to recognise that experts have a legitimate and critical role to play in contributing to decision-making. But expertise should never trump the political judgment needed to make decisions which have ramifications way beyond the specialists’ spheres of knowledge. Epidemiologists can explain how Covid-19 might spread, but their specialist knowledge should be only one input into any decision regarding social distancing or the shutting down of the economy. Decisions like these are extremely difficult. They require economic, moral and social judgements about death, life and freedom, as well as a sense of proportion.

Yes, scientists will certainly have opinions on all manner of issues – just like hairdressers and nurses do. But science cannot pass political judgement on a policy because science cannot answer moral truths. To suggest otherwise is not simply to hide behind science — it is also to denigrate both the science and the decisions reached. It justifies catastrophic decisions like shutting down the entire economy which, in all likelihood, could end up in the longer term being a greater threat than Covid-19 itself.

Bad decision-making is not a crime. Governments, businesses and citizens make bad decisions all the time. Being open, as Johnson was, especially with his experts flanking him at the start of this process, was the right thing to do. But now bad political judgements are being defended increasingly through recourse to expert input. This not only deauthorises experts when we need them most — it also makes a mockery of freedom.

In a democracy, judgement, or the conscious application of perspective to decision-making, is part of freedom. This is not an abstract principle. It is an infinitely practical principle. If we are not free to dissent, to question the experts, the government and the policies they present, then we are no longer free citizens. A fundamental source of expert accountability is lost, too. Elevating the expert at the expense of dissent means we have been cast as supplicants – objects, not active subjects.

Sir Paul Nurse is especially wrong about Brexit. The only real counterweight to the expert-led displacement of judgement is the wisdom of the demos. We might not all be experts, but we all live at the sharp end of bad judgements. It is not we, the people, who need to know our place and limits. It is the experts who need to keep to theirs. We, collectively, with all our diversity of opinion and experience, are best placed to forge judgements to get us through this crisis. Instead of using experts to substitute for judgement, politicians should be searching for ways to bring the demos into decision-making, not marshalling us out of parks, treating us like naughty children playing truant. It is the experts who need reining in, not the people.