The idea that Brexit was a revolt against expertise was always nonsense. 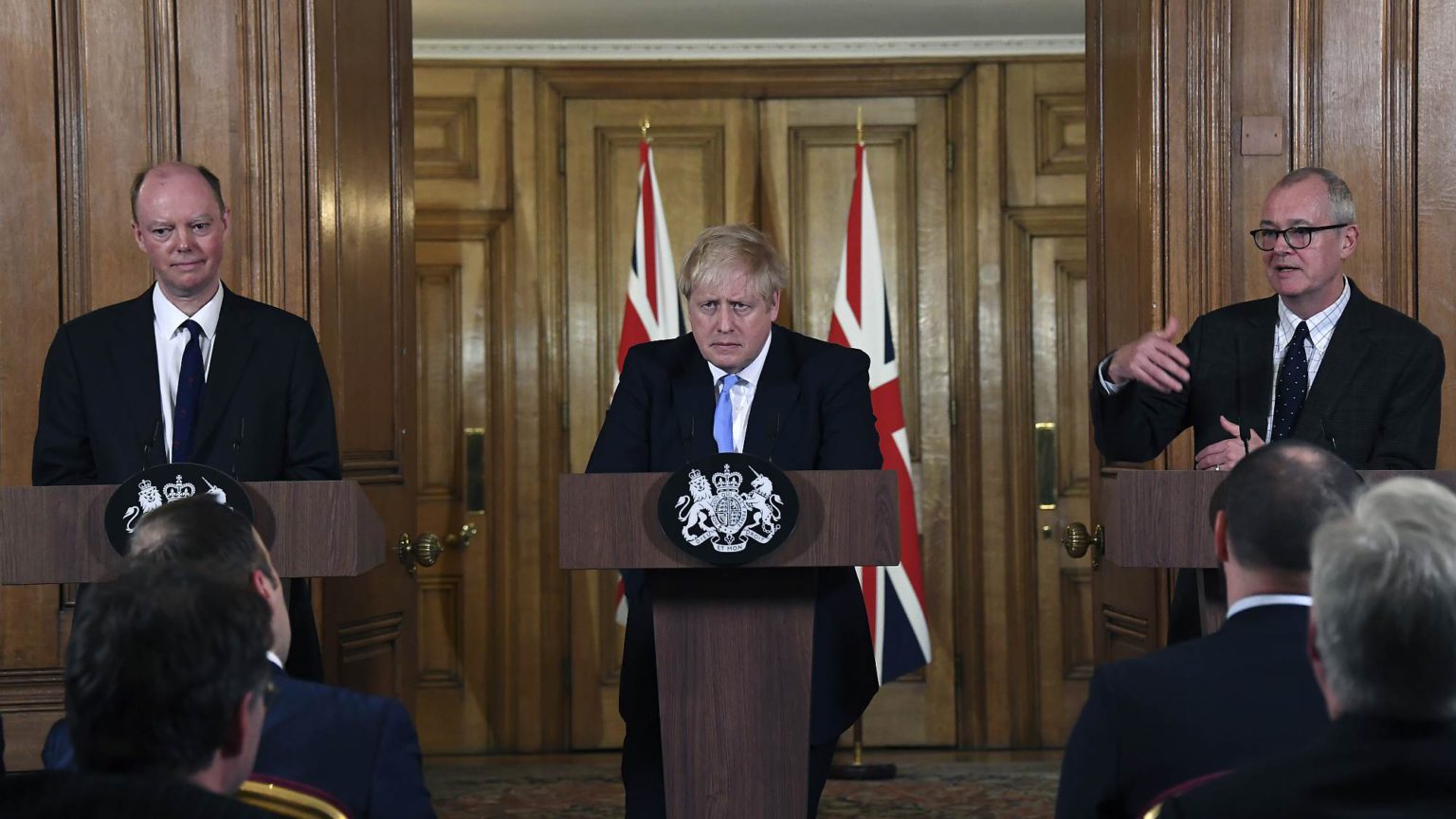 For those still clinging to the technocratic consensus of the past few decades, writ large in the European Union, the ECB, the IMF, and the other institutions of neoliberal governance, the Covid-19 outbreak is supposedly proving what these insufferable smugsters always knew. That is, that Brexit voters, Trump supporters, and anyone else who has stuck two fingers up at our now bedraggled political class, were idiots to think they could do without experts. In this sense, the Covid-19 outbreak is supposed to have revealed our folly. It has made a mockery of our ‘anti-intellectual impatience’.

Look at Brexiteers now, our betters say. They are hanging off the words of experts. Craving insight and guidance from the senior doctors and researchers. Poring over comments from virologists, epidemiologists and pharmacologists. Heck, even Boris Johnson, that shameless post-truthing showpony, is deferring to the now near saintly figures of Chris Whitty and Patrick Vallance, his chief medical adviser and chief scientific adviser, respectively. They’re clearly the ‘adults in the room’, as James O’Brien, the demented Brexit-baiting broadcaster, repeatedly calls them. It shows, says one columnist, that ‘Expertise matters. Institutions matter.’

Donald Trump looked, in the face of this crisis, to be holding out against expertise, preferring his hunches to the accumulated knowledge of the medical and the scientific community. But even in Trumpland, doubts as to The Donald’s omniscience are now rising nearly as fast as the Covid-19 infection rate. It’s difficult, then, to avoid the conclusion of this weekend’s Observer editorial – namely, that the importance of experts has revived after its ‘denigration by populist leaders around the world’.

Or it would be difficult to avoid that conclusion if it was ever actually true that Brexit, or even the Trump vote, was borne aloft a tide of anti-expert sentiment. Because like so much of the Brexit narrative, this is a distortion of the losing, but still hegemonic, side. It is a warping of the actual criticism and rejection of expertise ventured during the Brexit vote.

Take even the supposed founding statement of the expert-bashers: ‘The people of this country have had enough of experts…’ It is true that the Leave-supporting cabinet minister, Michael Gove, said those words on TV during the referendum campaign. But they constitute only a part of the whole sentence. Gove went on to say that people have had enough of experts ‘…from organisations with acronyms saying they know what is best, and getting it consistently wrong’.

Gove never attacked experts per se. He criticised, first, the elevation of certain figures and groups — from think-tanks to economic, financial and trade bodies, all with their own vested interests — as somehow being above the rest of the demos. And second, he criticised them for often getting things wrong. Their predictions are often awry, their analyses are often off. Gove didn’t need to come up with specific examples. Enough had been generated in the public mind by the financial crisis of 2008.

Most of us have absolutely no problem deferring to an expert when we are seeking to tackle a problem or issue in his or her field of expertise. Even Gove would defer to a cardiologist if he was having a heart attack. That’s because, in their respective domains, experts, through training and professional achievement, have earned their status. We trust them to know better than us in their respective domains of expertise. And so, in those domains, they have authority, be it the GP in his surgery or the chemical engineer in his laboratory.

But what people have grown opposed to over the past two decades or so has been the political exploitation of that authority – the attempt to use the authority an expert has developed in one domain to authorise judgements and decisions in the political and moral domain. The attempt, that is, on the part of politicians to use, say, the authority of a physicist, or an economist, or a neuroscientist, to tell us how we should live, or vote, or parent. These experts should not have authority in those domains. Because those are domains over which we, as citizens, ought to be sovereign.

The Covid-19 outbreak hasn’t changed anything in this regard. The struggle for democracy and autonomy goes on. If anything, the outbreak has merely proved what Brexiteers always knew – that we didn’t reject expertise at all. That in their fields, be they virology or epidemiology, experts will still be listened to.

The only truly revealing thing about the response to the Covid-19 outbreak has been the willingness of unreformed Remainers, aided and abetted by Never Trumpers, to use a deadly virus that has already killed thousands to score cheap political points.