The bizarre beatification of Phillip Schofield

Is Schofield brave for coming out as gay? Get a grip. 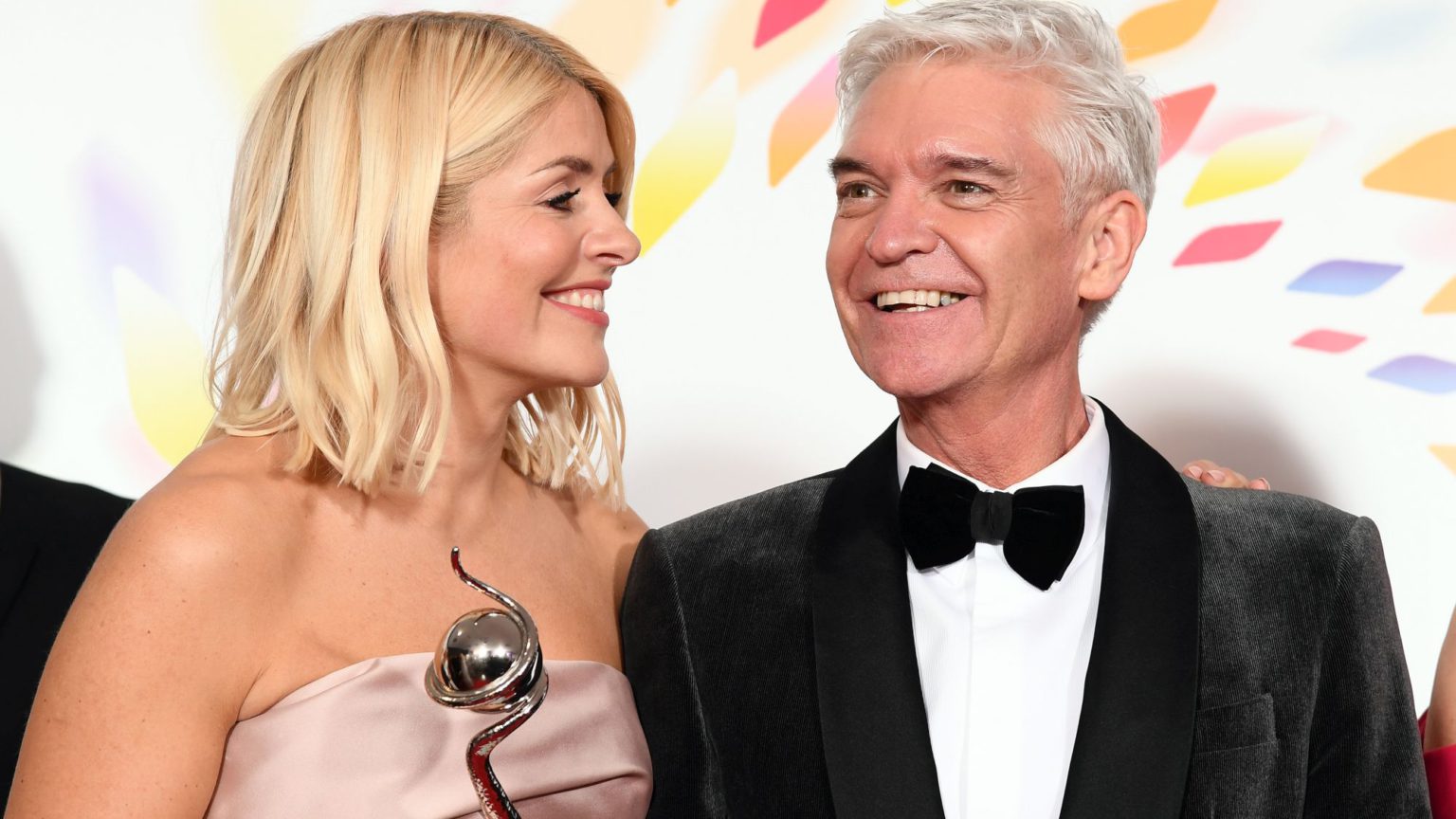 Brave used to mean going to war. Or risking life and limb for your political beliefs. Or smuggling contraband literature into tyrannical countries. Or going to the Moon. Now it means being a millionaire who uses his comfy position as the King of Daytime TV to tell everyone he’s gay. Brave, courageous, amazing, wonderful, powerful – these are some of the histrionic words that have been used to describe Phillip Schofield’s outing of himself on the This Morning couch. What has everyone been smoking?

The response to Schofield’s revelation has been mad. And telling. Overnight he has become a secular saint. St Phillip, patron saint of the stunning and the brave, godhead of gays, a messianic cultural figure whose coming out is ‘a day to celebrate’, according to pop singer Will Young. Maybe it should be a national holiday. Phillip Schofield Day, when the This Morning theme tune is pumped into all public spaces and we all solemnly remember the great sacrifice Phil made in his confessional chat with Holly Willoughby. After all, as Stonewall says, this is a ‘massive moment’ for ‘society in general’, so the least society can do is mark this historic, epoch-quaking occasion.

What rot. This isn’t about Schofield himself. If he’s happier now, that’s nice. Good luck to him. No, the weird thing here is the sacralisation of Schofield, and of the gay identity more broadly. The Cult of St Phillip confirms that in the aristocracy of identity, homosexuality is very close to the top. It’s one of the most ‘authentic’ identities, apparently. One worthy of worship. One which confers upon the individual all sorts of special powers and skills. Sensitivity, authenticity, bravery, good fashion sense, and a sacred place in popular culture, where every gay character is an unusually wise possessor of the secrets to life and happiness – this is the story of gayness now. The secular beatification of Schofield confirms the sanctity of homosexuality in our post-traditional, commitment-sceptic, identitarian era.

We might, if we were being cheeky, refer to it as gay privilege. Virtually every use of the word privilege by the woke set and the cultural elite is daft and unconvincing these days. They bang on about ‘white privilege’ with no regard whatsoever for the armies of white working-class people who enjoy no privilege whatsoever. They accuse trans-sceptical women of enjoying ‘cis privilege’, which is just an underhand and misogynistic way of telling these women to STFU about the men who identify as women who want the right to have a balls-out shower in the women’s changing room. But the idea of ‘straight privilege’ is especially ridiculous. Right now, among the Western political and cultural establishments, it is gayness that is celebrated while straightness is deemed to be drab, dull, predictable and in urgent need of a fabulous makeover (witness Queer Eye for the Straight Guy, Ru Paul’s Drag Race, and all the other embarrassing gays-as-cultural-kings stuff that passes for entertainment these days).

The notion of straight privilege, or of gay oppression, is utterly unsustainable today. It isn’t gay commentary that is demonised and suppressed today (thank God) – it’s commentary that is critical of gay marriage, which is casually branded as bigoted and homophobic. It isn’t pro-gay businesses that are boycotted by the great and the good (thank God) – it’s any business that has ever expressed any doubt whatsoever about gay marriage. Think of the Christian-owned Chick-fil-A. Its first UK chicken shop was shut down because of the menacing threat of harassment and boycotting. It isn’t pro-gay politicians who are pilloried as weirdos and perverts (thank God) – it’s gay-sceptical politicians like former Lib Dem leader Tim Farron. Things have come to such a bizarre pass that these days the Church of England feels the need to apologise for saying things that might be construed as anti-gay. The other week the CofE expressed regret for the ‘hurt and division’ caused by its statement that sex is for married heterosexual couples only. Christian church apologises for holding Christian beliefs – this is the power of gay privilege.

Gayness is now such a coveted identity that even someone like Jameela Jamil, the TV presenter, actress and spouter of incessant woke nonsense, wants a piece of the queer action. In response to a Twitter beef over the revelation that she will be a judge on a gay-themed dance show, she came out as queer. Yeah, right. This looked like a pretty transparent attempt to dodge the accusation that she had ‘strayed from her lane’, something that someone as painfully PC and identity-obsessed as Jamil would consider to be a sin of the highest order. This incident confirmed how the sanctification of gayness also robs it of its colour and dynamism, ironically. Courtesy of the cultural elite’s creepy and censorious gay-friendliness, even ‘queerness’ has been reduced to little more than a pose that even vanilla straights like Jamil can claim to identify with. It rather brings to mind that episode of Sex and the City in which Charlotte starts hanging out with lesbians. ‘Sweetheart, this is all very nice’, says one of the lesbians, ‘but if you’re not going to eat pussy, you’re not a dyke’.

To see what’s happening with gayness, consider the double standards exposed by the Schofield affair. He’s been married for 27 years. He has two children. Many people might not agree that the collapse of a marriage, a marriage in which there appears to have been a component of deceit, is something to celebrate. They might feel for Schofield’s wife and children. No doubt they will be called homophobic for distracting attention from the beatification of Phillip and his ‘authentic self’, as John Barrowman called it. After all, the authentic self counts for everything in contemporary society. It overrides everything else. Even institutions like marriage – once the glue of communities and of society itself – fade into insignificance when it comes to the cult of self-realisation and self-revelation. So Schofield’s This Morning revelation is apparently infinitely more important than the question of what has become of his marriage.

Indeed, this is one of the drivers of the identitarian era’s cultural privileging of gayness: the elite’s growing scepticism and even fear of traditional heterosexual relationships and institutions. The sanctification of gay lifestyles has risen in direct proportion to the demonisation of male heterosexual behaviour, the discomfort with old ideas of life-long commitment, and the general suspicion of what goes on ‘behind closed doors’ in the homes of traditional nuclear families. The privileging of gayness as more sensitive and wiser than straightness speaks to society’s increasing alienation from the family and the community, and from the heterosexual relationships which play a very important role in both. The celebration of Schofield’s self-discovery and the lack of discomfort over what has become of his marriage, and what is being felt by his wife, speaks to this curious shift in the identitarian era.

Gay people once suffered terrible oppression. There were laws preventing them from having sex. They were discriminated against in the workplace. They were harassed and attacked. Their ideas and literature were censored. Thankfully, such discrimination is a thing of the past, and public harassment is a shrinking phenomenon. The liberation of homosexuals, in the West at least, is one of the great gains of the mid- to late 20th century. Yet while it is absolutely right for society to remove every legal and institutional barrier to the full inclusion of gay people in society, it is not right for society to sacralise homosexuality, certainly not at the expense of other lifestyles or orientations. Society should not prevent any individual from engaging in public life, whatever their race, religion or sexual orientation. But nor should it celebrate certain identities over others.

This is what the Cult of Phillip Schofield fundamentally points to: that we now live in a society which, through its culture and its ideology, has created a hierarchy of identities, an aristocracy of lifestyles. The problem with this elevation of ‘good’ identities is that it necessarily creates ‘bad’ identities. In this case, straight, ‘cis’, traditional and religious identities – all bad, all worthy of denigration, all worthy, ironically, of the kind of demeaning treatment that was once outrageously meted out to gay people. A society that divides according to identity, and which communicates the decency of certain identities and the dangerousness of others, is a society that will be tense, divided and self-destructive. I hope Phillip Schofield finds happiness. But has he become a better, braver, more wonderful person by revealing he is gay? Nope. And it is reactionary, ridiculous and dumb to claim otherwise.