The plane snobbery of environmentalists

A plan to disrupt flights at Heathrow Airport is part of an effort to make us ashamed of air travel. 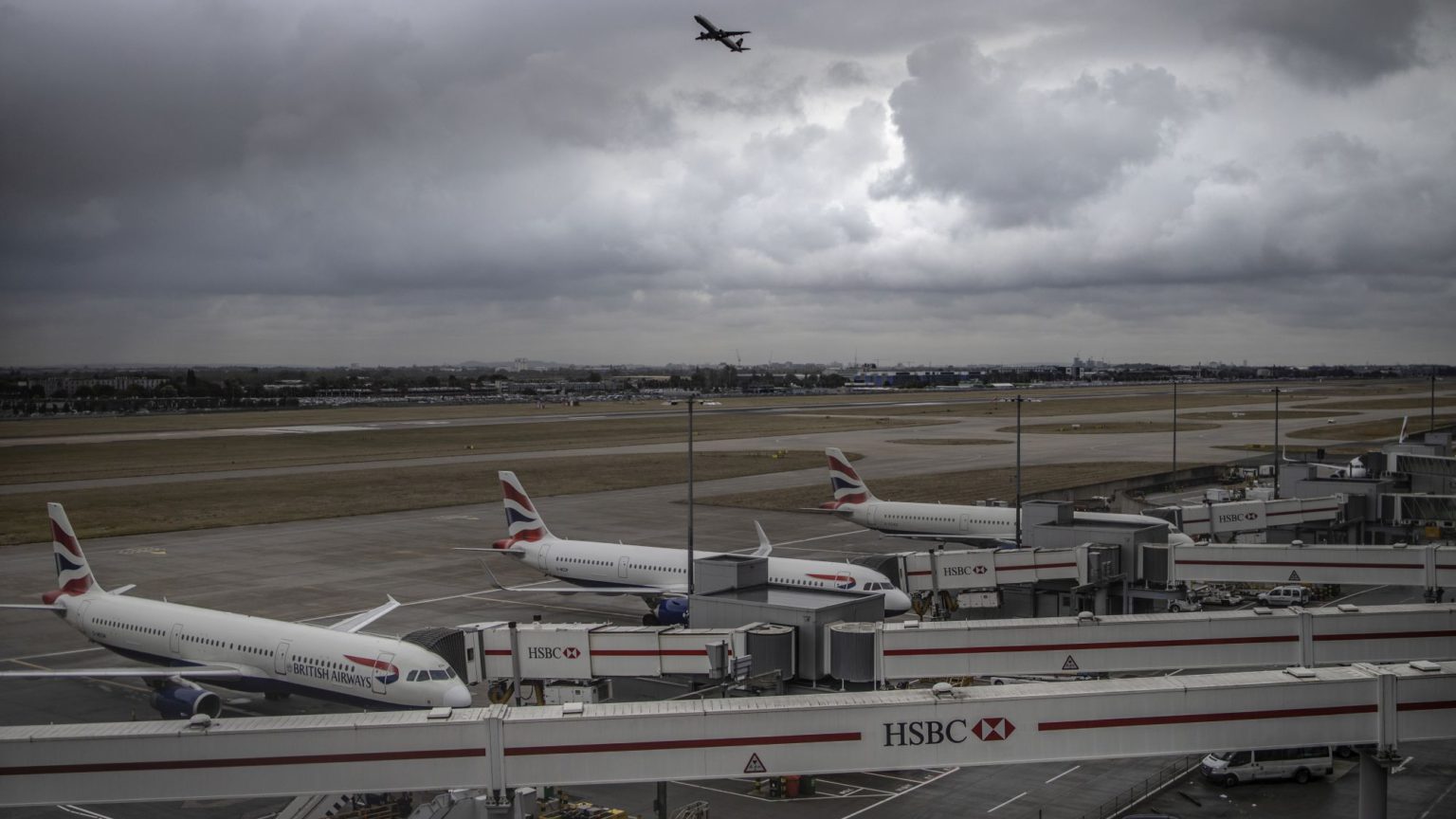 Anti-flying activists are back. This Friday a group called Heathrow Pause plans to fly toy drones ‘at a maximum height of six feet, outside flight paths’ close to Heathrow Airport, forcing air traffic control to ground all flights. The point, so Heathrow Pause puts it, is not just to put a stop to government plans to expand Heathrow Airport, but also ‘to draw attention to the most serious and urgent crisis humanity has ever faced’.

But, as ever with greens, there seems to be another, deeper campaign being waged. A war against us, against our behaviour.

From the Reverend Thomas Malthus’s late 18th-century screeds against the proliferating poor and the dangers of Enlightenment thinking, to the Green Party’s origins among a disillusioned group of Conservative Party members in the 1970s, environmentalism has always been fuelled by a certain class prejudice. This is not tangential to the environmentalist worldview – it is central to it. That’s because its target has always been the errant behaviour of the ‘race of labourers’, as Malthus had it. Those who, if they’re not procreating far more than they should, are consuming more than they ought.

While on the global stage this takes the form of First World greens wringing their hands over the rapid industrialisation and rising appetites of the ‘races of labourers’ in hitherto underdeveloped nations, domestically it still coalesces around an attack on the material aspirations of the so-called lower classes. And in the UK, in recent years, this attack on people’s consumption habits has focused on one activity in particular: flying. Or, to be more precise, cheap flying. Hence as budget airlines like Ryannair or easyJet emerged during the 1990s, and prices to Malaga or Athens plummeted, so environmentalist campaigners took to the runways.

Plane Stupid, a gang of entitled hoorays and the most prominent of the anti-cheap-flight brigade, sweated snobbery in spite of its best deoderising efforts. Its self-righteous members just couldn’t help themselves. They talked disdainfully of ‘stag and hen nights to Eastern European destinations’, and complained that this new type of passenger had no interest in the ‘architecture or culture’ of Europe’s metropoles. The object of Plane Stupid’s attacks was never simply cheap flights — it was always the cheap, uncultured plebs doing the flying.

To be fair, Heathrow Pause is not as nakedly snobbish as its precursors. It is attacking the frequent business fliers of Heathrow rather than the leisure flyers of Stansted. And rather than mock those heading to Spain for some sun, it speaks in the grandiose language of Extinction Rebellion, invoking the climate emergency, much as would-be dictators call states of emergency in order to suspend civil liberty and justify all and any action necessary – in this case, disrupting the everyday lives of thousands upon thousands of air passengers. What’s more, it tries to paint this unfunny stunt as one in the eye for the rich, pointing out that flying is overwhelmingly concentrated among the wealthiest citizens, with 15 per cent of the UK population accounting for 70 per cent of flights.

That stat could be grounds for seeking to make air travel cheaper still, rather than further restricting it. But Heathrow Pause, like Plane Stupid before it, has no interest in expanding the freedom granted by airflight. Quite the opposite. Beneath the anti-rich posture, that age-old, aristocratic desire to restrict, reduce and ultimately change the material aspirations of the uppity masses persists. That’s why there is no interest in the air industry’s desire to decarbonise air travel. They don’t want a technological solution; they want a behavioural one.

Here we come to the purpose of the protest. Heathrow Pause ostensibly claims it wants to stop the expansion of Heathrow Airport, and force the government to honour parliament’s declaration of a climate emergency, complete with a pledge to reduce the UK’s carbon emissions to zero by 2050. And no doubt Heathrow Pause does want that to happen. But the actual point, indeed the desired impact, of the drone display is not really to exert pressure on Westminster. It’s not even really about Heathrow. Rather, it is about flying in general. It wants to change people’s perception of flying – it wants to stigmatise it, turn it into a source of profound guilt, an object of shame.

Heathrow Pause does not go as far as the Guardian’s George Monbiot did in 1999, when he claimed transatlantic flights should be deemed as ‘unacceptable’ as child abuse. But it still draws on the same desire to demonise, to shame us into changing our ways, just as Malthus sought to paint the behaviour of the mass of 18th-century labourers as licentiously leading us towards our doom. Through its ‘symbolic act’, it wants us to associate all plane flight with planetary harm.

Hence Heathrow Pause activists, pursuing the trail blazed by anti-smoking activists, argue that too many of us consider flying to be a ‘normalised, even hypernormalised’ activity. They want to ‘denormalise’ flying. Which is another way of saying they want to stigmatise flying. They want us to experience and perceive catching a cheap flight to Spain as being as immoral as anti-smoking activists have made lighting up in a car full of kids. If they could, they would no doubt insist on a graphic image of environmental devastation on every plane ticket, alongside the reminder that ‘Flying Kills’.

But failing that, they will content themselves with merely making air travel just that little bit more exclusive again. For that is always the real effect of the green-branded war on consumption habits, from cheap meat to cheap flight: green taxes and price rises. They want air travel to become what it used to be. Something only a small, privileged minority can enjoy – guiltily but necessarily, as they fly to the latest Extinction Rebellion protest.