Jeffrey Epstein and the age of hysteria

The idea that the Clintons bumped off Epstein is a deranged conspiracy theory. 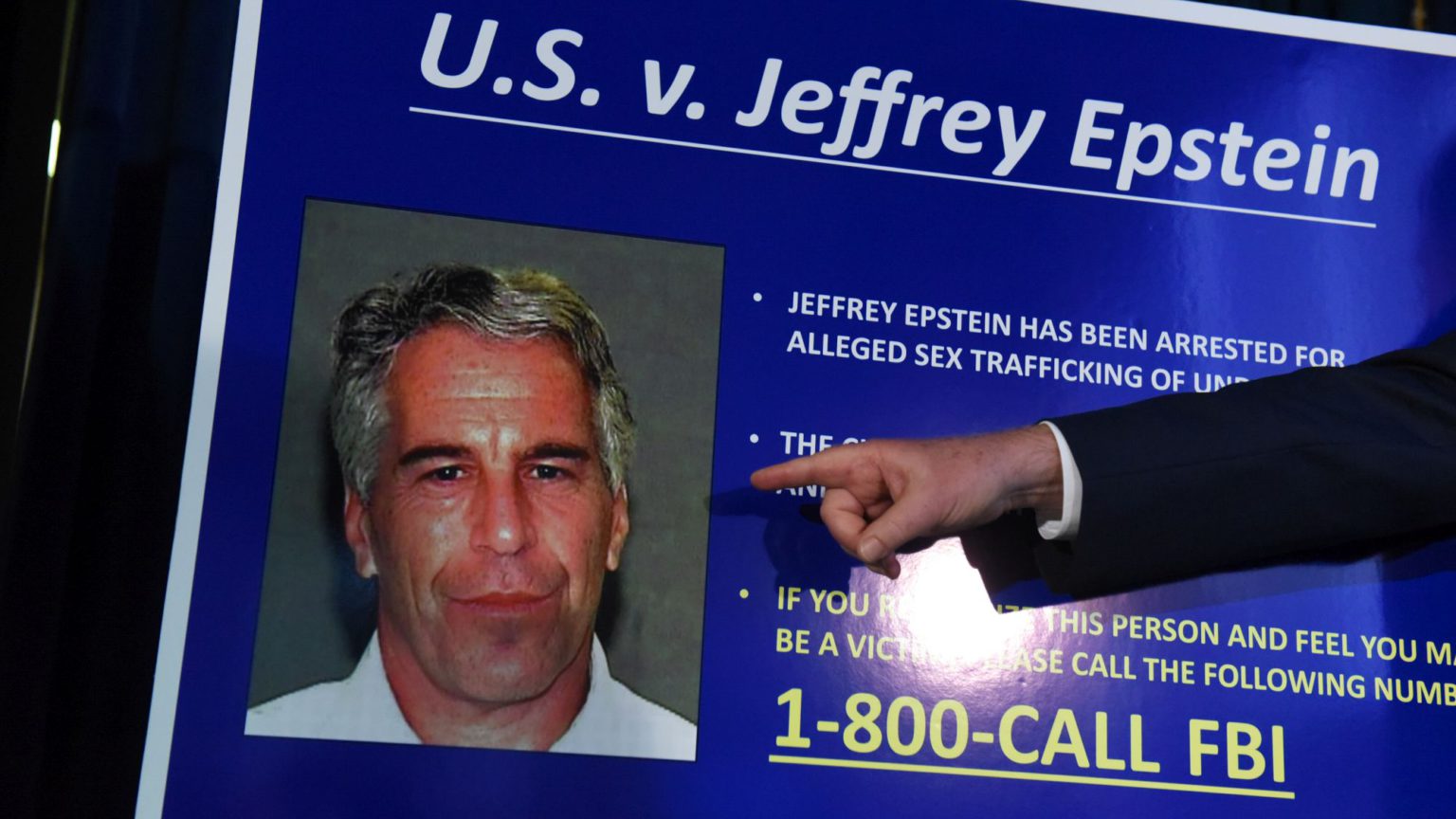 There is not a shred of evidence that Bill and Hillary Clinton had Jeffrey Epstein murdered. Nothing. No confession from a hitman. No secretly recorded phone chats between the Clintons’ people and the Manhattan prison authorities who… did what, exactly? Let a murderer into Epstein’s jail cell? Let Epstein kill himself without intervening? Poisoned his food at Hillary’s behest? And yet the dearth of evidence hasn’t stopped this harebrained conspiracy theory from spreading like a pox across the internet since Epstein’s suicide. You couldn’t have asked for better proof that we have entered an age of hysteria.

Reason has been eclipsed in the 21st century. It has surrendered to paranoia, rumour, comforting fantasies about the faceless people who secretly govern the world behind our backs. Bush did 9/11. The royals killed Diana. Russia is behind Brexit. Zionists puppeteer Western politics. A VIP paedophile network in the UK murdered young boys for fun. And now alleged trafficker and sexual creep Jeffrey Epstein was got at somehow, murdered in his Manhattan jail cell, by shady powerful forces who feared what would be revealed about them when Epstein ended up in the dock. Don’t ask for evidence; just feel the theory, let it wash over you, nod along to yet another fact-free story about the shadowy networks that can knock down buildings, commandeer people’s minds, and bump off princesses and perverts at will.

It is astonishing, and depressing, how many people have bought into the Epstein conspiracy theories. Some think the Clintons did it. Others think Trump was the man who somehow organised the super-secretive murder of a suspect in a high-security prison cell. Or maybe it was Prince Andrew. After all, he was one of Epstein’s associates, an attendee at his allegedly dodgy parties. Having already murdered the much-loved Diana – by somehow making her car crash into a concrete pillar in Paris, makes perfect sense – why wouldn’t the royals also get rid of a lowlife like Epstein? Someone did it. Definitely. There’s no proof, but who needs proof? We have rumours and whispers and memes of Hillary looking really evil, and surely that’s enough.

What is striking about this conspiracy theory is that it has been inflamed by some very influential, supposedly respectable people. President Trump retweeted a comedian saying ‘Yeah right!’ about the suicide of Epstein. ‘Epstein has information on Bill Clinton & now he’s dead’, the comedian retweeted by Trump says. This is classic conspiracy-theory territory. Provide no evidence whatsoever for your batshit belief – instead just draw a link between two different things and say ‘SEE?’. In this case, ‘Epstein knew things about Bill Clinton’ and ‘Epstein is dead’ – SEE? Clinton killed him. It’s obvious. What more proof do you want? In fact, even to ask for proof is to make yourself suspect. Why are you covering for these evil forces, the conspiracy-theory mob will bark at anyone who clings for dear life to the Enlightenment-era conviction that we should ask for evidence before believing mad accusations and stories.

The Epstein conspiracy theory has had an extraordinarily unifying impact. It has brought together both sides of the culture war, right and left, alt-right agitators and so-called socialists, all pushing proof-less claims of one kind or another. So Democrat Alexandria Ocasio-Cortez followed Trump’s lead by tweeting the suggestive, ‘We need answers. Lots of them.’ Cue a vast Twitter thread in which everyone offers up their fantasies about who murdered Epstein. In the UK, Labour MP David Lammy, self-styled warrior against Trumpism, said of Epstein’s suicide: ‘How convenient for the rich and powerful…’ This is so often how conspiracy theories are spread: not with an outright declaration – like, ‘Trump murdered Epstein’ – but rather with a nod and a wink, a sly invitation to others to ‘fill in the gaps’, to spout their own invented tales of What Really Happened.

Respectable journalists have also thrown petrol on the fire of conspiracism. ‘People close to Epstein fear he was murdered’, says Carol Leonnig of the Washington Post. To which the only reasonable response is: so what? If the Washington Post had said, ‘People close to Epstein have evidence he was murdered and we are going to reveal it’, that would be a story worth reporting. But the ‘fear he was murdered’ line is pure conspiracism and it is a stunning abdication of journalistic responsibility for the Washington Post to push such 4Chan-style crap. That Donald Trump, David Lammy, the WashPost and others have stirred the pot of hysteria, cranked up the rumour mill, is testament to the crisis of reason within the establishment itself.

Indeed, those who believe that conspiracy theories are the handiwork of ill-educated people and weird inhabitants of the recesses of the internet need to have a rethink. From Carole Cadwalladr’s increasingly unhinged reporting about the ‘shadowy global operation’ that made Brexit happen to Owen Jones’ claims about a ‘shadowy and labyrinth system that dominates our lives’, from Tom Watson’s promotion of the deranged ‘VIP paedophile’ panic to the current political-class whispering about the murder of Epstein, today conspiracy theories often come from above. Or from the middle classes. They come from the Twitterati. And they come from both left and right. The left thinks Zionists or Russians control everything, while the right thinks the Clintons or the foreign-born, secret Muslim Barack Obama are responsible for everything from random suicides to the rise of Islamist extremism. What both sides share in common is a preference for simplistic, conspiratorial explanations for complex or just random events over genuine analysis of where society is at right now.

Conspiracy theories are really bad for society. They corrupt public debate. They promote, ultimately, a sense of powerlessness, reducing ordinary people to the level of spectators, watching as unaccountable, unreachable and fundamentally unknowable forces stitch up political life, control people’s brains, and do whatever the hell they like. Conspiracy theories are not only anti-reason – they’re anti-democratic, too, in that they thrive on a seemingly thrilling, but ultimately pacifying, sense of outrage against the wicked people who supposedly run everything behind the scenes, in the dark. The cult of conspiracy theories turns us from citizens into victims, from agents of change into head-shaking observers of secret crimes and corruption. They are one of the most depraved, disturbing phenomena of the 21st-century. They provide the illusion of ‘knowing the truth’ about the world, while in reality shrouding everything in obfuscation, normalising hearsay and lies, and inviting us all to accept that there’s nothing we can really do about the world or even about our own lives.