El Paso was a vile act of eco-terrorism

The killer’s manifesto was riddled with environmentalist anti-humanism. 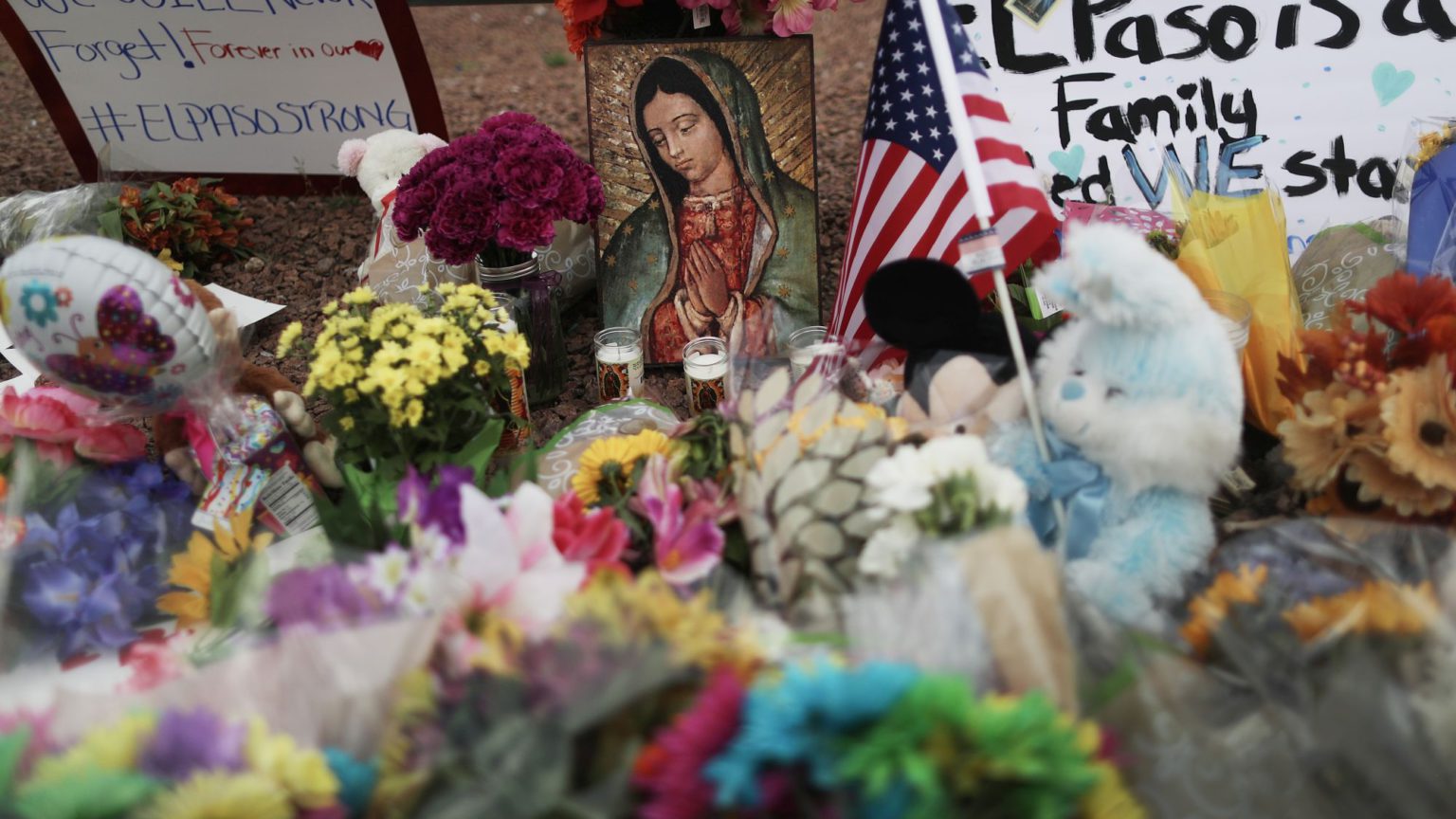 Is Extinction Rebellion to blame for the El Paso massacre? Maybe Greta Thunberg is? Or any one of the commentators who spends their every waking hour bemoaning mankind’s ‘carbon footprint’ and insisting we need to rein in people’s rapacious consumerist behaviour.

After all, these misanthropic ideas, this green miserabilism, this anti-modern guff about humanity being a plague on poor Mother Earth, is a central feature of the El Paso killer’s manifesto. And if Trump can be held responsible for the shootings on the basis that the manifesto echoes his Mexican-bashing, why shouldn’t greens, who pollute public debate with the kind of anti-humanist ideology that clearly moved and enraged the El Paso murderer, shoulder some responsibility, too?

Of course, to those of us who believe in free will and holding individuals morally responsible for what they choose to do, only one person is to blame for the barbaric attack in a Walmart in El Paso – the man who did it. But it is striking that the people cynically rushing to blame this mass murder on Trump and his anti-immigrant rhetoric have next to nothing to say about the killer’s green thinking. This attack is being branded ‘white-nationalist terror’ – why isn’t it being called environmentalist terror? It was motored in part by a loathing for humanity based on the tragically mainstream, pseudo-leftish idea that we are a planet-polluting force.

In his alleged manifesto, the killer, alongside his racist rants about Hispanic people and the ‘replacement’ of whites, attacks modern society for being eco-unfriendly. Westerners’ lifestyles are ‘destroying the environment’ and ‘creating a massive burden for future generations’, he says. He seems obsessed with the core element of green thinking – the idea that mankind is overusing limited natural resources. We are ‘shamelessly overharvesting resources’, apparently.

As with green ideology in general, there is a strong streak of anti-humanism in his eco-obsessions. He attacks ‘urban sprawl’ – also known as human habitation – and the way it ‘destroys millions of acres of land’. As for ‘consumer culture’ with its production of ‘thousands of tonnes of unnecessary plastic waste and electronic waste’ – he slams that as another part of humankind’s ‘decimation of our environment’. The solution? Surprise, surprise: population control. Echoing the numerous eco-Malthusians who have spent decades calling for a restrictions on human natality in order to save the planet, he says we need to ‘decrease the number of people in America using resources’.

His targeting of a Walmart makes more sense in the context of his eco-Malthusianism. Alongside clearly setting out to kill Latinos, whom he claims are ‘invading’ the US, perhaps he also wanted to attack supermarket-users, Walmart automatons, slaves to cheap consumer products – the kind of people who are so often criticised by elitist greens for their immoral shopping and eating habits.

And if his ideas sound familiar, that’s because the same kind of thing was published in the manifesto of the anti-Muslim bigot who attacked two mosques in Christchurch last year. That mass murderer also raged against ‘a society based on ever-increasing industrialisation, urbanisation, industrial output and population increase’. He criticised people’s ‘ignorance of environmental health’ and called for the creation of ‘an environmentally conscious and moral society’. The Christchurch killer explicitly said he is not a Nazi but an ‘eco-fascist’.

These vile anti-human manifestos, and the racist murders that sprung from them, are a chilling reminder that eco-extremism has historically been closely associated with far-right causes. And yet somehow in recent years, this backward, anti-modern obsession with cleansing nature of foul mankind’s uncaring, destructive behaviour has morphed into a supposedly progressive, leftish outlook. And it is now utterly mainstream, being promoted by virtually every public and political institution. That it is an outlook – an ideology, in fact – that can grab the attention of extremist misanthropes like the El Paso and Christchurch killers should surely give green ideologues pause for thought.

No green-leaning writer or activist bears even the remotest responsibility for the horrific acts of eco-fascism in Christchurch and El Paso. However, what is clear is that, in their search for ideological justifications for their loathing of their fellow human beings, both of these killers landed very firmly upon the environmentalist ideology. They clearly spied in it a moral-sounding, pretend-scientific justification for their belief that human beings are scum, a plague, who deserve to be punished. When your belief system so readily lends itself to violent misanthropy, it is time, surely, to rethink that belief system. The fashionable misanthropy of green thinking is in dire need of public questioning and public challenge.