The armed wing of identity politics

The racist massacre in El Paso was violent identitarianism. 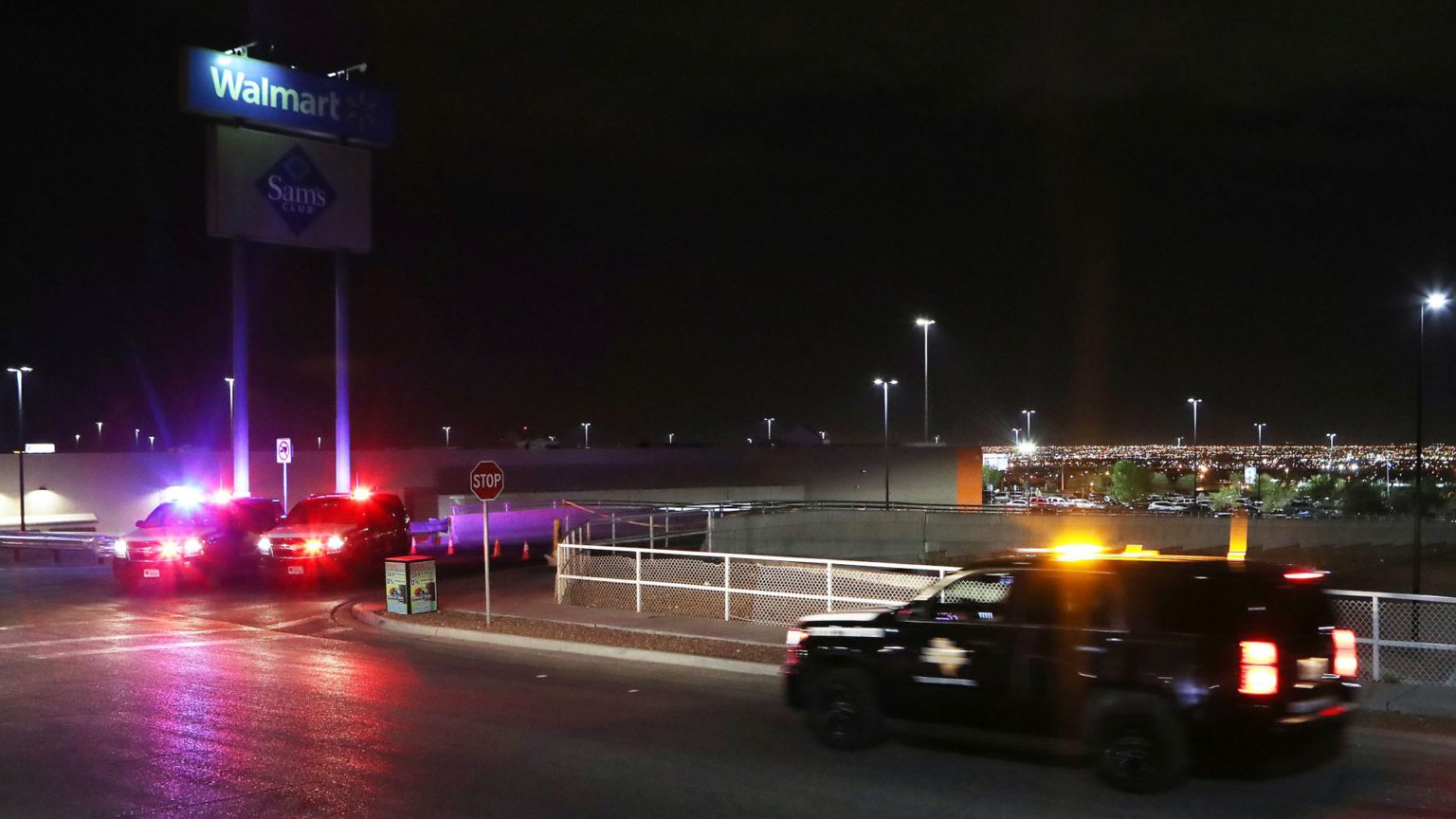 Following the racist massacre at a Walmart in El Paso on Saturday, in which 20 people were killed, politicians and commentators have once again wrapped themselves in the comfort blanket of Trump-bashing. It’s Trump’s fault, they say, with ridiculous simplicity. Apparently it was Trump’s heated rhetoric and warped tweets, especially in relation to Mexicans, that drove this white-nationalist maniac to take such deadly action against Hispanic people.

The El Paso shooting – like the Christchurch mosque massacre and the Pittsburgh synagogue massacre – looks like violent identitarianism. We seem to be witnessing something horrific: the militarisation of identity politics.

The killer’s alleged manifesto is riddled with identitarian paranoia. He sees himself and his cultural heritage as being under siege, especially from Hispanics. The arrival of a new race is a threat to ‘our way of life’, he says. He explicitly talks about his sense of ‘identity problems’. He says he is against ‘race mixing’ as it destroys ‘genetic diversity’. His overarching sense is that the US is being ‘destroyed from the inside out’. Tellingly, he writes of having no future: ‘My whole life I have been preparing for a future that currently doesn’t exist.’

These disturbing images of one’s identity being under threat from other identities – ‘identity problems’, as he calls them – echo the ramblings of the anti-Muslim bigot who carried out the mosque massacres in Christchurch. He, too, saw himself entirely as a cultural entity, and one under siege from other cultural entities. Indeed, the Christchurch killer argued that ‘diverse peoples must remain diverse’, meaning identity groups should be ‘separate, unique, undiluted, unrestrained in… cultural or ethnic expression’. The El Paso killer’s alleged manifesto repeats this cry for cultural entrenchment: it calls for the creation of a ‘confederacy of territories’ in which each identity group would have its own territory in which to thrive.

Observers can insist as much as they like that these sentiments are alien, twisted, the products of febrile, fascistic minds. But in truth such views, such concerns with ‘identity problems’, even such toying with the idea of maintaining cultural separatism and purity, speak to the utterly mainstream outlook of identity politics.

They come across like violent, militarised expressions of the mainstream taboo against ‘cultural appropriation’, which likewise maintains that cultures should not mix. They echo the sense of siege that is a central feature of every identitarian group, whether it’s black or Muslim identitarians convinced they are under threat by ‘white men’, as Ilhan Omar recently put it, or trans activists who are in the grip of the paranoid belief that society is awash with transphobic hatred.

And of course the violent paranoia of the El Paso and Christchurch killers mirror the Islamist identitarian paranoia that has led to the slaughter of hundreds of people in Europe over the past five years. Those acts more neatly fall into the category of terrorism than do the El Paso or Christchurch massacres – no, not because the perpetrators had brown skin, but because they were clearly part of a politically, religiously motivated form of mass violence. But there are nonetheless identitarian commonalities between Islamist terror and white-nationalist murder.

From the slaughter at Charlie Hebdo to the Bastille Day massacre in Nice to the Manchester Arena bombing that was carried out by a young Muslim who reportedly thought British society was riddled with ‘Islamophobia’, these acts of identitarian savagery were likewise fuelled in part by an extreme sense of cultural siege, of identitarian fragility. Albeit a sense of siege inflamed far more by mainstream commentators and community groups who talk ceaselessly about the alleged victimisation of Muslims by racist, ill-educated white Europeans than by right-wing figures like Trump.

The attempt to blame Trump and his allegedly un-American, non-presidential rants about certain groups of people for what happened in El Paso, and at the Pittsburgh synagogue last year, distracts from this far larger picture of cultural division and identitarian panic. Indeed, to the extent that Trump may have contributed to today’s climate, it was not by injecting some foreign kind of ‘fascism’ into the otherwise healthy body politic of modern America; rather, it was by also buying into the mainstream politics of identity, though he prefers to tap into a sense of white victimhood rather than black victimhood, Muslim victimhood, gay victimhood, etc.

These recent killings, this evolution of gun violence from random attacks to identitarian-fuelled vengeance, offers us a disturbing glimpse into the cultural fragmentation unleashed by the relentless rise of a politics based on identity above all else. What they point to is the dangers inherent in the persistent politicisation of personal identity. Indeed, this new politics, this elevation of one’s own identity to the be-all and end-all of political life, is arguably the most disturbing trend of our time. And it is now, somewhat predictably, giving rise to actual mass violence.

So where violent white identitarians spread the conspiracy theory about the white race being ‘replaced’ by non-white people, trans activists talk about being ‘erased’, and Muslim identitarians and their sympathisers claim Muslims face the beginnings of a ‘genocide’ in the West, and black observers claim that anyone who doesn’t accept the new identitarianism and instead insists on being ‘race-less’ is ‘erasing black people and their contributions’. As a writer for the Guardian recently argued, ‘white liberals of a certain age [are] using their political and social platforms to erase black people’. This is the same sense of cultural fear and dread that leads white identitarians to talk about the ‘cultural replacement’ of whites.

Replacement, erasure, genocide, phobia, hate speech, hate crime, microaggressions… identity politics, through making the personal political, has created a world of paranoia. A world in which anyone who questions any aspect of our politics, and therefore our own lives, must be shut down, whether by being censored, hounded out of polite society, jailed, or, yes, killed. The violence in El Paso and elsewhere is sickening and hateful. It also feels disturbingly mainstream, and horrifically predictable.