A few days of nice weather does not indicate a ‘climate emergency’. 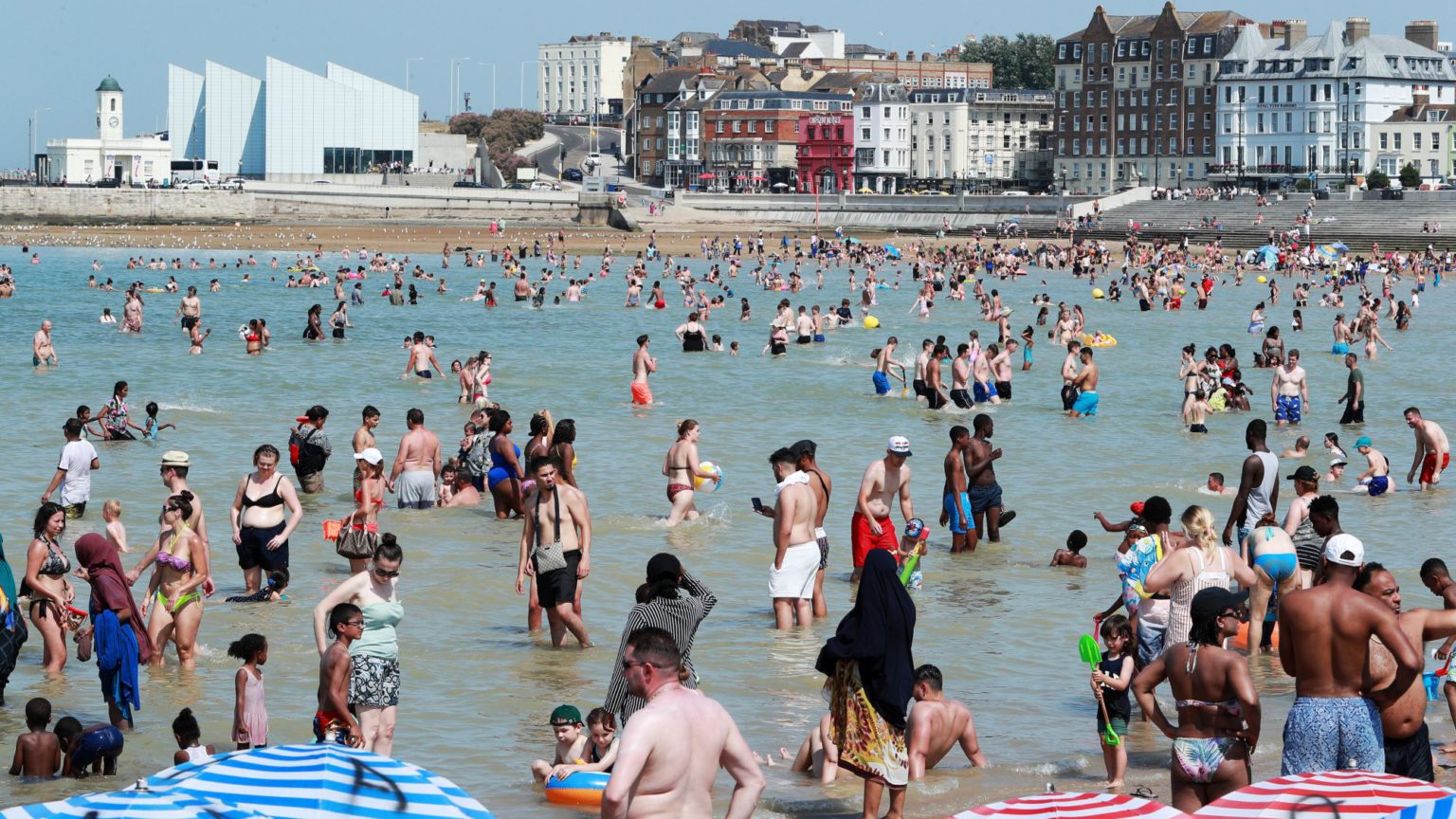 A few discomforts aside, most Brits will have enjoyed the heatwave. Much of the media commentary, however, seemed to view these precious few days of good weather as a portent of doom.

Last week’s sweat-fest featured the highest July temperatures in the UK since reliable records began in 1914. Temperatures in Cambridge hit 38.1 degrees Celsius – only the second recorded instance of the UK experiencing a temperature over 100 degrees Fahrenheit. One provisional reading on Thursday at Cambridge’s botanical gardens may have beaten the all-time UK temperature record of 38.5 degree Celsius (set in 2003 near Faversham, Kent). Records fell elsewhere in the UK, too. On the same day, for example, Edinburgh had its highest recorded temperature, 31.6 degrees Celsius, breaking the record set in 1975.

So, of course, the first question for the media was: ‘Is climate change to blame?’ But as is often stated, weather is not the same as climate. No individual weather event can be put down to rising temperatures due to greenhouse gas emissions. The UK still has a temperate climate and doesn’t get very hot very often. It doesn’t take much for a spell of weather to be called a ‘heatwave’. In London, for example, a heatwave is defined as three consecutive days above a mere 28 degrees Celsius, which many other parts of the world would regard as normal or even cool. Last week’s peak temperatures were newsworthy in Britain precisely because they were unusual.

A report published in December 2018 by the Met Office suggested that 2018’s record-breaking UK summer temperatures were about 30 times more likely than they would be ‘naturally’. But even the Met Office is careful to say that this conclusion is ‘provisional’. It is produced by comparing ‘computer models based on today’s climate with those of the natural climate we would have had without human-induced emissions’. Figuring out what a ‘natural’ climate would be like is educated guesswork at best. Computer models can never offer definitive guides to what might happen to the climate – or to anything else. Such claims may prove to be correct, but they need to be viewed with scepticism.

A more useful piece of perspective was provided by a paper published earlier this month in the journal PLOS One. It compares the temperatures in pairs of cities today with how temperatures might be in 2050 using the estimates produced by the UN climate research body, the IPCC. The authors’ conclusion is that, as a general trend, cities from the northern hemisphere will shift to warmer conditions typical of cities about 600 miles further south: ‘We notably predict that Madrid’s climate in 2050 will resemble Marrakech’s climate today, Stockholm will resemble Budapest, London to Barcelona, Moscow to Sofia, Seattle to San Francisco, Tokyo to Changsha.’

Given that most Brits spend all year saving up to have a week or two in the sun on the beaches in places like Barcelona, and some will be hoping to spend their retirement in even hotter parts of the Med, this is hardly the end of the world. In fact, it sounds great. It is a change that we will have to adapt to, of course, but it is surely something that we can cope with.

Not that coping is something that doom-mongering, climate-obsessed commentators, campaigners and politicians seem capable of. One tweet that struck me was from the former Labour MP, now director of the V&A Museum, Tristram Hunt: ‘As London wakes up from its terrifying “taste of the future” climate emergency, the V&A announces our most recent Rapid Response acquisitions: a series of objects exploring the design identity of the climate…’ As someone who made his name as a historian, it’s odd that Hunt has so little sense of historical perspective on what most people find ‘terrifying’. Seeing Genghis Khan’s horsemen or Nazi Panzers coming over the horizon would be genuinely terrifying. Temperatures that force people to go work in a pair of shorts are only alarming for those not accustomed to the sight of British men’s knees.

Let’s put this ‘terrifying’ taste of the future into perspective. Some people had a few uncomfortable nights’ sleep. There was some transport disruption because the UK’s infrastructure isn’t designed for hot weather. (Or, for that matter, cold weather, wet weather or any other entirely predictable kind of weather.) There was probably a run on electric fans in the shops and a few people might even have considered blowing a few quid on air conditioning (before sensibly deciding not to bother when temperatures dropped back to normal). For some people, unusually hot weather can be a bigger problem. Some older people will have needed extra support and a few will have needed hospital care.

While some might find this ‘terrifying’, anyone working in a reasonably cool building will have carried on as normal, just with one eye on the clock to make sure they could get a perch in the local beer garden before everyone else arrived. Drinking cold lager on a hot, sunny day – the horror! Kids, on their school holidays now, will no doubt have loved it as well.

Around the world, there have been very hot spells in places like Australia, with temperatures that make London’s recent blast of heat seem laughable. But modern, developed countries can adapt and cope perfectly well with the hot weather. Heatwaves, if planned for, are an inconvenience, not a disaster.

The real problem is not the temperature, but the reaction. That short spell of hot weather has been leveraged to crank up the panic about the world’s ‘climate emergency’. But the proposals from climate campaigners like Extinction Rebellion (XR) and by public bodies like the Committee on Climate Change, if implemented, would be far more disastrous than anything the climate is likely to throw at us.

In truth, there is no rational plan for getting to ‘net-zero carbon’ by 2050, let alone 2025, as XR is demanding, just enormous expense to make life worse for everyone in order to postpone rising temperatures for a few short years at most. These proposals include restricting car use to anything but expensive, short-range, slow-charge electric cars in just a few years. This would make life much, much harder in any part of the UK without a reliable and comprehensive public-transport system backed up by plentiful taxis. There are also plans for hugely expensive retrofitting of houses to improve insulation, no doubt making hot spells even more uncomfortable. Achieving ‘net zero’ also means restrictions on flying, gas-powered boilers and much more. We seem to be experiencing a bout of collective, climate-policy heatstroke.

Instead of this mindless climate panic, we should enjoy our brief flirtations with Med-style weather. The only thing we need to do is make sensible, cost-effective contingency plans for a changing climate and learn to adapt to a warmer world.