The SNP wants independence from the electorate 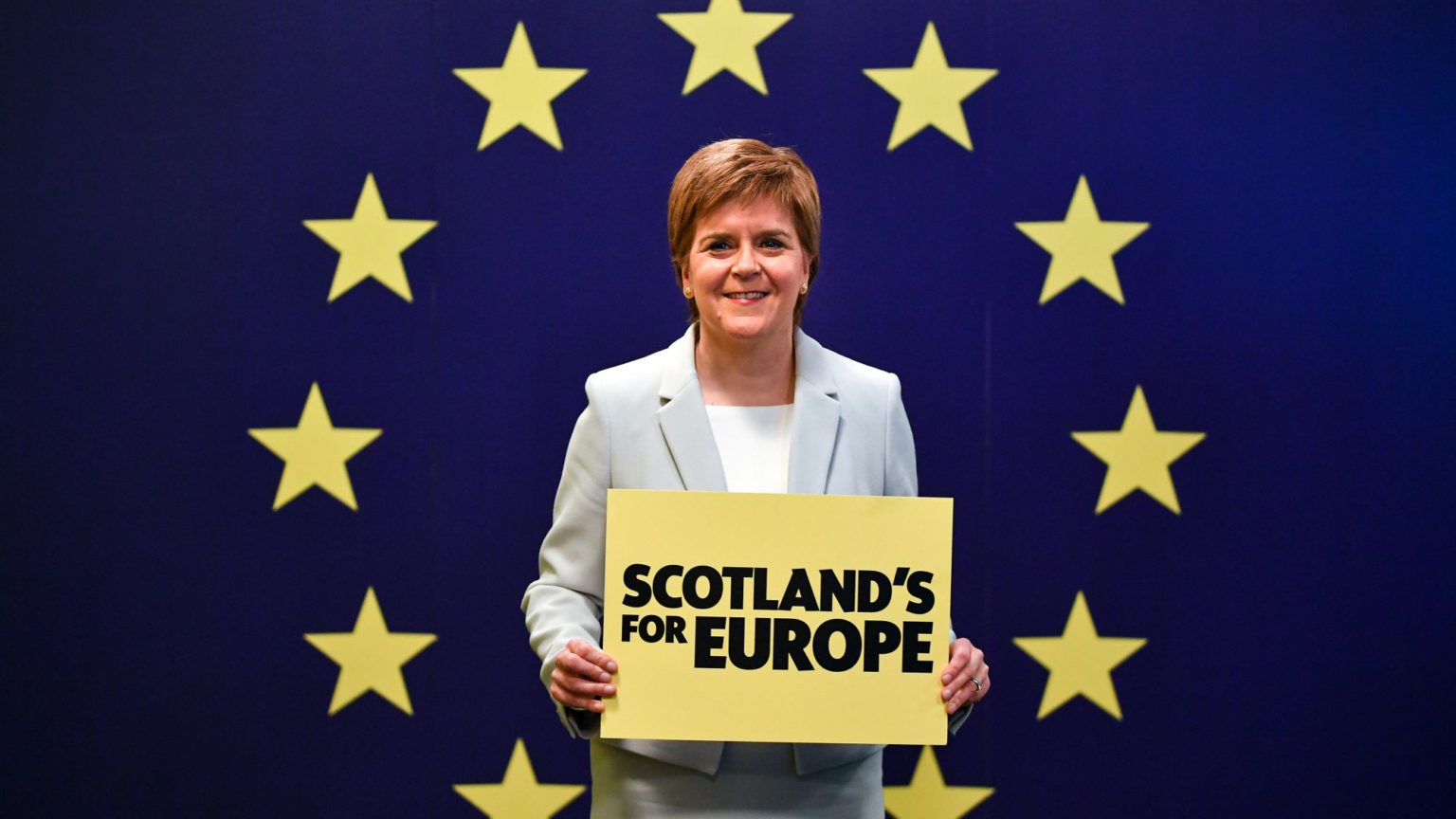 Scotland’s first minister and Scottish National Party (SNP) leader, Nicola Sturgeon, has once again called for a second referendum on Scottish independence. In a speech in Holyrood last week, she said that if Britain leaves the European Union, she wants another vote on Scotland’s future by 2021. Her argument is that, as a majority of Scots voted to Remain in the EU, Scotland’s circumstances have changed, and voters must have another opportunity to decide whether or not they want independence from the union with England and Wales.

Fifty-five per cent of Scottish voters rejected independence in the 2014 referendum, but Sturgeon and the SNP still haven’t accepted the outcome. Clearly, it wasn’t a ‘once in a lifetime’ vote on the Scottish question, as it was framed at the time. The SNP views the 2014 result as a temporary setback on the long march towards independence. No real attempt has been made to change Unionists’ minds, and it is starting to show. Since the SNP swept the board in the 2015 General Election, voters have taken every chance they have been given to rein in the SNP’s dominance over Scottish politics.

While it is still the largest party in the Scottish parliament, it lost its overall majority in 2016. In the 2017 UK General Election, the SNP lost 21 of its Westminster seats, due to the resurgence of the Scottish Conservatives. Meanwhile, the majority of Scottish voters do not want a second independence referendum. A recent Survation poll found that just 21 per cent are in favour of another vote.

Clearly, Sturgeon is another politician who doesn’t respect democratic mandates. As with the elite Remainers behind the misnamed People’s Vote campaign, the SNP does not believe constitutional issues are settled by the people. And the comparison between the SNP and Continuity Remain cuts deeper than them both being sore losers and anti-democrats. Scottish independence is the twin sister of Remainer Europhilia. Both are built on a dislike of the British nation state. And, similar to elite Remainers, Scottish nationalists represent a middle-class ‘Third Way’ kind of politics, which is set against Old Labour and the traditional Conservatives. The SNP has been a consistent advocate for technocratic politics for the past decade or more.

Indeed, the SNP’s dominance in Scotland was partly down to New Labour in the first place – and I don’t just mean New Labour’s introduction of devolved assemblies in 1999. New Labour’s self-flagellation over Britain’s imperial history enabled the SNP to present Scotland as being oppressed by ‘English rule’. But, in truth, the Braveheart posturing only whitewashed Scotland’s major role in the development of the British Empire. Consequently, the notion of Scottish exceptionalism — that it is a progressive, social-democratic haven atop backward England — gained traction among younger Scots. Self-flattering comparisons with ‘the English’ have provided a powerful sense of political identity north of the border.

But Sturgeon is not a liberal nationalist in any meaningful sense. Many SNP members baulk at the idea of gaining independence only to be submerged as a tiny ‘member state’ within the EU, which is what the SNP leadership wants. Sturgeon is as dismissive of national sovereignty as any hardcore Remainer. What’s more, the SNP’s illiberal policies – from the sinister Named Person scheme to its crackdown on drinking and offensive football chants – show that it doesn’t trust Scottish people to make autonomous decisions. The public opposition to these policies is generally ignored. Given the SNP’s fear and loathing of the Scottish people, it is difficult to see how it could actually trust them with self-rule.

This is what lies behind Sturgeon’s announcement this week. Scottish independence today is not about gaining independence, about becoming a self-governing nation. Rather, it is about finding another way to remain in the EU. EU membership is more of a priority for Sturgeon than the goal of Scottish self-rule. This is because EU membership strengthens the kind of suffocating, unaccountable, rule-based diktat that the SNP specialises in. Nicola Sturgeon doesn’t want independence from London – she wants independence from Scottish voters.