If you believe in democracy, then vote for the Brexit Party

The vote for Brexit was a brilliant ballot-box revolt – it must be defended tooth and nail. 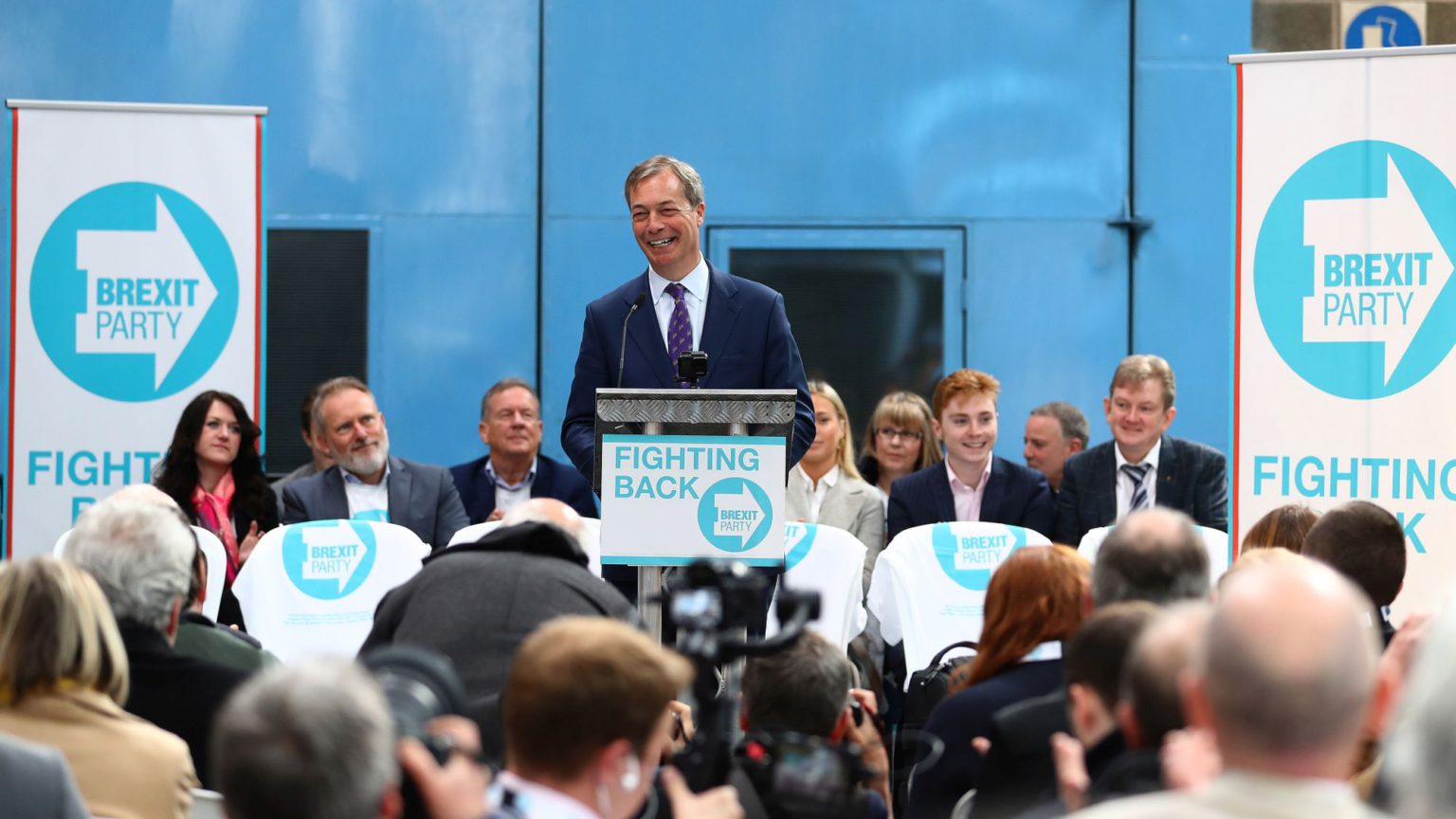 If you believe in democracy, then there’s only one thing you can do at the forthcoming EU elections: vote for the Brexit Party. This is the only serious party that is devoted to upholding the 2016 vote to leave the EU. It is the only serious party that respects what 17.4million of us – the largest bloc of voters in UK history – said in June 2016. It is the party that promises to do what the establishment parties flat-out refuse to do: implement the British people’s mass, democratic, positive and inspiring decision to end our nation’s membership of the European Union. For this reason, spiked is endorsing the Brexit Party, and we sincerely hope you will too.

It is, of course, an outrage that we are having to take part in the European Parliament elections in May. There is still a small possibility the elections won’t go ahead, but the default position, and the very likely position, is that they will. So, three years after we voted in our millions to leave the EU, still we’re expected to behave like citizens of the EU. That’s because they really do think they own us. The Brussels oligarchy really does believe that our democratic vote against it – against its institutions, its undemocratic laws, and its secretive, sinister commissions – was meaningless. But this is all the more reason to get stuck in to the EU elections in May and to send a very clear message to the EU and the UK establishments: ‘We were deadly serious about leaving.’

Our attitude should be: let’s tell them again. Let’s shout ‘Leave!’ from the rooftops. Let’s add an exclamation mark to our vote to leave. Let’s confront them once more with their worst nightmare: the fact that millions of Britons are politically opposed to the European Union and still want to leave it. Let’s ensure that these EU elections follow in the footsteps of the 2014 EU elections, when UKIP – then led by Nigel Farage, who now leads the Brexit Party – won the popular vote: 4,376,635 votes to Labour’s 4,020,646. And in the footsteps of the 2015 General Election, when the Tories won a majority on a promise of holding an EU referendum. And of the 2016 referendum itself, of course, when 17.4million of us backed Brexit. And of the 2017 General Election, when 80 per cent of us voted for the two parties – Tories and Labour – that promised to respect the referendum result. (We now know they were lying.) For years now, in election after election, millions of voters have made their opposition to the EU clear again and again and again. Now let’s do it again. Let’s keep doing it until they realise we will not stop until they give us what we want: freedom from the dead, undemocratic hand of the EU bureaucracy.

Let’s put it plainly: Brexit is the most important political cause in Britain for a generation. For longer than that, in fact. It is the defining issue of our times, the pivotal issue, the issue upon which democracy itself now rests. The fate of Brexit is the fate of the founding principle of democracy – the idea that ordinary people have the wisdom and must also have the right to help decide the political make-up and political future of the nation they live in. Generations of people – from the Levellers to the Peterloo marchers to the Chartists to the Suffragettes – fought and died for the institutionalisation of this principle. And now it is under threat. If Brexit doesn’t happen, on the basis that voters are too stupid and gullible to be entrusted with such big constitutional decisions, then the struggle for democracy will have been for nought. The fight for Brexit is now a fight for the very ideal of democracy, for the belief that working men and women are just as capable – more so, in fact – of making important political decisions as lords, bureaucrats and rich people are.

Brexit has thrown into sharp relief the most important and historic political division in this country – that between elites who fear and distrust the democratic process and ordinary people who value democracy incredibly highly because they know it is the only means they have of effecting change. If Brexit falls, democracy falls too. Defending Brexit is the most urgent political task of our times. Anything that can be done to weaken the Remainer elites’ stranglehold on the Brexit process, and to dent their arrogant elitism towards voters, and to make clear to them that we the people expect them to do as we instructed, must be done. A strong result for the Brexit Party in May would seriously disorientate the anti-democratic elites and reopen the space for discussing Britain’s democratic future. Let’s make this happen. Let’s tell them again. Let’s never stop.