Are we really so frightened not just of a terrorist’s weapons, but of his words? 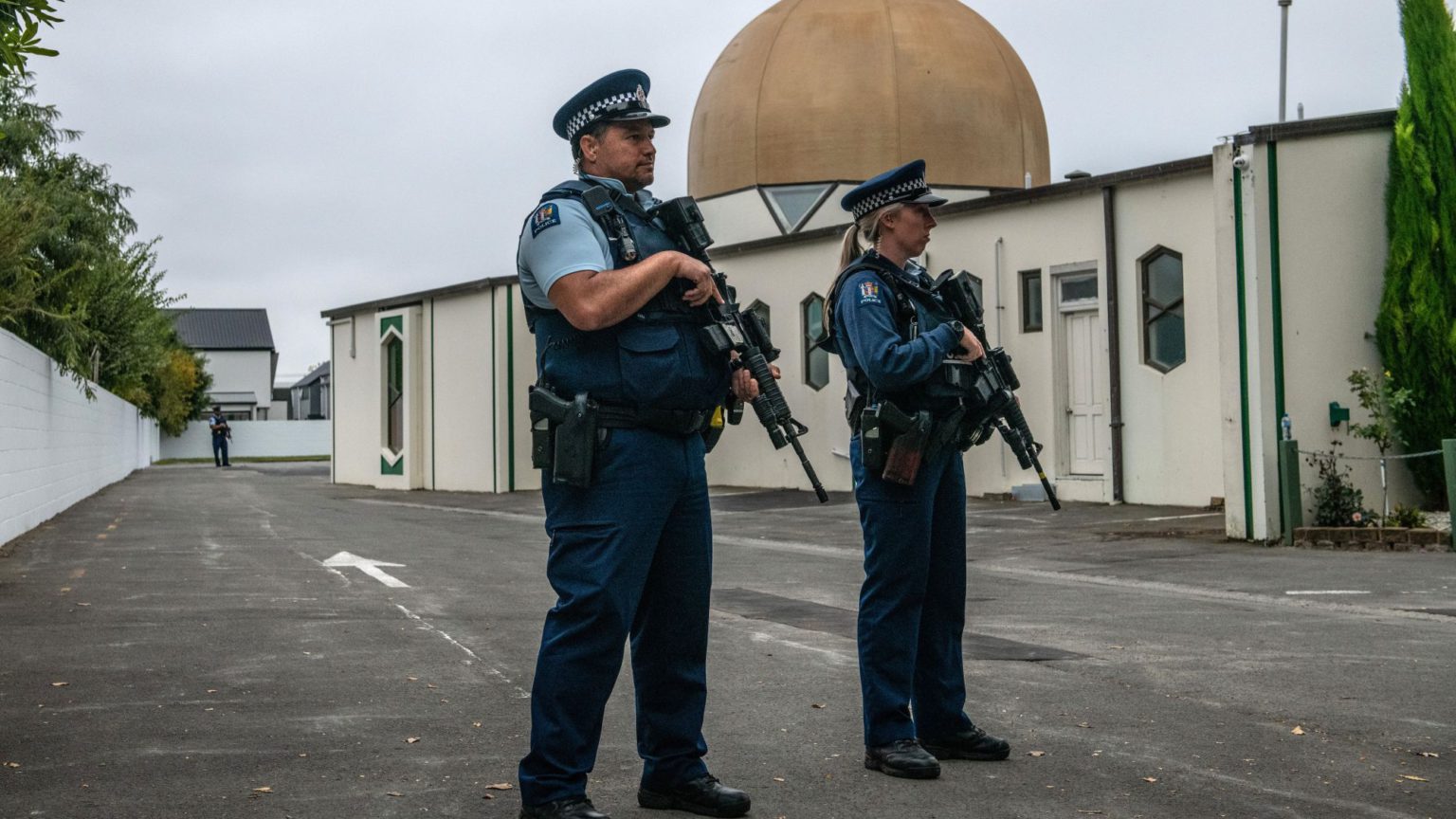 The New Zealand government’s ‘chief censor’ has outlawed the alleged Christchurch mosque murderer’s manifesto as officially ‘objectionable’ under New Zealand law. Possessing a printed copy of the document, or having it on your computer, could earn you a 10-year prison sentence. Sending it to somebody else via the internet could get you up to 14 years in jail.

Understandably, this ban has not attracted as much criticism as other acts of state censorship, since few want to start a campaign demanding free speech for self-confessed ‘eco-fascist’ terrorists accused of mass murder.

But the ban is still a bad thing. In trying to prevent people from reading the alleged gunman’s ‘message’, the authorities have sent out a worrying message of their own. Their message is that we should be frightened, not only of the terrorist’s deadly weapons, but also of his words; that Western society is now so enfeebled and lacking in self-belief that it cannot take on and defeat the rambling rhetoric of a mad gunman.

The underlying message of the ban is also that the authorities do not trust the New Zealand people, and that those people should not trust one another. After all, what does it say about your neighbours if the government believes they could be turned into racist terrorists by a glimpse of a ranting webpage?

New Zealand’s Bill of Rights Act (1990) declares that, ‘Everyone has the right to freedom of expression, including the freedom to seek, receive and impart information and opinions of any kind in any form’. However, as the New York Times’ report of the ban observed, ‘the parameters are more restrictive than the First Amendment guarantees in the US’. In other words, the New Zealand authorities have more scope to override that apparent legal right and restrict free speech. As in this case, they can even impose a pre-emptive ban. And it is up to the state’s ‘chief censor’ to decide what is allowed.

David Shanks, the current incumbent of that century-old post, took the extraordinary step of outlawing the manifesto using the definition of ‘objectionable’ under the Films, Videos and Publications Classification Act (1993). This can cover any publication which the censor decides ‘deals with matters such as sex, horror, crime, cruelty or violence in such a manner that the availability of the publication is likely to be injurious to the public good.’

That ‘objectionable’ law seems a remarkably sweeping power for a modern state apparently committed to ‘freedom of expression’, and gives the official censor plenty of scope to wield the blue pencil.

Banning the alleged mosque shooter’s manifesto and warning New Zealanders to ‘destroy any copies’ and report any sightings, Shanks observed that it ‘promotes, encourages and justifies acts of murder and terrorist violence against identified groups of people’, identifies targets for other attacks and potential ways of carrying them out. This brought him to the crux of his case.

‘There is an important distinction to be made’, said Shanks, ‘between “hate speech”, which may be rejected by many right-thinking people but which is legal to express, and this type of publication, which is deliberately constructed to inspire further murder and terrorism. It crosses the line.’

Any debate about free speech today tends to focus on exactly where ‘the line’ should be, and which types of speech cross it. The fashion across Western societies is to make that line easier to cross and seek to outlaw more and more types of ‘hate speech’ or ‘offensive’ words. Shanks makes the welcome concession that ‘hate speech’, while objectionable, is not illegal. Nor should it be. However, he then shifts the line again in order to justify his ban.

The NZ state’s argument is that the alleged shooter’s manifesto should not be protected by free-speech law because it seeks ‘to inspire further murder and terrorism’. In other words, it is an incitement to racist violence.

‘Incitement’ is arguably the most oft-used and abused method of restricting free speech. We should be clear what we mean by it. There ought to be a line between words that are an expression of an opinion, however hateful, and words that become part of the execution of an illegal action. But that line should be drawn very firmly to define incitement narrowly and broadly to favour freedom of speech. Instead the tendency today is to broaden the definition of incitement to include any ‘inflammatory’ words. The New Zealand ban is a case in point.

The legal gold standard is still set by the US First Amendment, as interpreted by the Supreme Court. For 50 years, the Supreme Court has held that inflammatory speech cannot be punished unless those words were both deliberately intended to incite, and likely to incite, ‘imminent lawless action’. At the very least, any attempt by a civilised society to ban speech should have to prove it passed that legal test.

But does anybody seriously believe that such shrill long-distance spleen-venting by a crazed Australian in New Zealand is likely to incite ‘imminent lawless action’? Context and timing are key. If he was, in his fantasies, trying to lead a racist noose-dangling mob to target Muslim families in Rotherham, or to attack chancellor Merkel on the streets of Berlin, he could rightly be arrested for incitement. Issuing vague advice to ‘KILL’ named individuals in a personal online manifesto, however, seems in no more danger of inciting ‘imminent’ violence than any other nutter’s utterings on Twitter.

We would do well to recall the words of one US Supreme Court justice, that ‘Every idea is an incitement’, encouraging others to act in a certain way. Whether they choose to do so or not is their decision and responsibility.

The important thing here is not to champion an alleged mass murderer’s right to rant (although an eco-fascist really should have the same free-speech rights as anybody else). It is to insist on our right to decide what we read, watch or listen to, and judge for ourselves – without the not-in-front-of-the-children intervention of any censors, official or otherwise. Free speech for the individual is about the freedom of the rest of us to make up our own minds.

It is a sign of how low an opinion our rulers hold of the people today that they should believe others could be turned into racist murderers by reading such a meandering diatribe. Do the NZ authorities think that this document has such magical powers, that even possessing a copy of the evil words must be made a serious crime?

In ‘The Great Replacement’, the alleged shooter announces that the only place to learn the truth today is ‘The internet, of course. You will not find the truth anywhere else.’ Perhaps Western governments should outlaw the entire worldwide web and stop people finding his ‘truth’, just to be on the safe side?

I cannot really recommend that anybody bother seeking out and studying ‘The Great Replacement’ – not because it is dangerous, but because it is dull. By the end you are more likely to have lost the will to live than be inspired to kill. It is almost as boring as Mein Kampf – Adolf Hitler’s endless ‘manifesto’ that was also banned until recently in Germany, because the authorities feared that it could convert ‘normal’ people into Nazis.

The irony is that some who support such a ban are almost echoing the manifesto’s own contempt for the demos – the people. ‘There is no democratic solution’, he rants: ‘VOTING IS MOB RULE AND MOB RULE IS MEDIA RULE AND MEDIA RULE IS CORPORATE RULE.’ We seem to have heard similar sentiments being expressed in more respectable political circles these days.

The other irony is that, in panicking and banning the manifesto, the NZ authorities might almost seem to be endorsing the author’s view of the ‘suicidal nihilism’ of Western society and its ‘dead culture’. If we truly are so frightened of the bragging and bullshit of such a bogeyman that we must abandon our belief in freedom, then civilisation surely has even bigger problems to address than an isolated mass murderer.