Climate alarmists should cool off about the warm weather

There’s a difference between weather and climate, as they never tire of telling us. 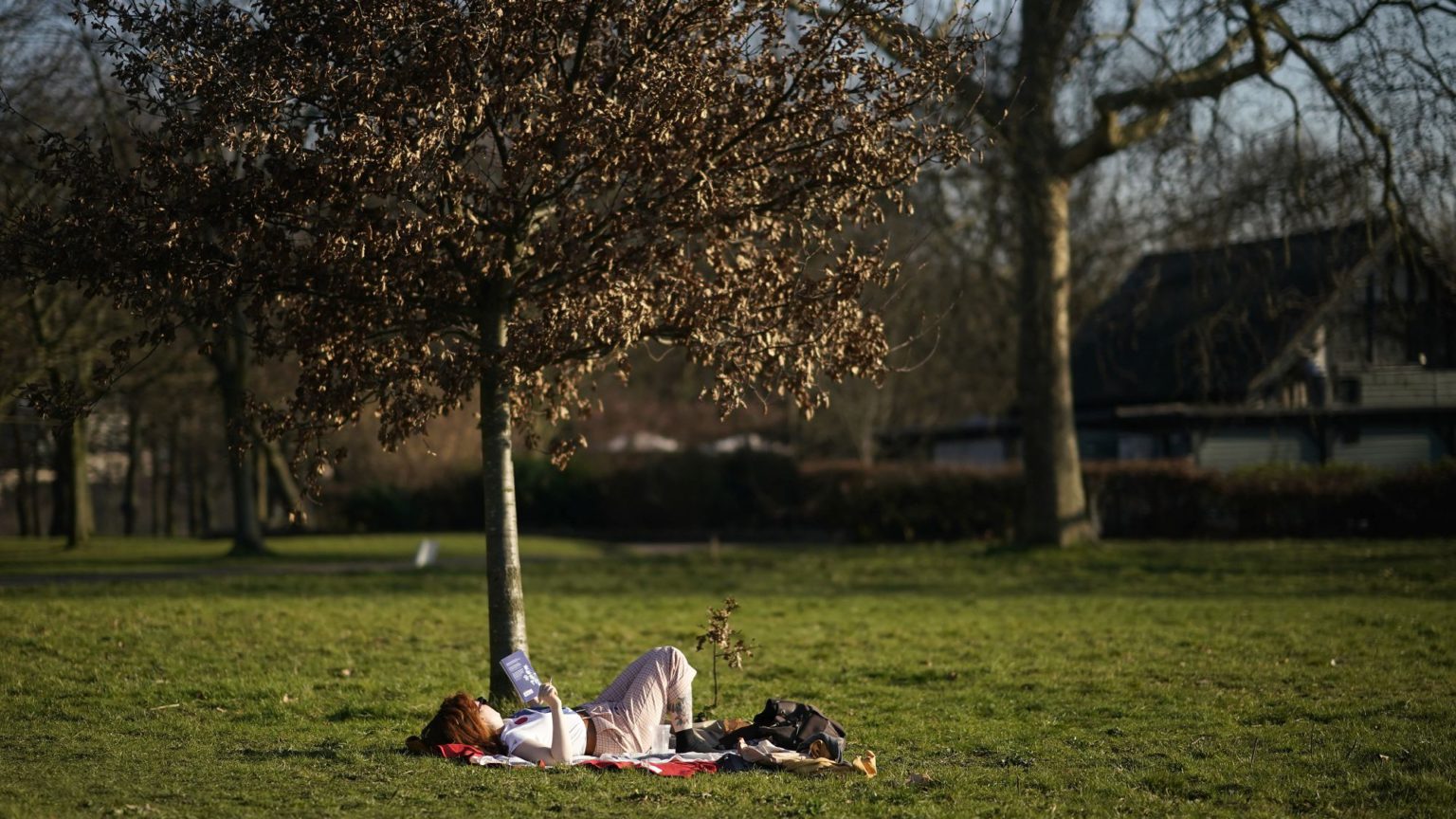 It goes without saying that the normal reaction to unseasonably warm weather is to leg it to the nearest beer garden and have a pint. But while us reasonable folk in Britain have been busy enjoying the warm spell, the climate alarmists have all gone into meltdown.

Green Party MP Caroline Lucas has already used the weather as an excuse to wheel out the old clichés about global warming being the greatest threat to our species. ‘We shouldn’t be enjoying a heatwave in February’, reads the breathless headline on her article for the Independent. ‘This is what climate breakdown feels like’, she says. In the Guardian, journalist Jonn Elledge asks: ‘Am I the only one who’s terrified about the warm weather?’

It is true that it was a first when temperatures topped 20 degrees centigrade this week. We’ve now had the warmest February day on record. But that is only alarming until you consider that the previous hottest February day came in 1998 – over 21 years ago.

The inconvenient truth for the green lobby is that the current unseasonal spell of warm weather is just that: weather. The Met Office has already said the cause of the current hot spell is a high-pressure front dragging warm air over from Africa, not global warming. And yet the same alarmists who claim that unseasonal cold spells can’t be taken as proof that global warming isn’t real are now asserting that the current warm spell proves beyond all doubt that we’re heading for the end of the world.

The Earth’s temperature does seem to be increasing, and there’s no use denying that. However, the current rise is likely to just be part of the uncontrollable natural cycle of heating and cooling which the planet has always endured. It is also true that a small amount of this temperature increase is likely to be caused by human activities, although the extent to which global warming is man-made remains disputed.

What’s missing in our discussion of climate change and environmental issues is an acknowledgement of the trade-off between human progress and environmental damage. Millions of people in the global South have been lifted out of poverty in the past few decades largely because of cheap and readily available fossil fuels – the same fossil fuels the green lobby would gladly see banned. With 10 per cent of human beings still living in extreme poverty, more fossil fuels will need to burn before everyone can enjoy the living standards and modern comforts we in the West have grown so accustomed to.

So when eco-warriors talk about clamping down on cheap fossil fuels, or reducing global greenhouse gas emissions, they know this will also mean clamping down on development. It is clear that to many of the staunchest environmentalists, economic growth is not something to be celebrated, but something to be managed, and where possible restricted, because of the environmental repercussions it can have. This is why environmentalism is so trendy among the anti-capitalist movement that is currently flourishing on Twitter and within the Labour Party. Never mind that many of the solutions to today’s environmental problems are likely to be technological anyway – meaning that more economic growth, not less, is our best bet for a cleaner and greener future.

Either way, this week’s lovely weather is not worth worrying about. The bottom line is that one February hot spell does not mean the world is dying, and climate alarmists would be better off if they dropped the doom-mongering and just enjoyed the sun like the rest of us. This is Britain, after all, and the rain is guaranteed to be back in no time.