No, Brexit is not ‘all about the Tories’

The divide in society is far bigger than splits in the defunct old parties. 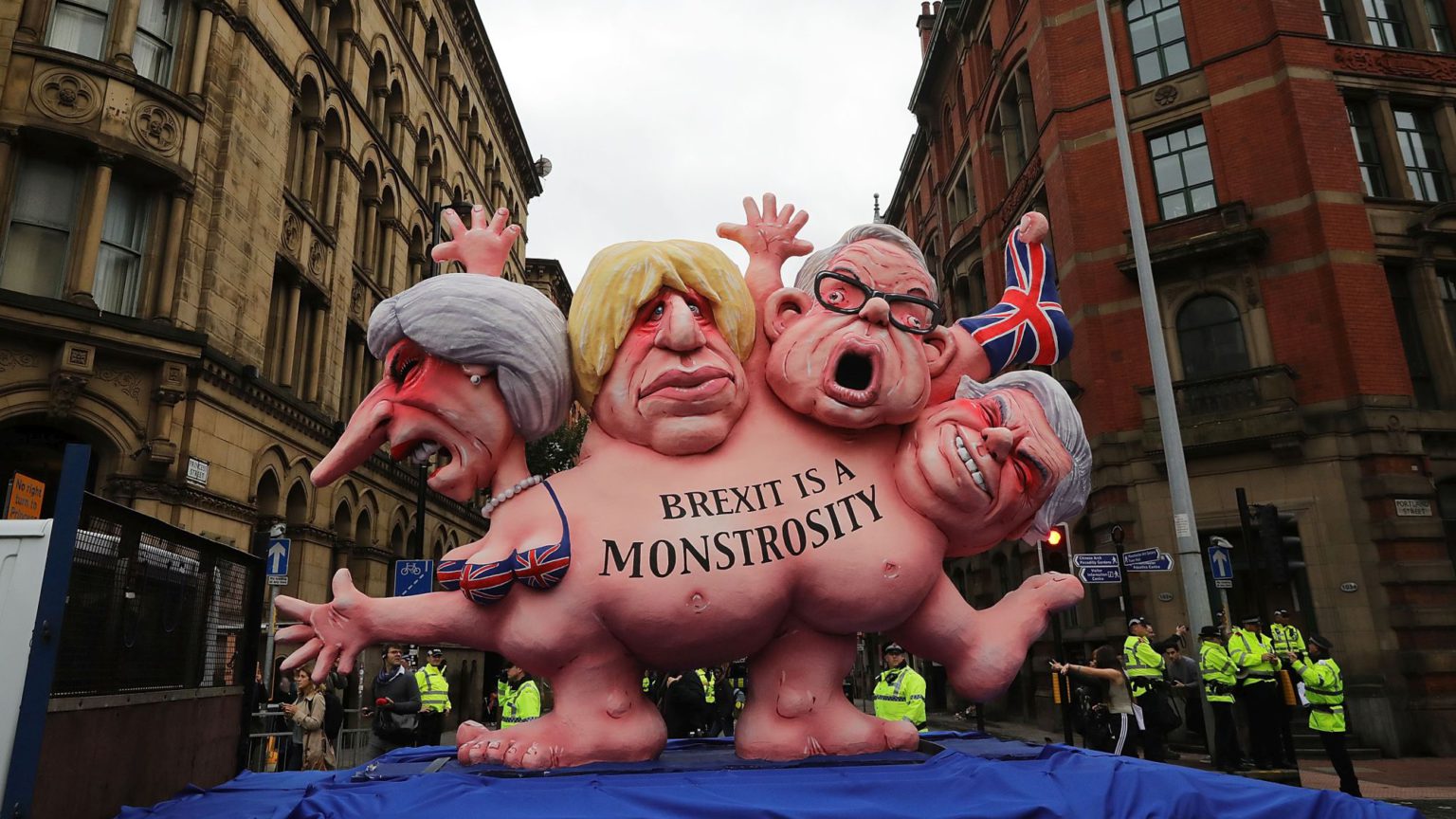 The political ‘split’ that matters is not the one dominating the news, between pro- and anti-EU factions among Conservative and Labour MPs and in their wider parties. It is the broader divide between the people and the ruling elites.

The Brexit vote in the 2016 EU referendum was the biggest democratic revolt against the political class and its allies in British political memory.

That divide was why so many voted Leave, in the face of dire threats and warnings from the all-party Remainer clique atop the UK and the EU. It is why the Remainer elite has been trying to reverse the result ever since, and continues to conspire against Brexit in parliament and outside.

To be clear: this split is not between the 17.4million who voted Leave and the 16.1million who voted Remain. The enemy is the far smaller and more powerful Remainer elite whose opposition to Brexit is only the most obvious example of their contempt for democracy. They do not think the future should be in the hands of the common people, whichever way we voted in 2016.

Some would like us to lose sight of that fundamental divide behind Brexit in society today, when all the focus is on the party splits and factional fighting in parliament.

In particular, those who want to demean the meaning of Brexit continually claim that it is ‘all about the Tory Party’ and nothing to do with the rest of us.

They say that the then Conservative prime minister David Cameron made the mistake of calling the EU referendum primarily as an internal attempt to defeat and silence the Eurosceptic fringe in his own party. And they claim that prime minister Theresa May’s current manoeuvres to get a version of her (non-)Withdrawal Agreement through parliament are mainly motivated by her wish to keep the Conservatives together, rather than do what’s right for the nation.

There may well be some truth in all that from the perspective of Tory leaders themselves. For instance, Cameron the arrogant Remainer certainly did not call the EU referendum because he believed in popular democracy, and would never have done so if he thought for a moment he might lose to the populace.

But these Tory leaders’ viewpoint is not what Brexit is about. Those 17.4million people did not vote Leave because of what Cameron wanted; most of them could not care less about the future of the Conservative Party. They voted Leave because they wanted more of a say in how society is run, greater democracy and sovereignty.

Whatever the motives of Cameron and Co might have been in holding the referendum, it was undoubtedly the best thing he did in six years as prime minister. The Tories unwittingly let the democratic genie out of the bottle. And the people seized the opportunity to express their wish for change in the strongest possible terms, by voting against the EU and the UK elites who cower before it.

Both the Tory and Labour parties are being pulled apart today by forces far stronger than the usual internal differences of opinion and personality clashes. They are trying and failing to cope with the democratic challenge of Brexit, to contain the popular demand for change within their old exhausted political structures.

There is a lot of panicky talk now about how the fractured Tory and Labour parties could both ultimately split. If they do, that will be a consequence, not a cause, of the Brexit upheaval. The democratic revolt has changed everything in political life, whether the politicians and pundits fully realise it yet or not.

And the sooner the two old parties do fall apart, the better. The battle of Brexit has proved that neither of them is fit to represent us. Tory prime minister May is a Remainer pretending she is committed to delivering Brexit. Labour leader Jeremy Corbyn is a lifelong left-wing Eurosceptic who shelved his principles at the one moment it mattered and signed up to the establishment’s Remain campaign.

Both dishonest leaders may claim that they are doing their best to keep their respective parties united. That is their problem, not ours. Our problem is how to get the Brexit we voted for. And in the process, ensure that we all live in a democratic society where the people get what they rightfully demand rather than what politicians see fit to grant them.

So no, Brexit is not all about her May-jesty or the Tory Party. It is not about two-faced Corbyn (both of them bearded) or the Labour Party. Our self-important political elites are so vain, they think an historic democratic revolt is about them. It’s not. It’s about democracy, and the divide between demos, the people, and kratos, the power. Don’t let them forget it.