Trump is weaker than ever 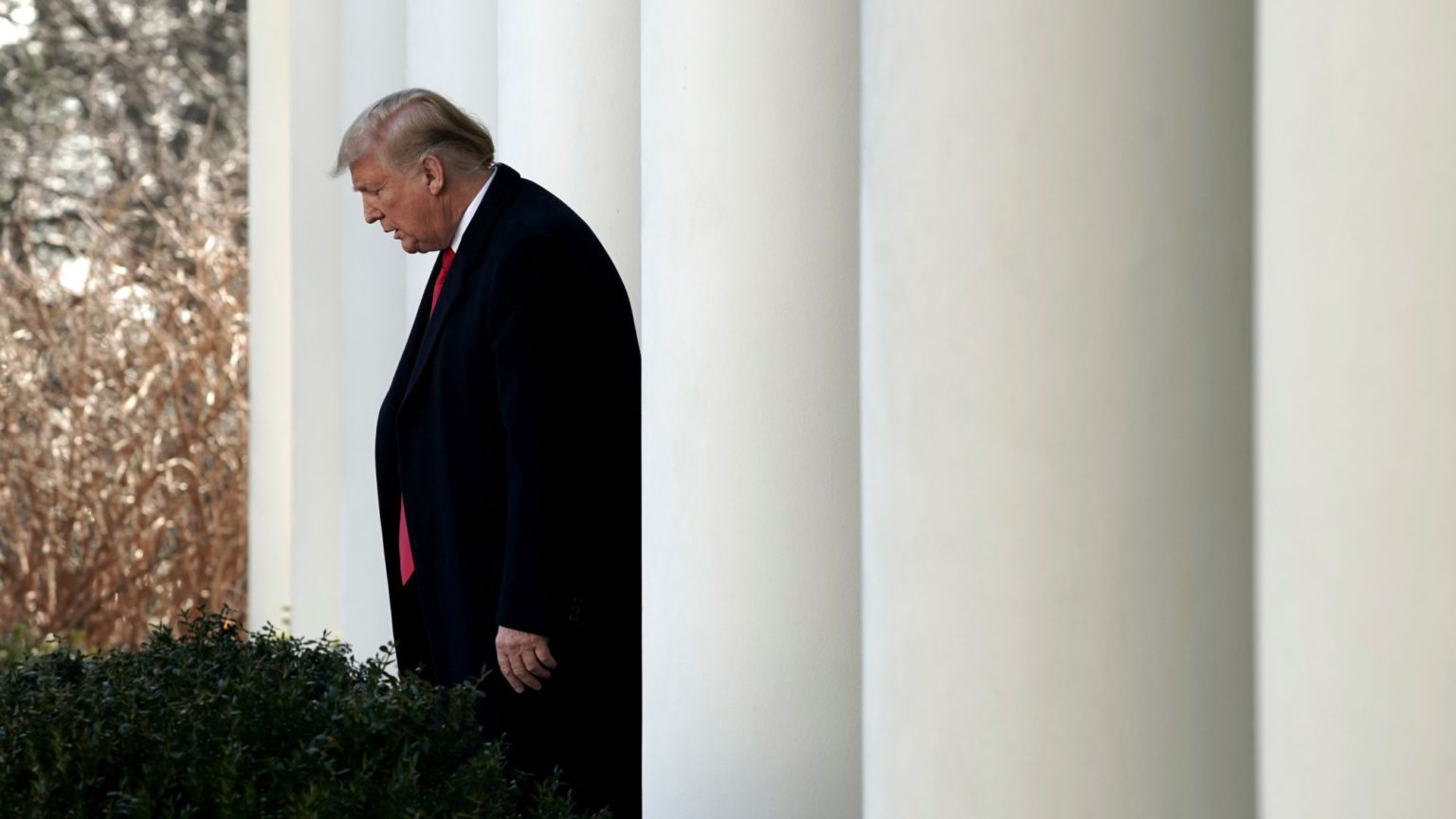 Yes, he caved. As much as Donald Trump is trying to spin his decision to reopen the federal government after a record 35-day shutdown, there is no escaping that he has suffered an embarrassing defeat. More than that, his loss likely signals that his presidency will decline further from here.

Trump agreed on Friday to a short-term funding deal that will restore government operations for three weeks. It was the same approach that he rejected a month ago, before imposing hardship on 800,000 government employees. He received nothing in return, and certainly not the $5.7 billion he was seeking for his wall on the south-west border.

Trump’s climbdown was predictable. Nancy Pelosi, the Democrats’ leader in the House of Representatives, had no incentive to negotiate, as most Americans don’t support Trump’s wall and most blame him for the shutdown. Meanwhile, the pressure fell on Trump. The media highlighted the suffering of federal workers, some resorting to food pantries and other charity. Air-traffic controllers were failing to turn up to work, threatening air-travel chaos. Some opinion polls showed a drop in support for him. At all stages, Pelosi has made Trump look like the amateur politician he is. Her knockout punch came when she denied Trump the State of the Union address.

All along, it was clear that Trump was willing to force a shutdown for one main reason – to secure his base of support. Many of his backers complained that, two years into the White House, Trump had not lifted a finger to pursue his main campaign promise of a wall (which Mexico was supposed to pay for). But now, after the shutdown and cave-in, he has alienated both independents and a good part of his base. Conservative pundits who were the loudest Trump fans are now denouncing him. Ann Coulter, for instance, has called him a bigger ‘wimp’ than George HW Bush.

Trump is claiming that the latest shutdown agreement is just a temporary truce. He says he might restart the shutdown, or declare a national emergency, if no deal is reached over the next three weeks. Again, it is hard to see how Trump escapes this fight without simply dragging out his public defeat further. Some Republican supporters are holding out the hope that Pelosi and the Democrats return to the table (or be exposed as intransigent), but their political opponents remain under little pressure to negotiate with an unpopular president who is pushing an unpopular demand. A restart to the shutdown would demoralise the country, as many have already reached an exhaustion point this past week. And declaring a national emergency is very unlikely to work – it would be an unconstitutional move that would face an immediate court challenge, and even Republicans in Congress would oppose it.

There are some moves that Trump might take to try to save face. He might be able to engineer a deal in which Democrats, in exchange for concessions on immigration policy, would agree to some enhancements to ‘border security’ without wall funding. Trump could then claim that ‘border security’ is the same thing as his ‘wall’ – but, of course, most will see through that. Another move would be to declare the national emergency, in the full awareness that it will be blocked. Trump could use its blockage to argue that he did everything he could to try to win the wall, and went down fighting. But this claim would also ring hollow.

Trump’s surrender over the shutdown is making more evident what has been the case since he first entered the White House: that he is a weak and ineffective president. Ironically, it has been his political opponents and media critics who have built Trump up to appear more committed than he really is. A uniquely domineering tyrant, as Trump has been made out to be, implicitly has supreme authority. But that is far from the case with Trump. The narrative of ‘Trump is a Nazi’ has obscured his inability to direct US politics and policy in a major way.

Trump was given a decisive push into office by making certain promises to voters, yet he has not followed through on them – and the wall fiasco is a prime example. In office, he has raised anti-establishment proposals, like opposing NATO funding or pulling out of Syria, only to drop them quietly. Instead of pursuing a so-called populist agenda, he has spent his first two years going along with the establishment Republican agenda of dismantling Obamacare and cutting taxes – two issues that were not prominent in his campaign. Trump has had little influence over Republicans in Congress, and minimal control over his administration: many of his cabinet officials ignore or oppose him (before quitting), and those still around him leak like sieves.

Following his shutdown failure, Trump is even less influential and more isolated. He has been exposed as full of hot air. Going forward, why would Pelosi and the Democrats fear any of his threats? Republicans in Congress, who have never been enamoured of Trump, will not be providing much support. And now his base – at least, as it is expressed by the pro-Trump punditocracy – is ditching him.

Could the Democrats overplay their hand? Of course. They spent the weekend, as we say in the US, spiking the football and dancing in the end zone. Their celebrations could prove premature. With the initiative now handed over to the Democrats, eyes will be on them to see what they can offer.

The bigger backdrop to Trump’s travails is the anti-establishment current in society that propelled him to office. Many Americans are really not moved by the talk of ‘who’s up, who’s down’ in Washington politics. In particular, a good section of the working-class voters for Trump already know that he is an imperfect champion of their concerns, and have low expectations for what he can achieve.

Indeed, the most glaring blindspot of the political establishment – both Democrat and Republican – is that they treat Trump as synonymous with the new populist trend. Many of them believe that, if Trump fails, so will his supporters – that their concerns will disappear, and ‘normal’ political life can resume. As the Trump presidency enters its freefall stage, that comfortable assumption will be put to the test.