How ‘gender neutrality’ could screw up the next generation

There’s nothing progressive about asking kids to choose their gender. 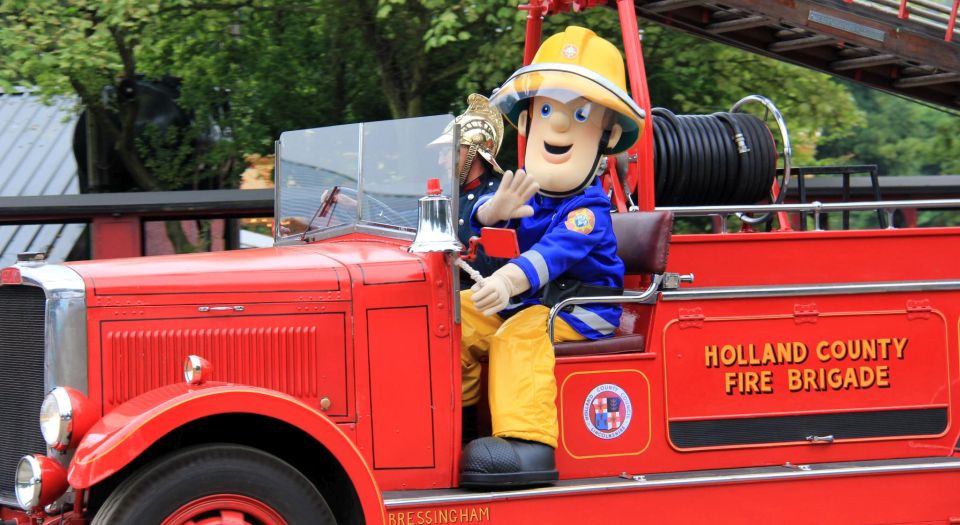 At first sight, the call from Ann Millington, chief executive of Kent Fire and Rescue, to change the name of the children’s TV character Fireman Sam to Firefighter Sam seems trivial. But this is more than just a silly exercise in virtue-signalling. It also echoes and reinforces the growing subjugation of the conventional distinction between boys and girls, and men and women, to the ethos of ‘gender neutrality’.

In this case, gender-neutral vocabulary is being justified on the grounds that it challenges stereotyping. Millington claims that adopting ‘firefighter’ would help change the image of firefighting as a male or a manly occupation, therefore encouraging girls and women to think of it as a job they could do, too.

Yet calls to purge the English language of gender-specific words are not just made on the grounds of challenging gender stereotypes. The crusade for a gender-neutral vocabulary also argues that existing pronouns, such as she and he, as well as references to men and women, or ladies and gentlemen, excludes so-called non-binary people. As Dara Hoffman-Fox, a self-styled genderqueer mental-health counsellor, argues:

‘Using gendered terms – such as “ladies [and] gentlemen” – is highly presumptuous, especially in today’s society, in which many persons are aware that they don’t identify as male or female and therefore are uncomfortable with this type of language’

From this standpoint, existing gender-specific vocabulary hurts and offends non-binary people and anyone else who feels that words like men and women do not describe them accurately.

Advocates of gender-neutrality are not simply in the business of encouraging a more sensitive style of verbal communication between people. Most tolerant people have no problem agreeing to call someone by their preferred pronoun and name. If someone wants to be called, ze, hir, zir, xe, xem, xyr, they, them or it, I’ll do my best to comply. However, with the constant proliferation of pronouns, it becomes a bit of a struggle to keep up with the current obsession with identity and the reinvention of the self.

Unfortunately, the campaign to popularise gender-neutrality is not confined to promoting sensitivity to others. It is also fervently committed to linguistic policing and forcing people to adopt a language that is alien to their outlook and values.

In many parts of North America, the activities of the language police are backed up by formal and informal sanctions against individuals who refuse to alter their vocabulary. Directives issued in 2015 by New York City’s Commission on Human Rights state that employers and landlords who intentionally use the wrong pronouns with their non-binary employees or tenants can face fines of up to $250,000. Last year, the governor of California endorsed a bill that threatens to reprimand health professionals who ‘wilfully and repeatedly’ decline to use a patient’s preferred pronouns.

In places of work and in institutions of higher education, people face strong pressure and informal sanctions if they refuse to embrace a gender-neutral vocabulary. And it is increasingly common for management teams to provide employees with lists of words it is okay and not okay for them to use at their workplace.

One of the most disturbing targets of linguistic policing are daycare centres and primary schools. The aim here is to socialise children into a gender-neutral culture, and to prevent them from adopting the language and values of preceding generations. As far back as 1995, a daycare centre at La Trobe University in Australia banned the use of around 20 words, including the gender-related terms ‘girl’ and ‘boy’, in order to further its mission of altering traditional sex roles. Those who violated the code were forced to pay a fine and treated as if they had used a dirty word.

Language warriors’ focus on altering the language of children is not accidental. Their principal objective is to change people’s behaviour. Language serves as a medium through which human relations are ordered and people’s reality is shaped and organised. Through language, human beings make their existence meaningful. Thus socialising children into a gender-neutral culture and vocabulary aims to alter the meaning that youngsters attach to their identity and existence.

Numerous educators and health professionals have adopted the agenda of gender neutrality. For example, Virginia’s Fairfax County public-school system has replaced the term ‘biological gender’, in its family-life curriculum, with the phrase ‘sex assigned at birth’.

The term ‘sex assigned at birth’ renders one’s biological sex arbitrary and irrelevant. It implies that the description of a baby as he or she is a provisional one that is likely to alter as a child grows up. The premise of the phrase ‘sex assigned at birth’ is that it is the developing child and teenager who will eventually choose an identity – preferably a gender-neutral one – for themselves.

Unfortunately, a significant minority of ‘up-to-date’ parents have embraced the ideology of gender-neutrality, and have adopted a style of child-rearing that avoids assigning a biological gender to their child. These parents assume they are providing their offspring with the freedom to decide for themselves who they want to be.

But in reality, the embrace of gender-neutral parenting constitutes an act of adult irresponsibility. Instead of helping their child to understand their biological attributes, and take responsibility for the development of their identity, parents are placing the burden of character-formation on the child. ‘Leaving it up to child’ may sound terribly open-minded, but what it does is allow the confusing influences and pressures of popular and peer culture to monopolise the identity-formation of young people. Instead of direction and guidance, children are left to deal with a chaotic world dominated by social media, consumer culture and identity politics.

The gender-neutrality crusade is not only illiberal and coercive – it is also disorienting, and it could well mess up young people.

Picture by: Karen Roe, published under a Creative Commons licence.