Under capitalism, the state and market have always been intertwined. 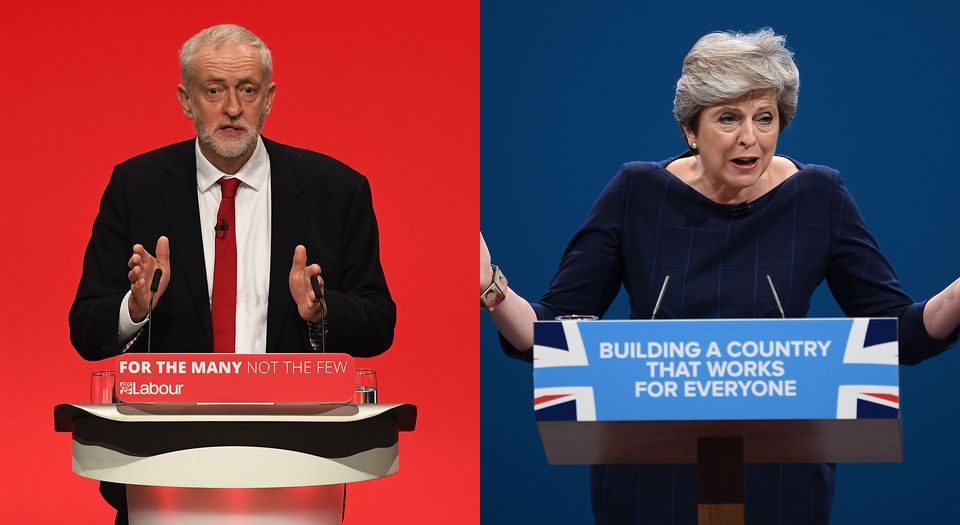 This autumn’s UK party conferences triggered reminiscences about the old political debates from the 1970s and 1980s. Jeremy Corbyn wowed his new Labour Party supporters with a call for full-scale nationalisation, including of the rail, mail, water and energy companies. In response, senior Tories used their conference speeches to assert the merits of the ‘free market’, under the inspiring mantra of ‘no return to the 1970s’. Theresa May used her infamous leader’s speech to declare that ‘the free-market economy, for so long the basis of our prosperity’, is under threat, and needs defending.

As a great 19th-century thinker remarked, history repeats itself: the first time as tragedy, and second as farce. The state-versus-market debates from 35 years ago were the tragic conclusion to the struggles between labour and capital of a century earlier. They marked the final defeat of working-class politics, which had been in decay since the interwar years.

Today’s return of the state-market discourse descends into farce. This exchange of slogans from an earlier era is bit like re-running past debates between VHS vs Betamax video recorders, or, for a slightly younger generation, between Netscape and Internet Explorer web browsers. The words retain some meaning for those who knew about them first time around, but the world has moved on and rendered debating them irrelevant.

Even three decades ago, the simplistic state-market duality revealed the decay of the modern era’s historic divide between left and right, rather than a vibrant political contest. In particular, the call for ‘nationalisation’, maintaining or extending state control through government ownership of businesses or industries, was never a battle cry of genuine anti-capitalist politics. It reduced the pursuit of class power to a technical matter of private-vs-public control of an organisation’s management, operations and purse strings.

Meanwhile, the right’s counter, that the market is best, may have been on the winning side of the economic war by the turn of the 1980s, but it was more victor by default than by merit. The socialist left soon deserted this battlefield to leave the right to occupy it unopposed. Or, more precisely, the left abandoned the economic battleground in favour of the adjoining cultural one, where it fell upon a new raison d’être for itself: victimhood and identity politics. But the big flaw in the right’s intellectual stance was that the state under capitalism had always been a partner of the market, never its antithesis.

President Ronald Reagan’s line in 1986 – that ‘the nine most terrifying words in the English language are, I’m from the government and I’m here to help’ – successfully struck a chord with anyone – worker or business owner – who had to cope with the state’s intrusion in their lives. And while the right also gained moral points in that period by associating the left with the repressive authoritarian Soviet state, its anti-state rhetoric at home was both historically and economically illiterate. With respect to the economy, the state has always been a bastion for the interests of market relations, not their negation.

To hark back to a free-market era is a romantic myth. Even the high point of classical capitalism in mid-19th-century Britain could not claim freedom from state economic intervention. The 1846 repeal of the Corn Laws did mark the end of one phase of British mercantilism, but it wasn’t the dawn of the ‘free market’. The state was already becoming increasingly active in a range of domestic economic matters. (And in overseas commercial interventions, too, not least through the wars supporting its opium trade into China.)

In fact, the 1840s marked a period of intense legislative activity. Parliament passed the Nuisance Removal Act 1846 (about the health risks from pollution and filth), the Town Improvement Clauses Act 1847, the Metropolitan Commission of Sewers Act 1848, and the Public Health Act of the same year. State licensing and regulation of canals, roads and railways were all extending. This included setting a standard railway track gauge, as this was not something the private companies had been able to agree themselves. The 1844 Bank Charter Act established a public responsibility for financial stability and set in motion the then private Bank of England to act in the public role as lender of last resort in times of financial crisis. 1844 also saw the Joint Stock Companies Act, followed a decade later by the 1855 Limited Liability Act. The 1840s also saw tougher legislation passed limiting child labour: the Mining Act of 1842 and the Ten Hours Bill of 1847. All this is hardly evidence of a hands-off, laissez-faire free market.

The explicit objective since the 18th century, as articulated by the rising elite, of freeing the market from pre-existing regulations and restraints, always required the active hand of state intervention. We saw something similar again in the 1980s as governments intervened then to adjust the public-private relationship. Privatisation, for example, was accompanied by a huge extension of state regulation.

By the time of the state-market arguments of the 1970s and 1980s, the idea that state intervention was either a good or a bad choice for the economy ignored the fact that it was an essential feature. State spending, state regulation and state monetary policies had been expanding for at least a century. The debate today is farcical not only because the Labour and Tory parties have so much less connection with people outside their party apparatuses; it is also farcical because it ignores the quantitative and qualitative expansion of state economic interventions since the 1980s.

Contrary to the claims of Reagan and Margaret Thatcher, there never was any ‘rolling back of the state’ in terms of public spending. In most years since they were in power, in America, Britain and most other mature industrial countries, government expenditure and budget deficits have been maintained or grown. But this observation doesn’t reveal fully how business dependence on the state has magnified over the ensuing years. Businesses have stopped investing much in technology and innovation, as had been the traditional route to their success and expansion; instead they have become more reliant on public subsidies, procurement budgets and protection.

For example, since the 1980s, and under the banner of ‘marketisation’, governments have outsourced more of their activities to private providers. Now that about a third of public spending is on goods and services bought from the private sector, public-private interconnections are even closer than before the illusory ‘neoliberal’, free-market revival. The public purse has become an increasingly valuable source of earnings for a wide range of companies providing everything from paper to IT services, from medicines to road maintenance, from social care to security services.

Ever since the Black Monday stock-market crash, 30 years ago last week, businesses have also been supported by steadily falling interest charges on their expanding debt liabilities. This has been courtesy of easier monetary policies from another key institution of the state network: the central banks. Meanwhile, spreading state regulation has usually favoured incumbent businesses. Regulations codify how things operate based on the setup as it exists. This tends to increase the barriers to new challenger businesses and discourage disruptive innovation.

This isn’t just about the state and market intertwining. Governments across the West have become more reluctant to sanction any disruption to the status quo. As the idea of activist, pro-growth economic policies fell out of fashion, the official watchwords have become stability, predictability and certainty. While the ground for this was laid by Reagan and Thatcher (and by her direct successor, John Major), it took the ‘opposition’ leaders, Bill Clinton and Tony Blair, to cohere this approach with their ‘Third Way’ politics.

Tony Blair spelt out this reorientation in a speech a year after becoming prime minister, when he claimed that ‘nothing matters more to me’ than the ability to ‘manage the economy’. ‘Stability’ he enthused, ‘can be a sexy thing’. This summed up the cultural shift in economic policymaking to one that’s become uncomfortable with forcing through economic change. The emphasis instead, informed by the supposed ‘sexiness’ of stability, is on trying to keep things as they are. State actions seeking to preserve the status quo have taken over from more ambitious, and disruptive, goals. The end result, through not the intention, of this has been to bring about a more ossified business formation, and one more sustained by the state than ever.

The extent of today’s state-backed corporate welfare makes those nationalisation-vs-free-market pronouncements at the party conferences even more delusional. With British businesses already so dependent on state expenditures and cosseted by so much state regulation, it is more credulous even than in the 1970s to think that direct public share ownership of a business would make any difference. Whether individuals, pension funds, insurance companies, or the government owns most or all of a company’s shares, the firm is still operating under the laws of capitalism as modified by some degree of public subsidy.

Even more bizarre is the supposed defence of the ‘free market’ by the prime minister and her senior colleagues. In the very same speeches they have gone on to suggest extending government controls on executive pay, on utilities companies, on the housing market, and on the foreign takeover of British businesses.

‘Don’t try and tell me that free markets are no longer fit for purpose’, the prime minister said in her conference speech. Yet a few minutes later she was telling herself exactly that. Some markets, she said, are ‘broken’ and need the state to step in. ‘We will always take action to fix them’, she said, giving the example of the ‘broken energy market’, and pledging to introduce caps on prices.

In earlier times, a government setting prices wouldn’t have fitted most people’s understanding of a free market. The Tories’ political forebears would have denounced such a proposal as verging on communism. But, as we know from recent battles over free speech, the discussion about freedom has lost all connection with dictionary definitions. Nevertheless, it is a strange world where self-proclaimed right-wing politicians can extol defending the free market while proposing even more constraints on an already state-permeated market system.