Labour’s ‘Brexit, but…’ puts the mock in democracy

Opposition to the Withdrawal Bill is a backdoor attempt to usurp the Leave vote. 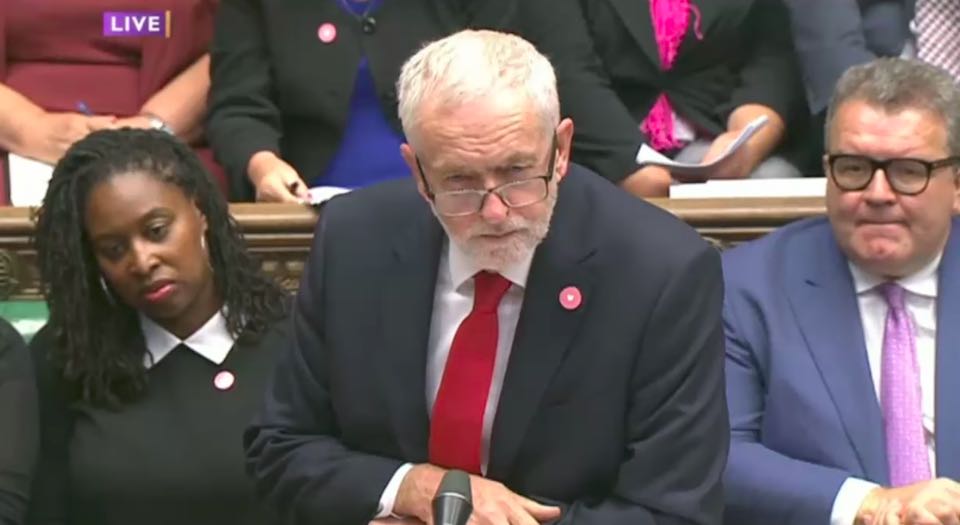 The cover blurb for my book Revolting!, published earlier this year, declares that ‘Ours is the age of “I support democracy, but…”’. A time when every politician and public figure supports democracy in principle, while many want to restrict ‘too much’ democracy in practice.

An unnamed Labour Party spokesman told the media that ‘Labour fully respects the democratic decision to leave the European Union… BUT as democrats we cannot vote for a bill that would let government ministers grab powers from parliament to slash people’s rights at work and reduce protection for consumers and the environment.’

He continued: ‘Parliament has already voted to leave the European Union. BUT the government’s EU Withdrawal Bill would allow Conservative ministers to set vital terms on a whim, including of Britain’s exit payment, without democratic scrutiny.’ (Emphasis added in both cases.)

In other words, Labour respects the democratic vote for Brexit in principle – but it will do its best to drag out, dilute or derail that process in practice.

It claims to back Brexit, yet opposes the bill that aims to end the supremacy of EU rules over UK law – and insists Britain must pay a huge penalty ‘exit payment’. The statement says that Labour ‘backs a jobs-first Brexit with full tariff-free access to the European Single Market’. Yet nobody has come up with a way to have such access to the Single Market without obeying EU rules and accepting the authority of the EU courts. But then, Labour has already conceded that the UK should remain subject to those Euro-rules and judges for a lengthy and possibly indefinite ‘transition’ period after it formally leaves the EU.

In short, Labour’s ‘We respect Brexit, but…’ policy looks increasingly like backing Remain by another name. Those ‘buts’ don’t just qualify Brexit – they would effectively usurp the decision by 17.4million voters to leave.

Little wonder that arch Labour Remainer and former minister Lord Adonis this week felt emboldened to declare that a Labour government would hold a second referendum on Brexit within six months of obtaining office, in the hope of overturning the Leave vote. The fact that Adonis also believes the BBC is biased in favour of Brexit might raise questions about how seriously we take his views. But it seems clear enough which way the wind is blowing through Labour’s ranks – away from the party’s traditional working-class Leave voters, towards the new influx of more middle-class metropolitan Remainers.

It is typical of our times that Labour should try to excuse its betrayal of the democratic vote for Brexit using the language of democracy. This is what my books calls ‘demockracy’, paying lip service to democratic politics while your actions make a mockery of it.

Parliament is now debating the Tories’ EU Withdrawal Bill – previously known as the Repeal Bill – which will repeal the 1972 European Communities Act that gives EU law supremacy, while incorporating existing EU laws into the UK statute book. Labour’s statement nobly declares that ‘as democrats’ it cannot back the ‘power-grab bill’. It would ‘give this Conservative government sweeping powers to change laws by the backdoor’ and thus ‘allow the government to seize control from the parliament that the British people have just elected’.

Much of the pseudo-democratic criticism of the Withdrawal Bill focuses on the temporary powers it would grant the government to amend some laws without a vote in order to smooth the transition – branded ‘Henry VIII powers’ after the 1539 statute that gave the Tudor monarch the ability to legislate by proclamation. One Guardian columnist even protests that this transfer of powers amounts to ‘nothing less than an executive coup’ overthrowing parliamentary democracy, and asks what a future far-right or far-left government might do with such powers.

Such high-minded demockratic talk disguises the biggest threat to democracy today – the attempt to undermine or usurp the expressed will of 17.4million Leave voters by staging a ‘soft coup’ against Brexit. Never mind future horror-fantasies about a fascist regime. The attempted soft coup against Brexit is happening in the here and now.

Of course, ‘as democrats’, we should all be wary of granting any extra powers to the executive arm of the state, even short-term. British governments already have far too much power, not least thanks to the Royal Prerogative, which allows them to wage war and much else in the name of the Crown rather than the people.

We certainly should not blindly trust the Tory government – led by Remainers – to implement Brexit or defend democracy. The Withdrawal Bill – significantly no longer called the Great Repeal Bill – does not go nearly far enough in extricating the UK from the shadow of the EU. As Tory Brexit minister Steve Baker says, it is ‘a matter of converting EU law into UK law, it is not a matter of repealing and replacing’. It is as if we can take Britain out of the EU, but we cannot get the EU out of British politics.

However, it is a bad joke to hear the Labour Party posing as the champions of true democracy in their opposition to the EU Withdrawal Bill. Come off it. Labour had no qualms about the Royal Prerogative and centralised executive powers when it was in government. The now reviled Tony Blair was far from the first Labour prime minister to ride roughshod over parliamentary democracy; Clement Attlee, the still-lionised premier of the 1945 Labour government, exploited executive powers to build the British nuclear bomb without telling most of his cabinet, never mind parliament or the people.

Remainer politicians who now seem so exercised to defend democracy against unaccountable power did not say a word about it during the 40 years when UK democracy has been trampled on via the EU, by both British governments and Euro-bureaucrats and courts. It seems they are only really moved to defend parliamentary democracy against popular democracy – the people’s vote to leave.

The ‘backdoor’ attack on democracy we should worry most about is the attempt to undermine or usurp the Brexit vote using the phoney language of demockracy. That this is more than mere party-political manoeuvring by Jeremy Corbyn’s parliamentary Labour Party is confirmed by the way that pro-Remain Tory MPs have echoed their opposition to the Withdrawal Bill.

It is worth reminding all these Remainers that, unlike prime minister Theresa May, the Tudor monarch Henry VIII was not obliged to break with the Church of Rome or behead two wives and many political opponents by the power of a popular referendum vote.

Anybody who doubts that the powerful, unaccountable institutions of the EU are the enemies of democracy should look at the latest acts of the European Court of Justice – a political body whose judges would not know justice if they bumped into it over lunch at a swish Luxembourg restaurant. The ECJ has just ruled that the elected governments of Hungary and Poland must rewrite their laws and bow to EU rules on accepting migrants – or else. This is the democracy-and-sovereignty-trampling court that Labour and others want to exercise continued authority in the UK even after Brexit.

The Tories’ EU Withdrawal Bill is an important and overdue first step towards making Brexit happen. The real problem with it is that, like everything else proposed by our Remainer-at-heart government, it does not go far or fast enough in making the break. The future of democracy is on the line in the battle for Brexit – with no buts.