The Korea tensions speak to the death of reasoned diplomacy. 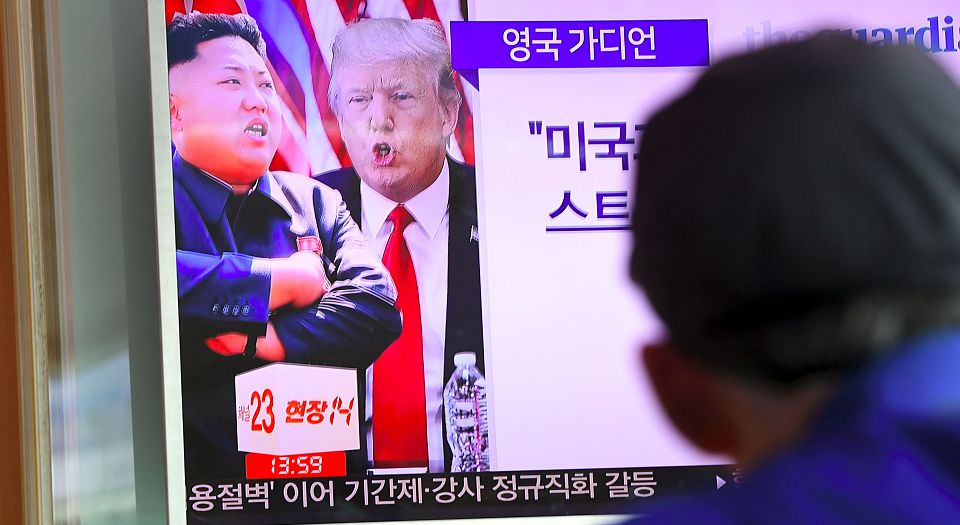 Watching North Korea stage another nuclear missile test, each one bigger and bolder than the previous, which the US then follows with ever grander threats and military exercises near, on or over the Korean peninsula, is like watching the Fast and the Furious movie franchise. Each version has the same basic elements, the same basic plot even, but it’s always a bit louder, a bit more spectacular, a bit more stuntastic. But, at the same time, with each performance, each sequel, the point of it all starts to recede, as the stunts and the effects take over.

There is no doubting that North Korea’s latest nuclear test, which triggered a 6.3 magnitude earthquake and is claimed by Pyongyang to have been a hydrogen bomb, is bigger and bolder than anything it has previously flaunted during Kim Jong-un’s Big Weapons showreel. And it’s clear that President Donald Trump’s threat to cease trade with any country doing business with North Korea, coupled with US defence secretary Jim Mattis’s promise of ‘a massive military response’, is more shocking and awesome than Washington’s previous, largely tweeted threats of fire, fury and the like.

Yet at the same time, never has the spectacle, the showing-off and the posturing seemed so divorced from any actual point or reason. Why is North Korea circulating photos of a laughing Kim Jong-un inspecting his big H-bomb? Why is Trump tweeting a threat to unhinge the global economy unless everyone cuts ties with North Korea? What possible good can come from it all?

In fact, it’s almost as if the poses and gestures, the launches and the threats, are now the point, the ‘good’, the end. US advisers and commentators now seem to be talking seriously of potential military intervention in North Korea; of cutting off trade with China unless it effectively condemns North Korea to economic ruin by ceasing trade; of, effectively, bringing the Kim regime down, and plunging the region into chaos. And North Korea, which has long used the threat of nuclear proliferation as a bargaining tool with the US, almost seems to have forgotten that nuclear war was the fear to be played on, not the actual objective.

This increasingly chaotic, dangerous standoff, seemingly driven now by motives unclear, is not an aberration. Rather, it speaks to something deeply troubling about international relations today: the triumph of showmanship, of moralistic performance and rhetorical bombast, over diplomacy, negotiation and the imperative of stability. This is not because national leaders and their coteries of advisers and diplomats were more reasoned or more rational, let alone more ethical, in the past. But what they did have was a sense of their strategic, national self-interests, which guided their approach to international affairs, be it the shoring up of a favourable regime in the Middle East, or the pursuit of nationally beneficial trade treaties with an emerging nation.

Moreover, when there are strategic and material interests at play, when all sides are pursuing certain ends, then negotiation about those ends becomes possible, necessary in fact. Which is where diplomacy comes into play. Because the job of the diplomat is to conduct those negotiations, to pursue national interests, not with show or ostentation, let alone for reasons of self-aggrandisement, but with discretion, ease, and a sense of the best possible outcome. Realism, not a narrow ethical idealism, prevails.

But that doesn’t seem to be the case anymore. In the international arena today, Western powers especially seem to have abandoned the reasoned realpolitik of diplomacy in favour of the grand moralistic gesture, the idealist pose, the ethical selfie. Accordingly, the ends of foreign-policymaking aren’t to be negotiated; they’re absolute, non-negotiable. After all, you can’t negotiate with those you’ve labelled evil, as George W Bush labelled Iraq, Iran and, of course, North Korea in his 2002 State of the Union address. No, with regimes you’ve condemned as evil, with nations you’ve characterised as rogue, you can only fight or stare down in implacable, eternal opposition.

The reason for this cartoonish turn in foreign-policymaking in the West is simple enough. It allows the ruling elites of the US, or the UK or France, so wanting in moral purpose for so long, to regain their Cold War sense of it, by appearing once more as the goodie, the moral hero, the righter of wrongs. On this road to hell there can be found the paving stones of Iraq, of Afghanistan, of Libya, of Syria, and all the others upon which the West’s good, moral intentions were performed with miserable consequences.

Which brings us back to the US and North Korea. There’s certainly very little sign of diplomacy here, despite the weeks-old rumours of White House officials opening backdoor channels with their Pyongyang counterparts. And more importantly, there is seemingly no sense of what national self-interest looks like, no sense of what a decent, achievable outcome would amount to. Instead, both sides seem intent on carrying out zero-sum shows of rightness and strength, of bolstering their domestic stature through displays of single-minded purpose on the global stage, a grotesque Manichaeism which, with North Korean missiles shooting over Japan, and the US launching you’re-either-with-us-or-against-us sorties against China, really does promise the conflagration of an entire region.

Yet, almost entirely obscured now by the bluff and bluster, there must persist some residue of national interest, some sense of what an achievable objective would be. For the Kim regime, there are multiple, reasonable objectives: a peace treaty to replace the armistice signed at the end of the Korean War in 1953; a relaxation of some of the stringent sanctions which have long hobbled the North Korean economy; a suspension of the US and South Korean forces’ annual war games on the Korean peninsula, and so on. Despite suggestions from the more hawkish sections of the commentariat that Kim is really committed to unifying the Korean peninsula through military force, it still seems more probable that North Korea’s nuclear manoeuvres are what they have been since the 1990s: a defensive move to repel would-be regime-changers, and a means to win North Korea some negotiating space on the world stage. Likewise, unless we’re to believe that Trump really is intent on ridding the world of baddies, the US would surely want some form of regional stability; a cap on North Korea’s nuclear ambitions; and protections for South Korea. There must still be some idea somewhere on Capitol Hill of what America’s national interests in South-East Asia look like.

There is ground, then, for an older form of geopolitical diplomacy. But to see it, and to start working upon it, quietly and rationally, there needs to be an end to the grandstanding speeches demonising whole nations, an end to the nuke talk (on both sides), and a cessation of the military spectaculars. Only then will these loud, pointless stand-offs, which can cause real-world war and horror, be replaced by what is so desperately needed right now: reasoned diplomacy.