Brexit Britain should thrive, not survive 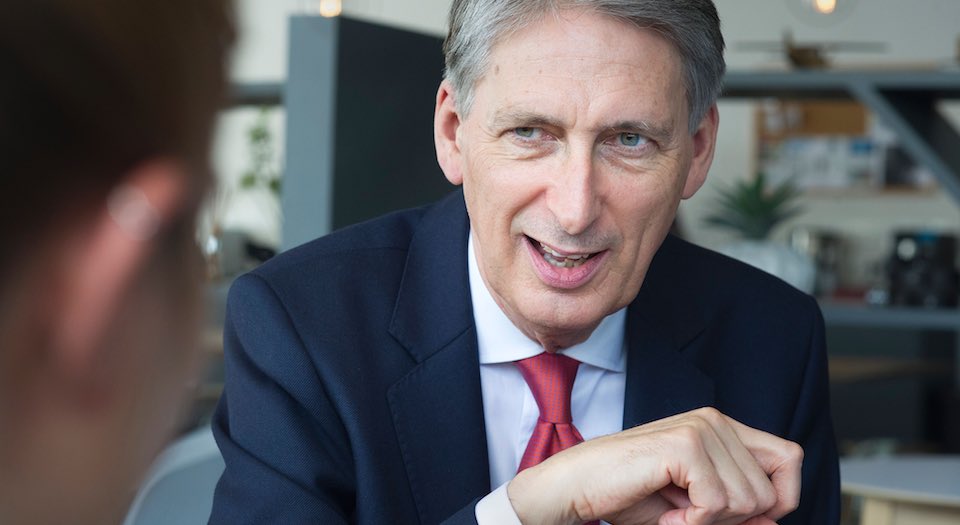 British chancellor Philip Hammond – dubbed ‘Spreadsheet Phil’ by MPs for his dour approach to his profession – revealed his sly side on the weekend. When grilled by German paper Die Welt about whether the UK government has plans to become the tax haven of Europe, drastically cutting corporate tax post-Brexit, Hammond said that the UK would like to remain ‘in the European mainstream of economic and social thinking’, but it may have to ‘change its model’ should a trade agreement not be reached.

This thinly veiled threat enraged many European newspapers, alongside many on the left in the UK. Labour leader Jeremy Corbyn bemoaned the fact that the chancellor wanted a ‘bargain-basement economy’.

Are left-wing fears that Brexit Britain under the Tories is going to become a ‘neoliberal fantasy island’ coming to pass? Are Hammond and prime minister Theresa May hatching a plan for the UK to be the new Luxembourg or Cayman Islands? Hardly. In the Autumn Statement, delivered last November, the first after the Brexit referendum, Hammond did announce that corporation tax will fall to 17 per cent, ‘by far the lowest overall rate of corporate tax in the G20’. This may be below the EU average, but it pales in comparison to Ireland, for example, which has consistently charged corporation tax of 12.5 per cent for well over a decade.

Many have been quick to identify the chancellor’s uncharacteristic entertaining of the UK gaining tax-haven status as simply a tactic aimed at negotiating a good deal with the EU. As Guido Fawkes put it: ‘We can give the EU plenty of carrots to give us a good deal… we can also give them a few sticks too.’

However, what does seem genuine in the Die Welt interview is Hammond’s conviction that the future of Britain’s economy is either the ‘European social model’ or some kind of taxation-lite rogue state. It’s clear what the Remain-voting chancellor wants. As he puts it, ‘most of us who had voted Remain would like the UK to remain a recognisably European-style economy with European-style taxation systems and European-style regulation systems’. However, if this is not on the table, he added, ‘the British people are not going to lie down and say, too bad, we’ve been wounded… we will change our model, and we will come back, and we will be competitively engaged’.

Such fighting talk may warm the cockles, but it glosses over the fact that, long before the Brexit vote, the British economy was ‘wounded’, with sluggish growth long being the norm. As economist Phil Mullan has pointed out on spiked previously, the UK’s productivity level – the most important indicator of the health of an economy – has muddled along since 2007, and is significantly lower than most EU and OECD countries. In the early 1970s, productivity growth was averaging at about three per cent each year and now barely scrapes one.

However, if you peel back the layers of rhetoric about growth in the Autumn Statement, it is clear that serious attempts to address the UK’s productivity problem are currently lacking. The government’s National Productivity Investment Fund, while at least a welcome change from what came before, still only – as Mullan identified at the time – ‘amounts to extra government spending of about £5.5 billion by 2020 – less than half a per cent of annual output’. This is not a sign of a government that has suddenly woken up to the need to tackle productivity head-on.

Rather than being defensive about being left out in the cold by our European neighbours, raising the spectre of the UK becoming a tax haven in order to be ‘competitively engaged’, it would be far better for the chancellor to outline a serious plan to buck the trend of our continued below-par productivity.

This would likely require significant, and sometimes risky, government expenditure in R&D as an aid to corporate innovation. Such an unpredictable rate of return may be unappealing during a time of so-called ‘Brexit uncertainty’ – especially to the ‘spreadsheet Phils’ of this world – but it could sow the seeds for a healthy economy in the long-term, and genuinely ‘change the model’ in a way that simply reducing taxes will not. More companies may indeed come to Britain if taxes are lower, but it doesn’t follow that lower corporate taxes will lead to increased investment in R&D by these companies.

A plan for increased productivity might not send shivers down the spines of EU negotiators on the continent, but it could do much to help ensure that, in post-Brexit Britain, the economy doesn’t just survive, it thrives.