I pledge allegiance to… what, exactly?

An oath to ‘British values’ is useless when no one knows what those values are. 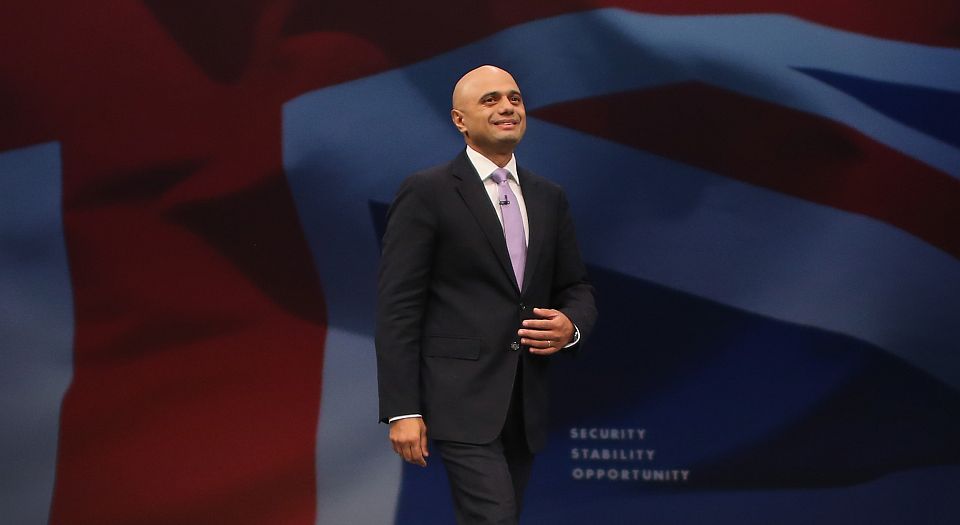 Remember British Day? That was Gordon Brown’s idea. It was one of the more risible initiatives to have cropped up over the past decade, designed to build an inclusive common identity, of Britishness, in a divided, multicultural Britain, which had become split along ethno-cultural lines and, post-7/7, was haunted by the spectre of homegrown terror. Brown’s idea of creating a day of celebration, in the spirit of ‘tolerance and inclusion’, never got off the ground. He quietly dropped it. As did the Lib-Con coalition, after toying with launching a less-divisive-sounding UK Day.

But the Conservatives have now topped these lame initiatives. Communities secretary Sajid Javid has announced that he wants public servants to swear an oath to ‘British values’. In a piece for The Sunday Times, he said: ‘If we are going to challenge [intolerant] attitudes, civic and political leaders have to lead by example. We can’t expect new arrivals to embrace British values if those of us who are already here don’t do so ourselves.’ He got the idea from the Casey report, which warned earlier this month that certain ethno-religious minorities were living parallel lives to mainstream Britain.

The oath has already been dismissed as the Conservatives ‘throwing a dead cat on the table’ to distract from Brexit. Maybe that’s true. But it’s at the very least in keeping with the government’s British values campaign, in that it is entirely superficial, not to mention contradictory. In 2011, as part of the revamped counter-terror Prevent Strategy, the government placed a duty on public institutions to ‘actively promote’ what it deemed to be British values, which included ‘democracy, the rule of law, individual liberty, and mutual respect and tolerance of those with different faiths and beliefs’. And yet, in practice, the campaign has rung hollow.

Alongside bland school initiatives, like mock elections to teach children about democracy, the way the British values campaign has been rolled out, particularly in schools, has undermined the very values it claims to champion. So far, the government’s promotion of tolerance – a crucial ‘British value’, we’re told – has entailed profound state intolerance, from one primary school quizzing Muslim pupils about whether they thought their ‘religion is the only correct one’ to Ofsted placing a Christian schools in special measures because of its pupils’ attitudes to lesbianism and transgenderism. This is not about promoting liberal-democratic values; it is about enforcing socially acceptable attitudes.

The British values agenda is a response to a real lack. Rather than seeking to respond to Britain’s dessicated sense of self, its lack of a coherent identity, or mission, now that Queen, Country and Empire have rightly rotted away, since the 1990s successive governments have celebrated diversity and difference as if they were ends in themselves. Rather than seek to foster a truly democratic, truly tolerant exchange of views, in which a set of common values might be articulated, they merely boxed people up, funded tinpot community projects, and recast judging certain groups’ ideas as something akin to hate crime.

Javid is right to say that Britain’s identity crisis stems from within British society itself. The idea that migrants’ failure to integrate is down either to their own cultural intransigence or to native Brits’ intolerant rejection of them flies in the face of the facts. Even in the face of genuine ugly prejudice, previous generations of migrants saw in Britain, in Western liberal democracy, something they wanted to be a part of. The fact that extremism in the UK is largely homegrown, manifesting among born-and-bred Brits whose parents and grandparents had been keen to integrate, shows that the crisis of so-called British values is homegrown, too.

But for all its feigned bombast, the British values campaign is only a slight riff on the draconian non-judgementalism promoted by New Labour. While Blair and Brown championed diversity, the march of hate-speech codes, equality law and the Islamophobia industry demonised those who dared question, or dislike, certain groups. Similarly, in the name of tolerance, the British values campaign is clamping down on migrant communities who cling to their cultural backgrounds, who dare to believe ‘their religion is the only correct one’, and who may even take issue with the tenets of liberal democracy itself.

If Javid’s announcement was a dead-cat trick, it worked: his piece was barely off the presses when tweeters started lambasting the move as anti-migrant, old-fashioned jingoism. In truth, the given definition of British values amounts to a harmless summary of liberal, democratic values. Yet the fact that the government seems incapable of promoting freedom, democracy and tolerance without recourse to illiberal, intolerant and anti-democratic methods speaks to how corroded these concepts have become. Values can’t be ‘promoted’, much less enforced, by government diktat; nor can they be distilled in an oath. They are lived, and felt. The state can’t blame migrants for rejecting these values, when it continues to conspire in their demise.