Both of Labour's warring sides are using Jews as weapons. 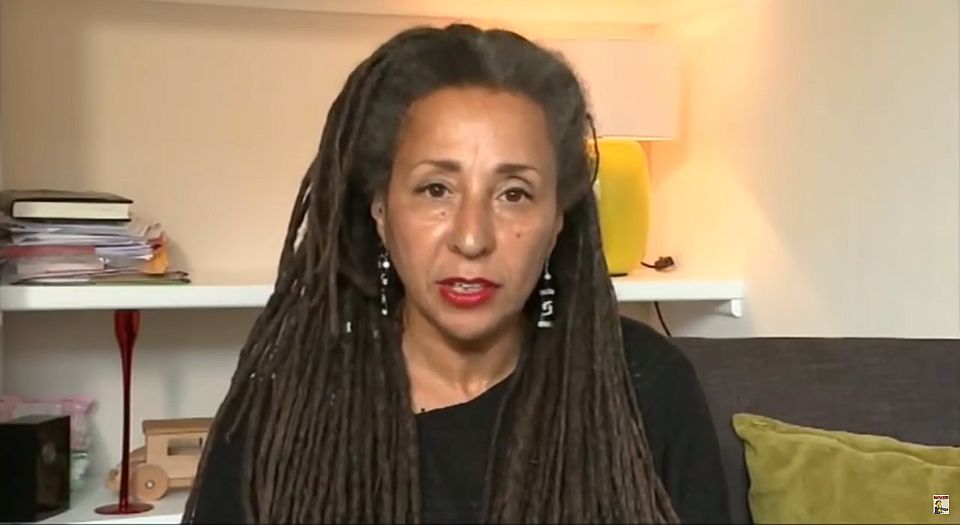 ‘Does Labour have an anti-Semitism problem?’ This was the question posed at a fringe event, organised by the Corbyn fan club Momentum, at the Labour Party conference last week. If the event was meant to rebut the widespread accusation that Labour does have an anti-Semitism problem, no one told either those Momentum supporters distributing leaflets accusing the Jewish Labour Movement of representing a shady foreign power or Momentum’s now-sacked vice chair, Jackie Walker, who, to loud cheers, told the room that anti-Semitism was ‘no more special than any other kind of racism’, and that if there is anti-Jewish feeling among Labourites, so what? ‘The Labour Party, after all, is simply a reflection of society.’

Not that Walker’s less than wholehearted opposition to anti-Semitism was a surprise. After all, this was the woman who, earlier this year, took time out from proclaiming her Jewish and African ancestry to call Jews ‘the financiers of the sugar and slave trade’ and the creators of ‘the African holocaust’. And now, thanks to persons unknown, a video has been leaked of Walker’s behaviour at a Labour anti-Semitism training event, in which she tells the course leader: ‘I haven’t heard a definition of anti-Semitism that I can work with.’

If certain Labour members’ continued waltz with anti-Semitism is hardly a shock, even more predictable was the gleeful response of Labour’s parliament-based sect, the Anti-Corbynistas. Principal member and Labour MP Wes Streeting condemned Momentum and Walker, telling BBC Radio 4’s Today programme: ‘This isn’t ambiguous. This is a classic anti-Semitic trope, at our conference.’ Fellow anti-Corbynista Luciana Berger, who proudly resigned from the shadow cabinet in July in protest at the Labour leader, joined in the condemnation: ‘There are too many examples of where my Jewish parliamentary colleagues, where my Jewish council colleagues, where Jewish members have been attacked because they are Jewish. We need to stamp it out.’

This is now the pattern of Labour-on-Labour conflict. A Labour member, perhaps an MP, or even an ex-mayor of London, says something like ‘Hitler was the Zionist God’, workers are being exploited by ‘the Jewish-Zionist bourgeoisie’, or Israeli Jews should all be ‘transported’ to America en masse, and not only are the individuals involved condemned, suspended and sometimes expelled – they’re also taken as manifestations of Labour under Corbyn, signs of the stinking party-political fish now rotting from its head down.

Charges of anti-Semitism really do appear to be what Corbyn’s supporters say they are: part of the anti-Corbyn campaign, cheap shots taken by Labour MPs desperate to take Jezza down. So every time one of Labour’s resident ignoramuses runs off his or her mouth about the ‘Zionists’, or suggests a shady conspiracy, the anti-Corbyn brigade quickly blame it on the reign of their nemesis. ‘Thanks to Corbyn’, writes one Guardian journalist, ‘the Labour Party is expanding, attracting many leftists who would previously have rejected it or been rejected by it. Among those are people with hostile views of Jews.’ An Observer columnist went further: ‘[Corbyn is] continuing a tradition of Communist accommodation with anti-Semitism that goes back to Stalin’s purges of Soviet Jews in the late 1940s.’ And with every missed opportunity to right its course, concluded the New Statesman, ‘the more anti-Semitic Corbyn’s Labour is revealed to be’.

Listening to those exploiting every whiff of anti-Semitism to try to undermine the Labour leader, anyone would think that Labour’s anti-Semitism problem is really a Jeremy Corbyn problem. He’s seemingly the source of party members’ tin ears, the man who made it okay to talk about ‘Zios’, issue half-baked theories of Israeli imperialism, and play down the unique moral horror of the Holocaust. Get rid of him, and all will be right (or at least centre-right) with Labour again. Such is the simplistic logic of the anti-Corbyn faction.

There’s a real danger in using anti-Semitism to undermine and score cheap points against Corbyn: it diminishes and trivialises the problem of anti-Semitism. It reduces it to Corbyn and Momentum, the bad apples in Labour’s barrel, easily sorted, and easily solved. And, in doing so, it ignores the extent to which anti-Semitism, especially its cultural variant, has sunk its roots in the left, and is now flourishing, an anti-Zionist bloom on the anti-capitalist branch.

This is not to say the Labour left or the left more broadly openly advocates anti-Semitism. Anti-Semitism has historically been the preserve of the political right. It was there that the conspiratorial tropes of anti-Semitism developed, its scapegoating zeal fuelled by a ruthlessly biologising nationalism, before, following a postwar hiatus, it was to find its most articulate home, complete with talk of Zionist conspiracies and blithe blood libelling, among Islamists, with the conflicts in the Middle East providing the apparent just cause. So the contemporary left has not led anti-Semitism, but, having long since sacrificed its Enlightenment commitment to universalism at the altar of identity politics, it has increasingly found itself unable to resist the political siren’s call of anti-Semitism. It has too often acquiesced to anti-Semitism.

Of course, those left-wingers, Labourite or otherwise, fingered as anti-Semitic never think of themselves as such. They’re anti-Zionist, they say. It’s the Israeli state they’re opposed to, not Jews as a whole. Yet the distinction rarely holds up, not least because their opposition to Israel, indeed the obsession with the Israeli-Palestinian conflict, is so overdetermined. It’s not born of some actual, let alone vested, interest in this one particular conflict out of all the other conflicts in the world. No, it’s fuelled by their opposition to what Israel represents – its nation-building futurity, its embrace of liberal capitalism, its sheer modern-ness. And ultimately, that image of Israel, as the exemplar of capitalist modernity, both feeds into and draws on what anti-Semitism has always held Jewry to represent: the moneyed power behind the throne, and the source of the world’s problems.

Corbyn may have semi-consciously likened the Israeli state to the Islamic State, and some of his party supporters may parrot guff about Hitler being a Zionist. But the problem of anti-Semitism runs far deeper than Corbyn and Co. It touches on the political and moral disorientation of the left itself. Unwittingly, the anti-Corbyn set, by narrowly using the anti-Semitism charge to dislodge a leader they don’t like, are obscuring the breadth of the left’s flirtation with anti-Semitism today.