You want freedom of movement? Then fight for it

Liberalising migration without first convincing the public is a mistake. 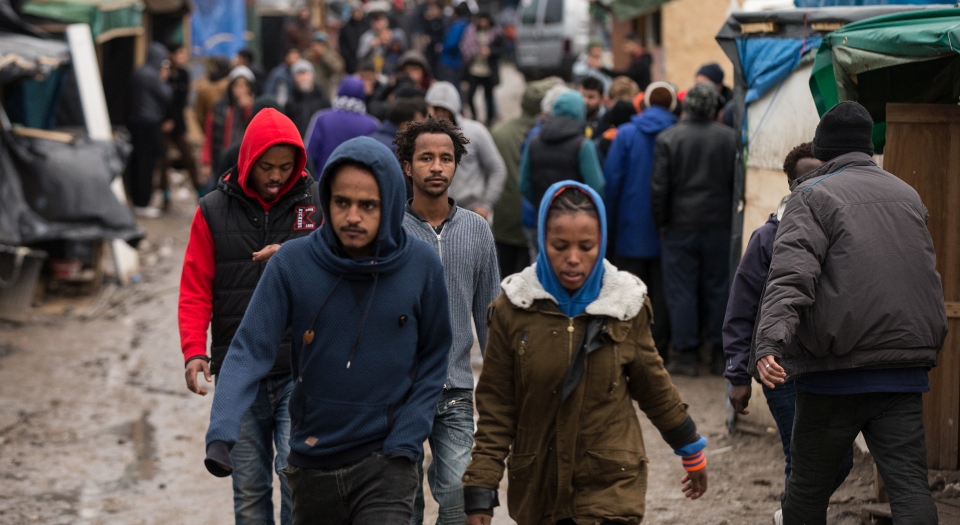 Sovereignty is the word of the week in Westminster. Following prime minister David Cameron’s announcement of June’s EU referendum, a debate raged in the Commons last night as Eurosceptics, led by the Brexit camp’s newfound Tory ‘big beast’ Boris Johnson, about whether Cameron’s renegotiation package has managed to claw back any sovereignty from Brussels.

The In campaign’s response to the charge that the concessions Cameron gleaned from EU leaders – including an ‘emergency brake’ on in-work benefits for migrants and an exemption from ‘ever-closer union’ – amounted to little more than a fig leaf was far from inspiring. Leaving the EU, Cameron said, amounts to an ‘illusion of sovereignty’. Though immigration remains at the forefront of voters’ minds, we’ve been told that a Brexit will do nothing to end the mass migration that has rattled Europe in the past year.

As Stuart Rose, chairman of the unfortunately acronymed Britain Stronger in Europe (BSE) campaign, put it last month, ‘immigration isn’t going to go away’. The argument goes that not only will leaving the EU not stem the tide of migration springing from wartorn Syria and elsewhere, but, if a post-Brexit Britain wants access to the single market, it will inevitably have to acquiesce to free movement within the EU, and Brussels quotas on non-EU refugees to boot.

It was a telling response, shot through with the anti-democratic, responsibility-dodging sentiment that has fed the European project from the start: the EU imposes policy on member states, and governments, ever-keen to insulate themselves from responsibility, ‘begrudgingly’ go along with it. Immigration, one of the British public’s biggest, ongoing concerns, is, we’re told, simply out of our hands. In or Out, there’s no fighting it. In Europe, the sovereignty of parliament, let alone the will of the people, is always subordinate. Boris and Co better get used to it.

But we didn’t need a referendum debate to drive this message home. As the migrant crisis has deepened over the past year, the anti-democratic fabric of the EU has been on full show. In the past week, Austria – a country ensconced in Europe’s borderless Schengen Area – has raised the ire of the Eurocrats for limiting the number of asylum applications to 80 per day. EU migration commissioner Dimitris Avramopoulos called it ‘plainly incompatible’ with EU law. Meanwhile, Hungary continues to be the bête noire of the continent, after introducing razor-wire fences in September to keep migrants out.

Forget fisheries policy and banana-straightening regulation, immigration policy is the sharpest expression of the anti-democratic sentiment of European elites. This is particularly keen in the UK, where New Labour’s relaxing of the borders in the 2000s reflected not only an open contempt for popular sovereignty, but a barely veiled disgust for the blob-like demos itself. As the former government adviser revealed in 2009, New Labour’s relaxing of the borders was an attempt to make Britain ‘truly multicultural’ and to ‘rub the right’s nose in diversity’. Effectively, immigration became a tool of social engineering, to make Britain less white, gruff and backward.

Today this elitist prejudice has only become more pronounced. Leftish commentators think little of smearing native Brits as a bunch of irrational bigots, responding to the ‘dog-whistle’ politics of the right. ‘Britain and the rest of Europe have deliberately been whipped up into a state of panic over migration’, wrote one New Statesman scribe, ‘and when people are panicking, they don’t really listen to reason’. The migrant-wary masses have been cast as a prejudiced problem to be managed, rather than citizens to be reasoned with.

The exhaustion of the pro-migrant lobby in response to the migrant crisis has only emphasised this contempt. ‘Pro-migration arguments have so far relied entirely on myth-busting and fact-flinging, which is counterproductive’, wrote Zoe Williams in the Guardian last week. But though the recognition that stats alone, without any of the principled, moral arguments to back them up, are doomed to fail is a welcome one, the solutions offered are just as patronising. We’re told that Brits need to be appealed to on the level of emotion, including ‘personal experiences of being treated by foreign-born nurses and doctors in the NHS’.

There’s a reason immigration has become such a defining issue. Though the migrant crisis, the scale of which has been unseen since the Second World War, has heightened long-standing concerns about the threat posed by mass migration, the immigration issue also expresses a much deeper discontent. That is, the detachment the masses feel from politics, and their resentment for political elites – whether they be in Whitehall or Brussels – passing laws ‘for their own good’. Immigration has become a lightning rod for the desire of the masses to assert control over a political machine that has for a long time whirred on in spite of them.

spiked wants immigration to be as liberal and as free as possible. Long before the migrant crisis, we made the case for all people – whether they’re within Fortress Europe or without – to have the freedom to flourish wherever they please. But if we want to open the borders, we need to win the argument first. Rather than treating the masses as thick-headed racists, and migrants as a flesh-bound battering ram to progress, we need to make the case for freedom, and how it enhances all of our lives. We need to revive popular sovereignty, and reject the idea that the masses are there to be managed.