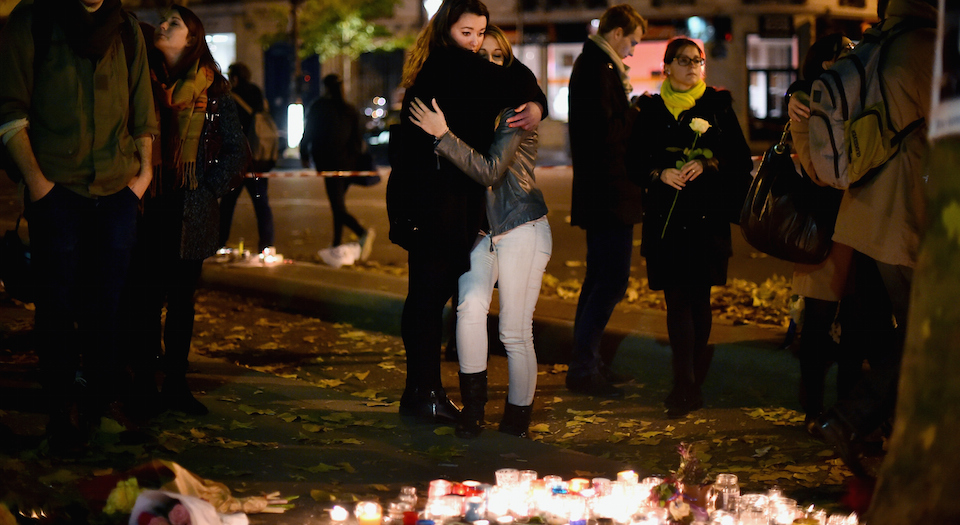 ‘If you want to strike at the sinful west, you pick a Friday night. While devout Muslims are fresh from prayer, young Parisian non-believers are knocking back the booze’, wrote Roger Boyes, diplomatic editor at The Times, this week. ‘Islamic State killers made their point about a clash of civilisations: frustrated young men ready to blow up revellers of a similar age because they are seen as representatives of a corrupt society in terminal decline.’

As with much of the commentary about the Paris attacks, you have to wonder who is making what point here. The killers apparently had enjoyed their own share of Friday-night revelling, before deciding that the road to virtue lay in mowing down as many members of the public as possible. And it wasn’t only young people they set out to murder: families at restaurants, the crowds at the Stade de France… Anyone who happened to be in that part of Paris would do.

Still, the death toll at the Bataclan has focused attention on the youth of many of the casualties. ‘It was my generation’, said a young woman interviewed by BBC News during the commemorations on Monday. ‘Last Friday in Paris was the slaughter of the young by the young’, wrote Alice Thomson in The Times. And there will be something to say about the generational character of the Islamic State and the reaction to it among Western youth: even if it remains unclear exactly what that is.

Young people, not older people, are travelling from Britain, France, Belgium and other parts of Europe to join IS. To understand what drives them to Syria, you would need to know something about IS, which few commentators really do. To understand what drives them away from, and against, the nations in which they grew up, you would have to recognise the depth of the crisis of Western values, which few commentators are prepared to do.

Instead, those who are seeking to understand why this growing terrorist movement has come about tend to fall back on the more familiar ‘why?’ of their own youth. The generation who grew up deeply affected by the struggles of the Sixties and Seventies, when anti-war campaigns were framed by opposition to such conflicts as the Vietnam War and the Algerian War, are used to pointing the finger at Western governments and the bloodshed caused by colonial wars and foreign-policy adventures.

We know that these conflicts were cold-blooded and politically motivated, and that many of their victims were civilians, including children. We know that interventions in the Middle East by the powerful West have destabilised regions and inflamed tensions. The opposition to these conflicts wrote and followed a now familiar script: these interventions were immoral, and their effects have proven dangerous.

But that was then and this is now. Attempting to analyse the ‘why?’ of IS in terms of the drama that affected youth in the Sixties and Seventies – or even the Eighties and Nineties – only confuses our understanding of this new generation of terrorists. The suicide bombers determined to wreak fear and destruction in the West are not, after all, following the script laid down by previous generations of freedom fighters; they are writing their own warped screenplay, which seeks no progressive cause, and has nothing positive to say.

And the response of our own young people – by which I mean, any young person who identifies more with life in a liberal democracy than with the backward nightmare offered by IS – needs to be properly comprehended, too.

In a perceptive article published in 2005, sociologists June Edmunds and Bryan S Turner suggested that the 9/11 terrorist attacks might be significant in forging a new, generational consciousness among young people coming of age around the millennium. ‘The New York attacks could create a 9/11 generation that will be conscious of the negative effects of terrorism on their life-chances (for travel, urban security, global employment, civil liberties, national identity and relationship to religious movements and the Third World), thereby dividing them from the Sixties’ generation, which experienced the global world, especially after the Cold War, as an open space’, they argued. ‘This new global generation is likely to be less complacent than the generation that preceded it.’

Edmunds and Turner emphasise the role of the growing globalisation of experiences and protests that has enabled individuals from diverse geographical locations to experience a traumatic historical event as a common, generation-defining experience. The Baby Boomer generation, they argue, began to experience global events more directly, partly thanks to the media, which brought foreign conflicts closer to home. By the time of 9/11, the world was far more closely connected, through the internet, travel and migration.

And that, I would argue, was all very positive. The cosmopolitanism with which the so-called millennials grew up, the diversity of their own communities, and their access to direct and indirect experiences of other countries at the click of a mouse or the purchase of a cheap airline ticket, stands as one of the most inspiring developments of the twentieth century. The idea that these young people could come to adulthood with the sense that the world could, or should, no longer be ‘an open space’ is grim indeed.

But it was not inevitable that the millennials should see their future in this way. The fact that 9/11 elicited the kind of generational response described by Edmunds and Turner is not a consequence of the attacks themselves: in a different time, framed by different ideas, these same horrific actions would not have led to an assumption of closed possibilities and febrile unease. Rather, the events of 9/11 concretised a set of pre-existing apprehensions that were developed within Western societies themselves.

In The Minimal Self: Psychic Survival in Troubled Times, published right back in 1984, the brilliant American thinker Christopher Lasch described a culture of ‘survivalism’, in which the goal of history becomes little more than the management of one’s personal life in an uncertain present. ‘The hope that political action will gradually humanise industrial society has given way to a determination to survive the general wreckage or, more modestly, to hold one’s own life together in the face of mounting pressures’, he wrote. ‘The danger of personal disintegration encourages a sense of selfhood neither imperial nor narcissistic but simply beleaguered.’

The millennial generation, for all the opportunities afforded to them by a world of open space and personal liberty, was raised in a culture that was already closing down. Bereft of the structures of the past and uncertain about the future, 9/11 seemed to confirm a prejudice that there was too much fun and freedom, that this was, indeed, Judgement Day. And we hear that again, in the wake of the Paris attacks. When the diplomatic editor of an establishment newspaper like The Times tells us, ‘If you want to strike at the sinful west, you pick a Friday night’, most will know what he is getting at, even if they disagree with the sentiment he is describing. And that is genuinely frightening.

The cosmopolitanism of the millennials has also taken a strange twist, thanks to the ‘beleaguered selfhood’ described by Lasch. Unease about the way expressions of solidarity with Paris seem to have trumped how much we care about victims of IS in Lebanon, Syria or elsewhere in the world, could be seen to express a new form of global empathy, a wider compassion than that allowed for by the nationalistic or Eurocentric sensibilities of the past.

But it doesn’t. Of course, images of mangled bodies are affecting, wherever they come from – and developments in global media have been important in making us viscerally aware of atrocities far away in the world. Yet the idea that solidarity can be equally felt and distributed merely demonstrates the shallowness of such concepts as ‘global citizenship’.

One consequence of the rise of the beleaguered self, Lasch argued, ‘is a kind of emotional retreat from the long-term commitments that presuppose a stable, secure and orderly world’. If we are failing to identify more with our European neighbour, with whom we share so much culture, history and experience, than with images of barbarism from far less familiar parts of the world, then our sense of solidarity has not expanded, but contracted. Caring more about other people should not mean that we care less about our own. Once you start trying to divide compassion like a pie, it becomes virtue signalling: the twenty-first century equivalent of ‘let them eat cake’.

The kind of generational consciousness developed today is informed, on all sides, by an imperative that things should be closed down. How great it would be if the response was a new determination to claim the world as a truly open space, in which freedom and commitment became the rallying cries for the battle against nihilism and fear.