It’s less a struggle for Labour’s soul than two cliques squabbling over a corpse. 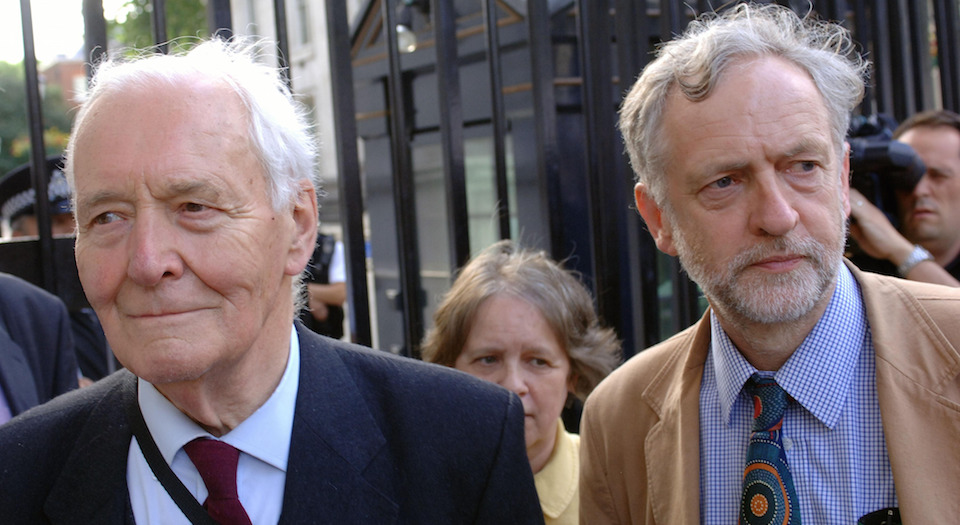 The new £3-a-vote system for electing the Labour Party leader, introduced under Ed Miliband in 2014, was supposed to reduce the power of the trade unions and MPs and make the party appear more open and accountable. Instead it has produced an electoral farce dogged by accusations and counter-accusations of infiltration and ‘entryism’ by Tories and Trotskyists, allegations of secret conspiracies and claims of things being manipulated by the unions, multi-millionaire Blairites and the media. It might be enough to make some Labourites pine for the sort of no-nonsense, undemocratic fix that made the useless Miliband leader in the first place.

The election campaign for a new leader, we were all assured after the debacle of Labour’s defeat in May’s General Election, would look outwards: focusing on what Labour should stand for today, and debating the principles and policies needed to make the party electable again. Instead Labour has spent the past three months staring up its own rectum, focused on internal rows over the electoral rulebook and whether it would be best to rip up a few thousand dodgy votes or rip them all up and somehow start the process over again. Labour’s affairs look less like 21st-century public politics than the introverted politicking of a back-stabbing kingly court 500 years ago.

There is something more amiss here than a technical glitch in the electoral rules or the stupidity of offering anybody a leadership vote for less than the price of a (London) pint. These are symptoms of a rather bigger problem. The leadership election looks like the latest stage of the extended public funeral of the Labour Party.

The self-deluded Labour left is cock-a-hoop as it prepares to celebrate Jeremy Corbyn’s predicted election as the new Labour leader. But what is there left to lead?

The last time the Labour left had such fun was back in the early 1980s, when it almost got Tony Benn in as deputy Labour leader and then wrote the voluminous manifesto for the 1983 General Election. After Labour was routed by Margaret Thatcher’s Tories at the polls, that document became famous as ‘the longest suicide note in history’. In keeping with this tradition, critics have described the current Labour tear-up as the longest suicide in political history. If so, it results from a long-term suicide pact involving not just the ‘Corbynite’ left but all of the Labour factions.

In fact the Labour Party appears well past suicide, assisted or otherwise. Displaying the old left’s indefatigable talent for turning the truth on its head, Corbyn’s breathy fans claim that they are ‘breathing new life’ into Labour. Somebody should tell them that you need to be even more superhuman than ‘JC’ to breathe life into a cold corpse.

As I suggested on spiked last week, Corbyn’s rise – like that of Tony Blair – is entirely due to the demise of the Labour Party. Labour was already a living dead, zombie political party before Blair’s New Labour set exploited its disintegration to take over. Now Corbyn and Co are trying to repeat the trick from the left. As with the Blair v Gordon Brown bunfight, the current leadership contest is little more than a struggle to see which symbolic new head can be sewn on to the zombie body.

There have been a lot of arguments about ‘entryism’ by false friends of Labour during this campaign, with allegations that organised outside factions are sneaking into the Labour vote. The three mainstream candidates’ camps have claimed that thousands of Tories, hard-left Trotskyists and other trouble-makers have paid their three quid to enter the fray and vote for Corbyn. Meanwhile Corbyn’s supporters accuse Blairites and right-wing opportunists of practising longer-term ‘entryism’ to corrupt the party for their own ends. A widely-circulated article in the old Stalinist paper the Morning Star (yes, like the Labour Party, it still appears to exist) demanded ‘Who are the real entryists?’, pointing the finger at the Labour lobby group Progress and its capitalist benefactor Lord Sainsbury for backing the Blairite leadership candidate Liz Kendall.

All of this looks less like classical entryism than a form of political necrophilia – not so much entering a mass party to change the course of UK politics as penetrating the dead for your own perverse and short-lived satisfaction.

It should be clear by now that this is not a political struggle for the (long-departed) soul of the Labour Party between left and right, but rather an in-fight between two alternative cliques. On one side there is the obvious elitist clique of New Labour-style careerists, representing little beyond their own hides and represented by the three interchangeable candidates known as ABC (Anyone But Corbyn).

However, on the other side of the courtly power struggle, behind the illusory pro-Corbyn ‘movement’, is an equally self-serving and unrepresentative clique. The main movers here are the leaders of the biggest union, Unite, who have latched on to the Corbyn ‘insurgency’ to try to secure their future influence over the party. Like everything else about the labour movement today this is a symptom of weakness rather than strength, as the hollowed-out shells of the once-powerful trade unions are reduced to hiding behind the beard of a veteran nonentity lefty. Alongside Unite in the pro-Corbyn clique are a motley crew of public-sector professionals, journalists, academics and a sprinkling of economy-Brand celebrities, all seeking to shore up their personal standing.

Reports that thousands of new Labour supporters have signed up to support Corbyn might give an impression of something more than a clique at the heart of his campaign. But just paying three quid for a postal vote means little more in terms of political passion or commitment than paying for a phone vote in a TV talent contest or signing one of those countless online petitions that pass for political protest these days.

Back in the 1980s that everybody keeps harking back to, Benn came to the fore as the charismatic leader of a strong left-wing current inside a powerful labour movement (and even then both he and the Labour Party lost). By contrast today, Corbyn – who has never led anything or made a political mark in 32 years as a Labour MP – has appeared from nowhere as the uncharismatic anybody-but-Blair figurehead for a clique taking advantage of the disintegration of the defeated Labour Party.

The way that that the leadership election has descended into petty rows over procedure and voter registrations highlights the emptiness of this supposed contest. There has been no meaningful political debate or divide at all. Thus the only time Corbyn has really got a public reaction to a specific proposal was this week, when he floated the world-shaking idea of… women-only carriages on the Tube. To the barricades, sisters and brothers – in separate compartments!

In the 1980s heyday of entryism, small numbers of dedicated Militant Tendency activists famously took over the empty husks of Labour Party branches. This carry-on looks like a caricature of that entryist era, with non-activists trying to take over the empty shell of the entire Labour Party via the web and the Royal Mail. This is not so much, to paraphrase Lenin, a case of the left supporting the Labour Party ‘as a rope supports a hanging man’, but rather holding the corpse up in a desperate bid to give the appearance that it is still alive.

No good can come of anybody trying to enter or manipulate the zombie body of a Labour Party that, even in its prime, held a dead hand over progressive politics in Britain. To paraphrase another slogan of the 1980s – if you want change, Choose Life, and Just Say No to political necrophilia.