Jeremy Corbyn: a sinner against the Third Way 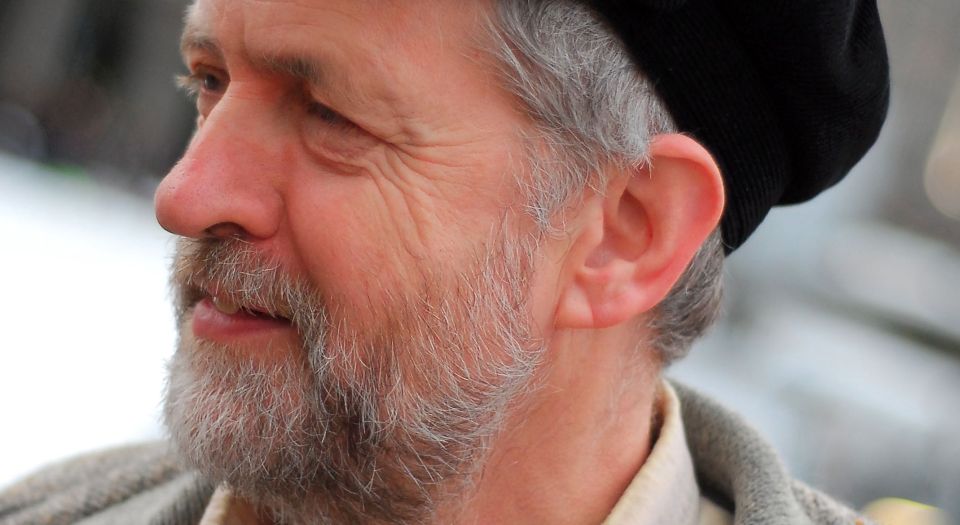 The Labour leadership contest. To say I don’t have a dog in this fight is an understatement. Labour isn’t my party, and never will be. In fact, sticking with the dog metaphor, my preferred path for Labour is that it be put out of its misery: if you were to keep alive an animal that was in as prolonged a death agony as Labour is, you’d be banged up for cruelty.

Yet in spite of that, I find myself concerned about the way in which one of the ‘dogs’ is being talked about. The dog is Jeremy Corbyn, bearded Eighties throwback, an Open University lecturer preserved in formaldehyde. Whatever you think of Corbyn (I’m not a fan), you should be worried about the outbreak of Corbynphobia across the political sphere.

Corbyn is the new Nigel Farage, setting the chattering classes’ teeth on edge, causing handwringing everywhere from Tony Blair’s clique to Polly Toynbee’s Twitterfeed. Why? Because, like Farage, he dares not to occupy the middle ground. He has the temerity to believe in something beyond getting elected. He has principles and he isn’t very big on compromising them. And these are tantamount to crimes, or at least to recklessness, in this era of Third Way unpolitics, when to be ideological is to be suspect, and to refuse to shave off your political edges in the name of winning a seat is to be viewed as sectionable. The anti-Corbyn panic speaks to the violent shrinking of the political landscape, and to the demonisation of anyone, whether left or right, who sets one single foot outside that landscape.

The reaction to the growing popularity of Corbyn among Labour members, who will soon elect their new leader, has been extraordinary. Tony Blair warned that Labour won’t win any elections with Corbyn at the helm. ‘When people say “My heart says I should really be with that politics”, [I say] “get a transplant”’, said Blair. ‘That politics’ — by which Blair means soft left radicalism — doesn’t sit well in the post-ideological shrunken political sphere, and therefore anyone who backs it literally needs a change of heart.

In the Guardian and New Statesman — house journals of the British left — there have been stern warnings to Corbyn’s backers. The NS sneers at them as ‘purity leftists’, claiming they’re supporting the bearded one simply to show they are decent, right-on people, as a means of ‘virtue signalling’. They’re more interested in being pure than in partaking in the ‘compromises of power’, apparently. In short, their crime is to refuse to genuflect at the altar of the Third Way, where pusillanimity is a virtue and gutlessness is next to godliness. A senior Guardian columnist says the ‘Corbyn tribe’ holds ‘non-negotiable’ views, which are ‘impregnable to routine political arguments about electability, popular appeal and the like’.

It speaks volumes about how deeply entrenched the dirge of the Third Way has become when a politician can be so scolded for refusing to sacrifice his beliefs in the name of ‘electability’. Once, standing by your ideals, and fighting for them, was considered a good thing. Think of Aneurin Bevan saying, ‘We know what happens to people who stay in the middle of the road — they get run down’. Or Thatcher’s famous line, ‘The lady’s not for turning’. Today, turning is all the rage. Caving in is the fashion, though it gets tarted up as ‘consensus politics’. Everyone’s in the middle of the road. Those foolish few who remain on the sides of the road, whether it’s Farage on the right or Corbyn on the left, are treated as bemusing creatures, aliens, uncompromising. That’s actually uttered as a dirty word: uncompromising.

The essence of Corbynphobia was summed up in a newspaper editorial which claimed his growing popularity is a ‘symptom of a bigger problem: Labour’s drift from the middle ground’. So the middle ground is the only acceptable place in politics? The middle ground has become a kind of black hole, sucking in everyone and everything. The crisis of both right-wing confidence and left-wing ideas in recent years has generated a tyranny of middle-thinking, of safe, consensual ideas, where politics has come to mean little more than managing the economy and everyday life, and where argumentativeness has been recast as bullying. ‘Abandon ideology all ye who enter here’ — they should hang that at the entrance to parliament.

What gets presented to us as a soft, caring new politics of consensus is in fact an intolerant new conformism, as Farage and Corbyn have discovered. Refuse to elevate electability over all other concerns, refuse to sing from the same PC, mild-mannered, green-tinted, low-horizoned, post-politics hymn sheet as everyone else, and you’ll become an object of scorn. It never seems to strike these people that there might be more important things than getting elected, than being popular. Like staying true to yourself. Like believing in something. If today’s tyranny of conformism disguised as happy-clappy consensus had been around in the 1600s, 1700s and 1800s, we’d all still be living as serfs in huts with nothing but the occasional jug of bad beer to keep us happy before we died at the age of 33. For every leap forward for humanity came about thanks to people who were — clutch your pearls — uncompromising. Thomas Rainsborough, Tom Paine, Robespierre, Sylvia Pankhurst: they all valued something more than electability, they were all ’impregnable to routine political arguments’, and our lives are better for it.

Nope, Corbyn isn’t of their stature, by any stretch of the imagination. He’s a run-of-the-mill state socialist, incapable of thinking outside the Eighties box. But that’s the terrifying thing: if even someone like that can be castigated for his ‘extremism’, what earthly hope is there for those of us, like spiked, who want to expand the political landscape beyond the middle ground into realms human beings haven’t even imagined yet?