The EU: making a mockery of Greek democracy

The Troika is riding roughshod over the needs and wishes of the Greek people. 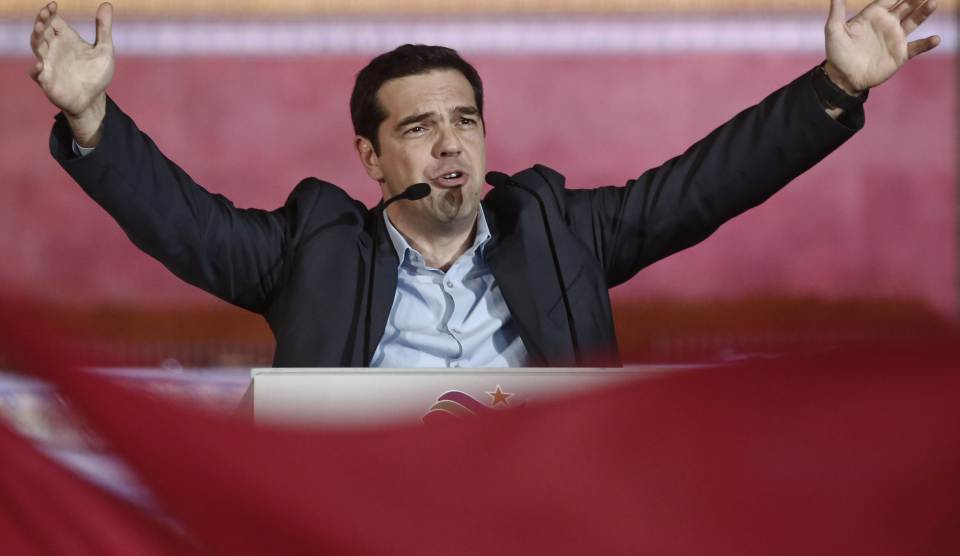 If you want to see how the European Union, aided and abetted by the International Monetary Fund and the European Central Bank, tramples on democracy, all the while insisting that There Is No Alternative, then look no further than Greece, a nation that elected a Syriza-led government to right its socially and politically ravaged course only to be told over and over again by the EU’s leaders that that is not going to be possible. The treatment of Greece is an object lesson in how to demoralise a demos – at every stage, the EU has sought to trump politics with dictates, the popular will with elite design, democracy with technocracy.

In January, when the Greeks voted out the New Democracy party, and voted in Syriza, they did so because of what Syriza promised to do in government (albeit in a coalition). That, after all, is generally the way in a mass democracy. And so it was in Greece: Syriza gained 36 per cent of the vote on the basis of its broad anti-austerity platform. It was going to create 300,000 jobs in the public and private sector, raise the minimum wage by 10 per cent, halt privatisation, protect the Greeks’ substantial pension pot and, key to all this, renegotiate the terms of Greece’s debt-repayment plan with the so-called Troika of the IMF, the European Commission (the EU’s executive body) and the ECB.

That, at least, is what Syriza promised to do. But at every stage of its negotiations with the Troika, the Syriza-led government has been told to row back on the policies the Greek people voted for, or else the money tap will be turned off. ‘You want the next tranche of bailout cash?’, the Troika is saying, ‘then do what we say’. So the promised job increase is yet to materialise, the minimum-wage pledge has been transformed into a vague ambition, privatisation has continued, and now the Greek pension pot is under assault. As for renegotiating the terms of debt repayment, the IMF’s decision last week to pull out of discussions with Greek negotiators on the grounds that Greece was unwilling to meet its creditors’ terms said it all: no deal. And now, with Greece facing a deadline to meet creditors’ demands at the end of this month, the pressure on the Greek government is being ramped up on an hourly basis. The €7.2 billion worth of bailout cash, which Greece desperately needs and the Troika refuses to lend, is now pressed against the Greek government’s temple, with the EC’s trigger finger poised.

Syriza isn’t blameless in this democracy-denying mess. Its electoral promises were always shot through with wishful thinking and wilful disingenuousness. Not just because, as we have written elsewhere on spiked, Syriza’s anti-austerity posturing rested on an ideology informed by the very wellsprings of austerity, especially the green-glossed embrace of a culture of limits. But, also, because Syriza has remained determined to stay in the EU – despite the huffing and puffing about a so-called Grexit. That is, the very move that might have given the Greek nation a stab at determining its own future, as economically and politically painful as that may be, is precisely the move that Syriza has ruled out. Greek prime minister Alexis Tsipras and his comrades might whine about the EU, but that hasn’t stopped them from continuing to suckle at its financial bosom.

But far worse than Syriza’s political cowardice, its half-baked brinkmanship with the EU, is the determination of the Troika to ride roughshod over the will of the Greek people, its smothering of the Greeks’ political sphere with its own, very narrow, debt-servicing agenda. The multi-billion bailout packages, complete with strict conditions and repayment plans, are being used to manhandle a whole nation down the drab alleyway of deficit reduction.

‘It’s entirely down to Greece’, said Germany’s finance minister, Wolfgang Schäuble, in April. ‘Today the issue for Greece is reforming its economy in such a way that it becomes competitive at some point… This has been ruled on so many times by the international courts that the revival of this discussion can only lead to raising hopes with the Greek people that are completely unrealistic.’ From the dismissal of the Greek people’s hopes as ‘unrealistic’ to the invocation of an insuperable legal authority, Schäuble is effectively telling Greece that there is no alternative to what the Troika wants the Greeks to do. Yes, Schäuble, like Mario Draghi, the president of the ECB, may insist that what happens is entirely in Greece’s hands, but that’s like saying that it’s up to a condemned seafarer to walk the plank.

And still the threats keep coming. At the end of May, Klaus Regling, the head of the European Stability Mechanism, was busy telling Tsipras that ‘without an agreement with the creditors, Greece will not get any new loans’. Likewise, EC president Jean-Claude Juncker has accused Tsipras of undermining negotiations between Greece and its creditors, presumably by not simply accepting the Troika’s strict, financially ruinous terms. Even the more Syriza-sympathetic Sigmar Gabriel, Germany’s vice-chancellor and head of the Social Democratic Party, has urged Tsipras to Do The Right Thing. ‘The game theorists of the Greek government are in the process of gambling away the future of their country’, Gabriel wrote in the German tabloid Bild. ‘Europe and Germany will not let themselves be blackmailed. And we will not let the exaggerated electoral pledges of a partly communist government be paid for by German workers and their families.’

While we at spiked are no fans of Syriza, the Troika’s treatment of Greece, its attempt to bend the will of a nation to its own narrow managerial course, is a shocking affront to democracy. It’s not a surprise, of course. As various European electorates have discovered over the past 20-odd years, the EU is actively averse to the popular will, ignoring referendum results and drawing up and imposing treaties from afar. But that shouldn’t detract from the shocking nature of what’s happening in Greece. The EU is determining the fate of a nation according to the deathly imperative of deficit reduction. And, in the process, not only is it ruling Europe, it is also dividing it.