NME and the death of the music press

The decline of music mags reveals a lot about the poverty of youthful ambition. 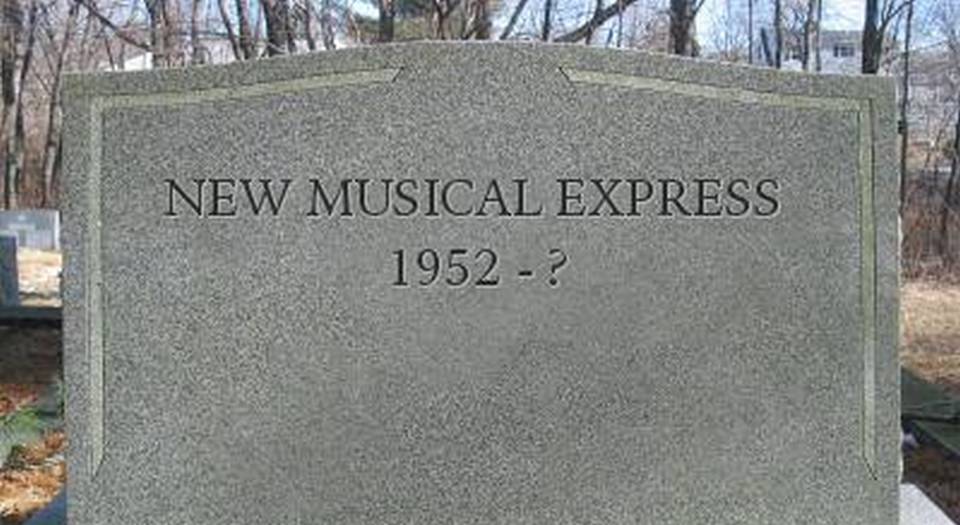 Circulation figures for what remains of the music press are looking very grim indeed. Monthly magazine Q is down to 50,000 copies a month compared to its monthly figures of 200,000 in the Nineties, while Uncut and Mojo are in circulation freefall, too. However, it is the collapse of the iconic New Musical Express (NME) to around 20,000 copies a week that demonstrates the death of pop music in the UK.

NME has followed newspapers in producing a tablet version for the digital age, but shockingly this has only yielded 1,200 subscribers. True, NME‘s website does well enough as a source of pop news, but young people’s unwillingness to invest in magazines featuring music features and reviews (which are not initially on the website) indicates how pop music no longer inspires much devotion in young people today.

As with the decline of paid-for album sales, many will see the decline of the music press as a consequence of the digital age. Who wants to fork out cash for a music magazine, many will argue, when reviews, news and interviews are available for free? Indeed, the American online magazine Pitchfork has succeeded as the go-to place for hipsters, while one UK-based website, The Quietus, has provided a popular platform for thinkpieces on popular culture that the music weeklies once did so well. But neither of these really have the same impact as the UK press once did.

There is an argument that both Melody Maker and NME lost readers when they ditched the irreverent writing and long features in the late Nineties. Well, they certainly became less-readable publications. There was a patronising assumption that young people didn’t want cultural-studies essays or thinkpieces on politics, and so the Top 100 list-mania took their place. But poor editorial changes aren’t the full story. A revamped Select magazine in 2000, for instance, provided longer features and more probing journalism. But it soon went the same way as the Smash Hits-styled Melody Maker and folded in 2001.

Clearly, then, the music press has not been picking up younger generations of readers in the way it used to for quite some time. Instead, it is the music mags aimed at fortysomethings, such as Mojo and Uncut, that continue to sell relatively well compared to NME. That passion for both indulging a fondness for past greats and keeping up with new releases still appeals to those who lived through post-punk. Which raises the question: why doesn’t music grab pop’s traditional heartland, ambitious-minded youth, in the same way as before?

In the Seventies through to the mid-Nineties, the music weeklies were required reading for youngsters – they sold over a million copies per week combined. To be included in lunchtime conversations at further-education colleges or in the school sixth form, it was pretty much essential that you had digested the music press by mid morning. The music press became a much-needed lifeline for those stuck in small provincial towns with dreams of escape. But equally, the music press wasn’t simply metropolitan taste makers telling us how it is. In order to be credible with their readership, the music weeklies reported on emerging scenes and gigs in small-town Britain. You felt that your local venues and record shops were alive with possibilities. And more often than not, they were.

Thus reading NME or Melody Maker was akin to being part of an in-the-know club, always the hallmark of a great publication, and something which music websites today can’t replicate. Each of the weeklies had their own regional stringers reporting on new bands and, armed with the right talent and look, such bands could find themselves catapulted to national recognition pretty quickly. So the music weeklies’ appeal depended, not on marketing and flash redesigns, but on young musicians and budding writers keen to make a name for themselves. The lifeblood of the music press wasn’t talented Oxbridge graduates alone; it was also thousands of bored teenagers using pop music as a source of immediate excitement and long-term escape from Nowheresville.

In the past decade or so, though, that organic, creative drive of young people has ceased to exist in any meaningful way. Instead, staying within the bosom of the family post-university, and well into adulthood, has increasingly become the norm. The social climate needed for youth cultures to begin and flourish is simply not there.

To ‘make it’ locally and then nationally, to be an ‘ace face’ with the best band or club night or fanzine, required a thick skin and some nerve to deal with the cynics, gossips and brickbats. In today’s climate of automatic entitlement and self-esteem protection, though, young people are perhaps less likely to stick their necks out and make their way in the world. Yes, bands, clubs and fanzines were a youthful endeavour, and hardly the equivalent of leading a trade-union revolt, but they still provided qualities that allowed young people to prosper through to adulthood. Indeed, lots of people involved in pop music graduated to bigger and bolder ventures, whether in business, the arts, politics or journalism. Many of today’s star broadsheet writers and broadcasters started off writing for NME.

This is why the decline of NME, as emblematic of the death of pop music and pop scenes, is concerning. If young people aren’t taking those first important steps to become ‘someone’ or to be different, to create a public persona and leave mum and dad behind, then therapeutic mores will have won and young people will lose out in the long run.

Such developments haven’t gone unnoticed. In an interview a few years back, indie legend Edwyn Collins and his wife/manager Grace were despairing at their then 20-year-old son, Will, and his mates. ‘They need a lot of propping up!’, said Grace. ‘D’you know what Edwyn had done by the age of 25? Started a label. Made a load of seminal singles. Recorded four albums. I tell Will, “You ain’t got plenty of time! Look at you all sitting there with your PlayStations. I can see it now: we’ll be 71, 72, you’ll be 40 sitting there with your great big pot bellies playing Fifa 30!”‘

Neil Davenport is a teacher and former music journalist based in London.